The Strike in Southern Europe

A storm is brewing in Southern Europe. In Greece on November 6 and 7 another general strike will take place. On November 14 Portuguese, Cypriot, Spanish and Italian trade unions intend to go on strike in opposition to the austerity policies of the European Union. Belgian and British trade unions, as well as the European and German trade union confederations, are also calling for action. If the mobilization is successful, this transnational strike will be a milestone in the formation of a European protest movement desperately needed to prevent the final demolition of the European welfare states. 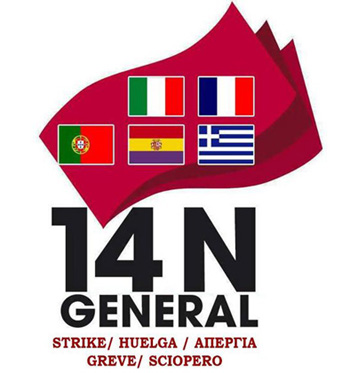 Unfortunately, the German contribution to this protest movement has thus far been rather meagre. Tens of thousands of people have indeed taken to the streets in Germany this year demonstrating against the dictates ordering cutbacks coming from the Troika (European Commission, European Central Bank, IMF), and in favour of the redistribution of societal wealth. The participation of the German trade unions, however, has left much to be desired in each case, to say nothing about strike action. The realization that German workers will ultimately also be affected if demand in our neighbouring countries massively collapses appears to be asserting itself only slowly. And there are legal obstacles. While political strikes are permitted in most European countries, German trade unions are legally permitted to strike only in pursuit of collective agreements. This absurd limitation of a fundamental democratic right must at long last be abolished. We too need the right to a political strike in Germany!

Events in Southern Europe show the political strike to be an indispensable tool for self-defence. What the EU and the International Monetary Fund are demanding of states such as Greece and Portugal has nothing to do with neutral crisis management, but is rather brutal class struggle executed from above. Cutbacks and elimination of government services are targeted only at ordinary people. Only sales taxes are being increased, while high incomes and economic assets are spared, and corporations are relieved of tax obligations. But that’s not all. In order to implement even more drastic reductions in wages, workers and their organizations are being weakened and deprived of rights. In such a situation political strikes can serve as the last line of self-defence.

It would be a mistake to believe though, that only the over-indebted states in crisis are being confronted with attacks on trade union, social, and democratic rights. Indeed, the European Court of Justice has decreed in various cases that free collective bargaining, the national right to strike, employment laws, even freedom of expression, and the protection of human dignity, all encounter limits when confronted with the right of corporations to unrestricted freedom in the single market. A rectification of this scandalous judgement, which grants corporations the de facto right to wage dumping, has yet to be achieved.

We need a socially progressive clause added to European Union treaties clearly stating that basic social rights have priority over rules pertaining to competition and corporate freedoms. A socially just Europe can only exist if we succeed in turning the tables. We must be able to limit free trade in services, the freedom of corporations to establish operations, the free flow of capital, and competition policies in the interests of employees and trade unions. •

Sahra Wagenknecht is co-vice president and an important theoretician of the German radical party Die Linke. She is the author of Freiheit Statt Kapitalismus (Freedom Instead of Capitalism), Campus Verlag, 2012. This article originally appeared in the German daily Neues Deutschland (Nov. 5, 2012).

Declaration adopted by the European Trade Union Confederation (ETUC) Executive Committee at their meeting on 17 October 2012.

1. The ETUC Executive Committee meeting on 17 October 2012 call for a day of action and solidarity on 14 November 2012, including strikes, demonstrations, rallies and other actions, mobilizing the European trade union movement behind ETUC policies as set down in the Social Compact for Europe. 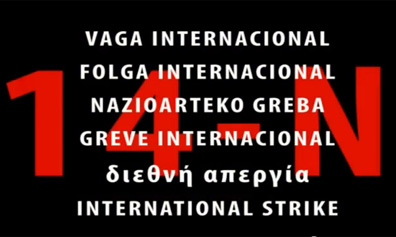 2. They express their strong opposition to the austerity measures that are dragging Europe into economic stagnation, indeed recession, as well as the continuing dismantling of the European social model. These measures, far from reestablishing confidence, only serve to worsen imbalances and foster injustice.

3. While supporting the objective of sound accounting, the Executive Committee considers that the recession can only be stopped if budgetary constraints are loosened and imbalances eliminated, with a view to achieving sustainable economic growth, and social cohesion, and respecting the values enshrined in the Charter of Fundamental Rights.

4. Fiscal consolidation had a sharper effect than originally estimated by institutions, including the European Commission and the International Monetary Fund (IMF). Indeed the IMF now admits that they grossly miscalculated the impact austerity measures have on growth. This miscalculation has an unmeasurable impact on the daily life of workers and citizens the ETUC represents, and brings into question the whole basis of austerity policies advanced by the Fiscal Treaty and imposed by the Troika.

5. The Executive Committee note mounting opposition among citizens and workers in the countries concerned and reaffirm their support for affiliated unions fighting for decent working and living conditions. This situation results from the lack of coordination of economic policies and the absence of minimum social standards throughout Europe. In the context of free movement of capital, this gave free rein to competition between states, in particular in the field of taxation, labour costs and social conditions.

6. They reiterate that social dialogue and collective bargaining are central to the European Social Model. They strongly oppose the frontal attacks on these rights, at national and European level. The ETUC Executive Committee urgently calls for immediate adoption and transposition of the European social partners agreements currently before Council.

7. They recall that the Union is treaty-bound to “work for the sustainable development of Europe based on balanced economic growth and price stability, a highly competitive social market economy, aiming at full employment and social progress, and a high level of protection and improvement of the quality of the environment.” They further recall that the ETUC’s support for the Lisbon Treaty was mainly predicated on the full application of those objectives.

8. They note that discussions are currently under way among institutions and governments about the desirability of further treaty changes. A change of direction is necessary and priority should be given to resolving the crisis in line with the three pillars of our proposed Social Compact for Europe, which is gathering increasing support. This is articulated around social dialogue and collective bargaining, economic governance for sustainable growth and employment, and economic, tax and social justice.

9. They insist that active solidarity, social progress and democratic accountability must be an integral part of the European project. They consider as essential that a social progress protocol to be included as an integral and operative part of any new treaty. The ETUC will evaluate any new step in European integration on this basis. • 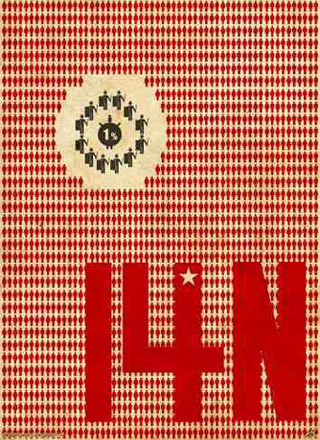 On November 14th there will be general strikes in Spain, Portugal, Greece, Italy, Cyprus and Malta. The ETUC [European Trade Union Confederation] is calling for solidarity action throughout Europe.

In London Coalition of Resistance is organizing a protest at the European Commission followed by a rally where we will show footage from the day and have speakers live-streamed from Europe.