Anti-Austerity Movements and the European Union

Elections for the European Parliament are underway (22-25 May). The previous elections in 2009 inspired only 43 per cent of EU citizens to make an effort in casting a ballot for the 751 members of the largely powerless assembly located in Strasbourg. Among Europeans under 25 years of age less than a third participated. Despite the shortcomings of the parliament, left-wing parties explicitly opposed to the crushing austerity policies imposed across Europe are coordinating their efforts and campaigns with the hope of becoming the voice for those disaffected by the crisis and the neoliberal agenda of the EU. But is a progressive, anti-neoliberal, and above all, supranational response to austerity emerging within the EU?

Donatella Della Porta shows how half-a-decade into the crisis, popular anti-austerity mobilization has resulted in a re-orientation of focus on the nation-state and sovereignty, a marked increase in hostility to political parties in general, as well as to the prevailing institutions of representative democracy at all political levels.

The current European Union elections are the first to take place in the midst of the Great Recession. Opinion polls – including those conducted by Eurobarometer on behalf of the European Commission – demonstrate clearly the effects the financial crisis has had on the confidence of European citizens in European institutions. Such confidence has undergone a dramatic decline; decreasing from 57 per cent in spring 2007 to 31 per cent last autumn. 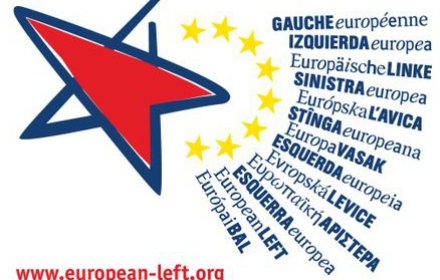 The growing distrust of the EU is accompanied by a dramatic increase in the percentage of citizens for whom the EU elicits a negative impression, which indeed doubled from 15 to 28 per cent, while the proportion of those with a positive impression collapsed, falling from 52 to 31 per cent. Meanwhile, the portion of the population declaring itself optimistic about future developments in the EU declined from two-thirds to half of the total, whilst the portion declaring pessimism climbed to two-thirds of the total in Portugal, Greece and Cyprus.

The surveys also reveal how the collapse in the political legitimacy of institutions is linked to the financial crisis, and in particular to austerity policies. Half of respondents (and two-thirds in Spain, Greece, Portugal, Ireland and Cyprus) place unemployment as the foremost of their worries, followed by the economic situation. Only 14 per cent consider public debt to be a problem. The loss of confidence is accompanied with a change in opinion regarding the national economic situation, which records a significant increase in the percentage – almost 100 per cent in the countries of Southern Europe – of those who consider it to be completely negative. The percentage of respondents (two-thirds) who take the view that they do not have a voice regarding decisions taken by the EU is also rapidly increasing; this share is increasing dramatically (up to four-fifths) in the countries of Eastern and Southern Europe.

The degenerative effect of “Europe of the market” on economic well-being, and of “Europeanization from above” on political consensus has been the subject of discussion among social movements from the time of the first European Social Forum held in Florence in 2002. The hope, however, of being able to contribute to the creation of a more just and inclusive Europe was shattered in the course of the decade in which the financial crisis revealed both the entrenchment of neoliberal ideas inside EU institutions and the inability of the latter to deliver on their promises.

The global financial crisis has indeed accentuated the diverging effects of the single currency in terms of territorial inequalities. The absence of investments designed to improve socioeconomic infrastructures have made the peripheries of the EU not only more vulnerable to the crisis, but also more dependent. The monetary policies (wholly inadequate) put in place following the financial crisis have revealed the influence of neoliberal ideology on the EU in general, and on the European Central Bank in particular. The federalist illusion, and the recognition of the rights of the weakest states, vanished in the face of onerous conditionalities imposed on the countries most affected by the economic crisis who were forced to sacrifice what little national sovereignty remained in exchange for material assistance. These changes in the institutions of the EU are reflected in the attitudes assumed by progressive movements toward them.

Whereas at the start of the millennium the work of movements for global justice concentrated on the elaboration of a critical perspective on Europe, today anti-austerity protests appear to be marked by the defence of what remains of national sovereignty; at least in the weakest economies. A critical Europeanism still exists, but a belief in the reformability of European institutions, and in the possibility of influencing European policies through lobbying and consultation has been put to a harsh test. Indeed, the notion that the interweaving of economic and political power has irredeemably corrupted representative democracy underlies the basis of many anti-austerity protests. The fact that institutions are considered non-representative is reflected in studies showing that those who participate in protests have less and less trust in democratic institutions at all territorial levels.

Democratic Processes from Below

If we compare, for example, the responses to the questionnaire submitted to participants at the European Social Forum in 2002 with those given for the same questionnaire ten years later on the
occasion of the Florence 10+10 forum, we notice a dramatic decline in the percentage of those who say they have faith in national parliaments, political parties and trade unions, but also in the EU and the United Nations. At the same time, we note an increase in the portion of people who believe that in order to achieve the objectives of the movement it is necessary to increase the power of national governments. This appears to be a widespread reaction to the usurpation of national sovereignty produced by the crisis, in particular in the countries on the periphery of Europe. The modalities of mobilization and action by anti-austerity movements reflect this change. The counter-summits and the European social forums have been replaced by the occupation of public squares where occupiers seek to rebuild democratic processes – from below and at the local level.

The acampadas of the indignados and the Occupy movements can be considered a type of prefigurative politics, oriented toward embodying democratic processes in person, rather than interacting with a system considered by now incapable of implementing democracy. If we compare the social forums with the more recent protests against austerity policies, we can see similarities in the critique of the neoliberal vision of representative democracy, but also differences. In particular, tensions in the relationship with political parties (and with democratic institutions in general), that were already present at the forums, increased radically in the successive waves of protest, and are characterized by a widespread rejection of the forging of alliances with political parties, and even with political associations considered to be (corrupt) instruments of domination. Parallel to this, while it is true that calls for a different Europe are still audible, increasing regional inequalities and the asymmetry of the effects of the global crisis make coordination at the European level more difficult. Attempts to build alliances of movements at the transnational level remain sporadic and suffer from a lack of catalytic events, such as anti-EU summits and European social forums.

The new political context compels us to rethink many of the strategies for the democratic development of EU institutions, and emphasizes the need to elaborate a strategy of multi-level struggle if we wish to have influence at an institutional level that has proven increasingly impervious to forms of pressure attempted in the past. •

This article was original published by sbilanciamoci.info.