The World Social Forum and the Battle for COP17

In a world plunged ever deeper into an uncivilized global capitalist condition, the World Social Forum (WSF) is a crucial beacon of hope. At its recent gathering in Dakar, Senegal the news of the unfolding democratic revolutions in Tunisia and Egypt electrified the spirit of optimism pervading the multiple axes of deliberation. The geometry of left politics was redrawn from Latin America to North Africa and the Arab world. The expressions of people’s power in these revolutions defied inherited formulaic understandings of 20th century revolutions. Instead of vanguards and armed uprisings, these revolutions organized without organization through social media and the unstoppable mass surge of discontent. Egypt and Tunisia also fired an imagination for more: could people’s power be harnessed to end the tenuous grip of neoliberal ideology on a world scale? Could the struggles in Latin America, the Maghreb, the Arab world, global climate change negotiations and beyond be connected to frame a new horizon for global transformation?

However while this renewed confidence in popular resistance struck a militant chord, the sharp edge of debates on climate change revealed serious limits to World Social Forum politics and the difficulties ahead for a genuine climate change solution at COP17 in Durban, South Africa. This came through as hard lessons were drawn from the recent Copenhagen and Cancun climate negotiations. Progressive civil society was divided at Cancun. NGO technocrats, donor driven agendas, big egos, celebrity intellectuals and hard lined social movement agendas prevented a common voice and united agenda to prevail outside the negotiations in the streets.

Critical Look at the WSF

Such a ‘rainbow like plurality’ prevailed in the deliberations at the WSF and was consistent with its long established ethos. However, as the week unfolded it was the Climate Justice current that took the initiative to be self critical and address the weaknesses of progressive civil society. This was laudable and the ‘Basis of Unity’ document it tried to shape in the closing hours of the WSF is a step in the right direction, but is extremely constrained by crucial weakness of the WSF [Ed.: see declaration adopted by the Assembly of Social Movements]. First, the national and regional forums of the WSF are uneven but generally weak or nonexistent. The follow through required to keep focus and momentum on the ‘Basis of Unity’ document is going to be difficult to sustain. Second, the WSF has not evolved to a point where it can coordinate in a democratic manner a platform of actions at transnational and national levels. It is a great space to philosophize about actions to change the world, globalize critique, share experiences and form links but it lacks a strategic edge. 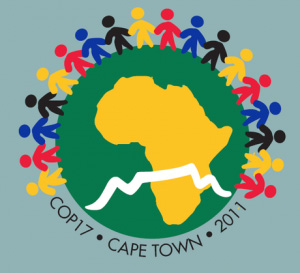 This does not mean the WSF has to become a new ‘program centred 5th international.’ But given the systemic and conjunctural crisis of capitalism, it needs to find its place also at key battlefronts so that progressive humanity speaks with one voice about alternatives. The climate change negotiations is one such front where hope is taking a battering. Pluralism as strength can only be meaningful if the World Social Forum confronts this weakness and evolves in a direction that gives it a new strategic edge.

Moreover, for some activists operating at a transnational level the defeat at Cancun meant intensifying further transnational engagements. Strategy was suddenly reduced to a straight line: Copenhagen, Cancun, Durban (COP17), Rio (+20) and beyond. Given the institutional weaknesses of the WSF it easily lends itself to being reduced to a moment in a ongoing transnational circuit. However, this approach did not provide pause for serious reflection on the state of climate change negotiations and more importantly why Bolivia was alone in the world in its opposition to the Cancun summit outcomes. A serious and ethical conversation of honest assessment, above petty nationalisms and narrow agendas, reveals a climate change process increasingly being led by an agenda that favours utilizing the ecological crisis as a new outlet and fix for capitalist accumulation. Within the Cancun framework carbon trading, geo-engineering and adaptation are just some of the elements of a new green neoliberalism. The future of the delicate ecological web will be determined by financial returns, speculation and risky technologies. For the World Bank finance and investment in climate change are the new horizon for green capitalism, a dangerous and false solution.

In this context, Bolivia’s argument around climate debt, rights of nature and opposition to grand market and techno fixes is on a terrain, inside the negotiations, in which governments, including South Africa, have surrendered to the climate agenda of transnational capital. Moreover, transnational capital has brought the ‘inside out.’ In other words, it has been able to contest and exacerbate splits amongst civil society on the streets by supporting some in civil society that are propagating the green capitalist myth and who are lining up outside the negotiations to show active support. This further illustrates the inability of anti-capitalist civil society to advance an effective counter-hegemonic politics in support of Bolivia on the streets. Finally, Bolivia is alone because anti-capitalist civil society has not been able to link the transnational in a manner that strengths a national bloc of anti-capitalist forces. The national terrain has been surrendered for the glitz and jet set lifestyle of the transnational climate change negotiating treadmill, including the occasional meeting points of the WSF. The painstaking task of local grassroots movement and anti-capitalist bloc building is not happening in most places around the world. Without this national power to hold governments to account and to contest state power, the climate negotiations at all levels of the world will be stacked in favour of capital. Thus demonstrations outside the COP17 negotiations are not going to be sufficient in themselves to open the space for alternatives, inside the negotiations.

These are strategic weaknesses that global anti-capitalist civil society has to confront as part of the build up to COP17 in South Africa (March, 2011). More importantly, as articulated in the main organizing assembly for COP17 at the WSF, the build up to COP17 has to harness global public opinion around the alternatives represented by Bolivia and anti-capitalist civil society. The role of global pubic opinion, of over 6 billion humans on the planet, is crucial to democratize the climate change negotiations. Currently, the United Nations has a democracy deficit. It is actually not the embodiment of global democracy and the liberal internationalism through which it claims its legitimacy is in crisis due to the weakening of national liberal democracies in the context of global capitalist restructuring. Most states sitting at the climate change negotiations table are there due to weaknesses in national democracies. In most instances, representative democracy has been hollowed out as states have been transnationalized as part of reproducing the rule of transnational capital. Moreover anti-capitalist civil society does not represent global public opinion on the streets. It needs to harness through a global internet referendum, involving national movements and activist networks, support for the Bolivian alternative to the Cancun green neoliberal consensus. The build up to COP17 and beyond has to pave the way for global public opinion to march alongside the progressive sections of humanity on the streets at the negotiations.

Moreover, for the South African anti-capitalist left COP17 represents a focal point to expose the alignments of the South African government to green neoliberal capitalism in the climate change negotiations and in its approach to national development. Its increasing spending and commitment to coal fired power stations, nuclear energy, fossil fuel based agriculture, mining, industrial and urban development have to be critiqued as part of the build up to COP17. Such a critique has to also be globalized through street politics at COP17. More importantly, the build up to COP17 provides an opportunity to present the Bolivian alternative and more specifically democratic eco-socialist alternatives to the South African public. The critical question in this regard relates to the role of the Congress of South African Trade Unions (COSATU). Will it be part of the inside-out strategy of the Jacob Zuma government to divide anti-capitalist civil society converging on Durban or will it align genuinely with anti-capitalist civil society? •

Dr. Vishwas Satgar is an Associate Professor of International Relations, University of Witwatersrand and an activist. He is the co-editor of Destroying Democracy – Neoliberal Capitalism and the Rise of Authoritarian Politics, Wits University Press, 2021.