As expropriative, exploitative agriculture, industry, and militarization have reduced science to dependent positivist-mechanism, human biological reproduction has expanded enormously. Narrow growth priorities have left the complex forms of reproduction required for developmental life on Earth in crisis – discounted, disrupted, and disorganized. Addressing the burgeoning crises of our times will require overthrowing the entrenched maldistribution of credit/shame and cooperation/discipline.

Within my parents’ 80-year lives the world human population has trebled, from 2.5 billion to 8 billion today. Over my half century, as human population growth and inequality have been relentlessly prescribed for economic growth and the sheer biomass of humans has exploded, Terrestrians’ living space has been fragmented, mined, and reduced to entropic pollution sinks. According to the World Wildlife Federation, one third of the Earth’s complex, refreshing, and stabilizing forest networks have been scraped off for export agriculture in the past century; now they are rapidly disappearing in the southern hemisphere. The oceans are burdened with plastic, acidification, overfishing, and disruptive militarization.

Biodiversity has been savaged. The plants, animals, fungi, and insects that comprised the Earth’s biosphere have been subjected to relentless assault. As filtrating forests and wetlands have been replaced with engineered toxins and monocrops, in fifty years we have obliterated nearly 70% of global biodiversity on average, among mammals, birds, fish, reptiles, and amphibians. A third of the plant pollination network has been wiped out, threatening diverse ecosystems and food production in different ways across the globe. 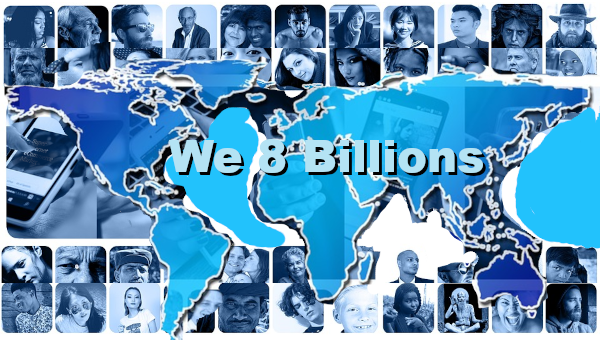 Within us, our microbiomes are similarly besieged; this, many of us know intimately, is torture. Scientists have observed plastic pollution loads in human blood samples (Leslie et al, 2022; Allen et al 2022), and are studying how the plastic embedded in animals like us interferes with the gut microbiome’s functions (Chiu et al, 2020). Lithosphere, atmosphere, hydrosphere – the Earth’s other enveloping systems – are likewise discounted, gouged, loaded up with toxins, and launched into explosive tailspins: Storms rage, coasts flood, forests explode in firenados, and forests fall striving to scour themselves of insects on geographic march. Ecological destabilization reverberates across systems. Dung, fungus, gravel, and smoke choke us; birds, fish, and mammals are managed down into industrial meat; poison and plastic replace the vibrant crust of soil. Soil erodes into rivers, rivers and lakes are befouled into sewers, sewers are clogged with plastic diapers and congealed fat, aquifers and soil are poisoned and sucked dry.

The United Nations Organization for Migration estimates that in the upcoming three decades, over a billion people will lose their homes to climate crises and be cast into forced migration. “The sun, moon, and stars would have disappeared long ago,” Havelock Ellis suggested in The Dance of Life, “had they happened to be within the predatory reach of human hands.” Huddling in fear under state-of-the-art fences and blinding security lights, we cannot see our stars.

Is the Cause Human Biomass? No.

We have more than enough capacity and will to suppress humanity, as abolitionists including Ruth Wilson Gilmore, Angela Davis, Elizabeth Hinton, and Naomi Murakawa have painstakingly shown. Suppressing humanity is our legacy management reflex and pitiful concept of altruism. We cooperatively encase and erase ourselves in engineered bugs and drugs, screens, surveillance, inegalitarian law, guards, police, military, prisons. Switching on and off genes, our epigenetics scramble to adjust to our rapidly-changing environment. In some parts of the world like the US, we’re living stunted (Komlos 2009) and dying earlier. Our children who once upon a time walked abroad like humans, observes Dr. William Bird, were concentrically confined to the neighbourhood, then to the yard, now to the house.

Old Malthus haunts our habits of thought, lurks at the core of the problem. There is an underlying cause of both the explosion of human population and environmental crises. That cause is, to be sure, human organization, but a specific kind of human organization that also unleashes disorganization far and wide. Instead of distributing collective-action capacity, we have engineered an ever-steeper command hierarchy. We suffer comorbidities, living precariously in an overlapping succession of crisitunities wrought by, of, and for the apotheosis of social hierarchy. It’s all been very profitable, and the network of owners, down to each cosseted slaver family, has always used some of those gains to swaddle itself in lethal protection and righteous verse.

The cause is the Capitalocene. While most of us are exposed to crises and conflict, Piketty-collective economists around the world have shown us that in substituting authoritarian command for widespread, autonomous human development and collective-action capacity, half of us are consigned to live and die usefully discounted, in poverty, pain, and shame. We reach the point where expulsion, digging in an off-world mine or plantation bereft of Earth’s supports – Mars colonization! – is the kind of future our global billionaire master class can imagine for 8 billion humans, increasingly posed as a sort of biomass called “population.”

The impact on life on Earth and on human societies is concussive, and most of our lives are now continuously disrupted and uprooted, thwarted and constrained, as the internet’s burgeoning inventory of conflict meters, mental-health meters, and COVID meters attest. The numbers have soared, and the weight of humanity has propelled an avalanche of ecological and health crises because where struggles had won égaliberté footholds, and democratic capacities could have been expanded and developed, dominant legal systems, economies, militaries, and political parties have steered us far, far away from reasonable, even substantively-rational, institution-building, governance, and management.

The world human population was stable for most of its 200,000-year existence up to 500 years ago. Most people lived healthy lives, as dental records show. Women, many of whom can for three decades of their lives …wait for it… make people, had enough control to ensure that communities prioritized their own and their childrens’ human development, rather than merely maximizing the quantity of “hands” they extrude in blood. Until the agro-industrial empires, bullying wasn’t institutionalized and laurel-wreathed into the respectable inequality it is now. Pumping up patriarchal feudalism, slavery, and expropriation, the added layer of capitalist exploitation has over-produced destructive creation, governance, as scientist Mariana Mazzucato calls it, and an explosion of humans surveilled, policed, and hamstrung, deprived of their capacity to democratically share ideas, information, and grievances, to learn and problem-solve together.

Today we 8 billions labour and die under the oblivious command of about a million global financial elites monopolizing rights and might that are guarded by imperial states’ phalanxes of lawyers, judges, police, militaries, engineers, ad men, and managers. Geographer Ruth Wilson Gilmore has identified this inegalitarian governance as incapacitation security, a lockdown borrowed from our plantation slavery and colonial patrimony. Incapacitation security is a brand of security – really insecurity – that deprioritizes, defunds, and stunts human development, as illuminated by Joan Durrant and Ashley Stewart-Tufescu’s comparative research into discipline. 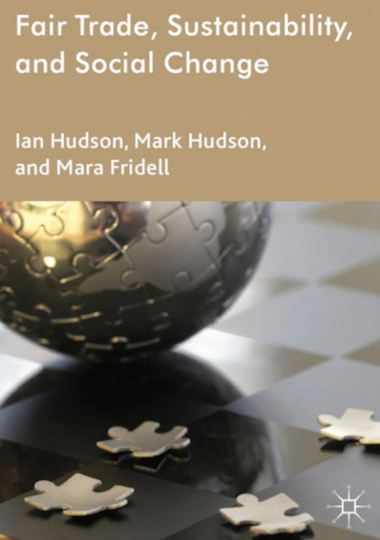 At 8 billion, we are usually not considered people who develop. That is, we’re not treated as people. We are trussed down to grease the gears of the offshoring elite million’s irresponsible priorities. They emit ocean-clogging plastic, mutagenic chemical combinations, bioweapons to outcompete bioweapons, crisis after crisis upending most people’s lives. Ice shelves, islands, and coastal cities are swallowed. We’re not allowed to really learn, plan, or lead, but the blame is set firmly on our shoulders because we once won the beginnings of sewers, periodic voting, healthcare, and public schools. We won a start.

The torrents of diversion, excess, and waste have all been profitably engineered. Runaway biological reproduction was once a byproduct of the discounting, disorganization, and de-capacitation of dehumanized women and their communities around the globe. Eight billion, wreckless production, and automated consumption remain. States continue to incentivize raw population growth because without the effective demand for égaliberté, you can tax servants but you can’t tax Masters. Maldistribution makes fake economic development out of raw growth, generating more crises, worsening life quality and life chances, creating ecological catastrophes, and fostering poor and poorer elite decision making.

Research by neural and behavioural psychologists, including University of California-Berkeley’s Dacher Keltner, have shown that people who monopolize power lose the cognitive capacity to understand what their actions do to other people, let alone to the micro and macro non-human life that sustains the complex of Earth and us as Terrestrians. When we lose the rational, reasonable egalitarian institutions and dispositions prioritizing universal diverse human and regional development, as we have done in favor of too many rights for might, we lose the collective capacity to register harm and suffering, to redirect our resources to address the causes of our problems. We’re heaping up and pumping out unsupported humans slated for exploitation and expropriation by the billions, and yet, we’re massively isolated, immobilized, and de-capacitated. We are polluting, depleting, and suffering because our inequality institutions, policies, practices, norms, and dispositions are unchecked, overbuilt, and overheated.

The priority tasks facing we 8 billions are to revalorize organicist, democratic-Enlightenment scientific literacy, to pursue validly contextualized comparisons, to reintroduce egaliberte ideas, and to redistribute human development, rebuilding the egalitarian institutions and dispersed autonomy that we need in order to prioritize and support healthy developmental life on Earth. On closer examination, for example, the world population has only been increasing 0.8 percent annually over the past 300 years (Piketty 2022: 20). Superficially, 8 billion humans is little more than the outcome of mathematics and hand-washing. Because the rent’s too damn high, and lives are stunted or declining where people are methodically discounted and pulped, the population increase is expected to slow down to total something like 11 billion humans by the end of the century. In history, high food prices have often spurred eventful collective action; yet, by and large, as Social Movements scholars show, raw misery does not automatically make new power to solve entrenched problems.

It has been too long since we struggled together against inequality and inegalitarianism. We know, we feel, that we’re not doing well, and despite our ritual charity and habitual piety, we’re locked and loaded to wreak more harm than good. Relationally, we are suffering beyond reason, which means our essential microbiomes, hydrosphere, atmosphere, lithosphere, and biosphere are suffering crises and entropy along with us.

In considering what 8 billion humans means, we recognize that it is consequential for Terrestrians. But 8 billion humans is an intermediary factor. The anterior cause producing 8 billion humans, the maldistribution of cooperation and credit, also determines how we impact Earth and our own life chances. It is past time for the restoration of the fight toward the democratic justice horizon, just as it is past time to address climate crisis. Inequality, the discounting of peoples’ lives, is the engine of crisis in all our relations.

As we strain and fail to conceptualize 8 billion of us, a global community of scholars will be determined to use their human senses and capacities to understand as clearly as we can, to help us reconvene to act with all our capacities, breaking through organized opposition. We can rebuild upon our besieged and tattered Earthly traditions of égaliberté and Indigenous intelligence, including by striving for a Red-Green New Deal. We first learn, share, re-organize, and re-capacitate ourselves. Reorganizing will often have to be discreet – far more discreet than this essay, and we must brace ourselves – there is no royal road for a communicative, collaborative, dexterous but also limited social species – in order that our 11 billion to come may develop as fully-capacitated humans within a healthier complex Earth, our sublime horizon. As Terra Nullis and Tertium Quid, as slaves and servants, as mob and communists, as witches and inessential disease vectors, we have always been reviled, exploited, and expropriated. Such categories have served as authoritative Truth, but they are all scientifically invalid. We 8 billions belong to vital Earth. We are Terrestrian. •

Mara Fridell is a Political Economist and Political Sociologist who teaches social theory in the Sociology Department of the University of Manitoba. Her work is propelled by a lifelong curiosity about the distributional effects of inegalitarian institutions on human and ecological development. She is co-author with Ian Hudson and Mark Hudson of Fair Trade, Sustainability and Social Change (Palgrave-Macmillan, 2013).