BC Politics: An Open Letter to Anjali and Dogwood

As current, former and never members of the NDP, the Vancouver Ecosocialist Group (VESG) congratulates Anjali Appadurai for her recent efforts (and those of Dogwood) for your recent efforts to make the NDP a vehicle to struggle against the crisis of the earth system. Not only did you demonstrate that a movement is essential if we are to stop the madness of business and growth as usual, but you exposed dramatically how distant the NDP leadership is from acting with the speed and scale necessary today.

We are not surprised by the Party’s decision to deny members the opportunity to vote for the choice of leader; we understand that the government listens to party insiders who have become lobbyists for everything that mere party members oppose. Do party members support site C, old-growth logging, fish farming, more oil and gas pipelines, unleashing the police to attack indigenous land protectors? Lobbyists do, and one lobbyist for fossil fuels, Elizabeth Cull, prepared the report that gave David Eby party leadership without a vote of the members. 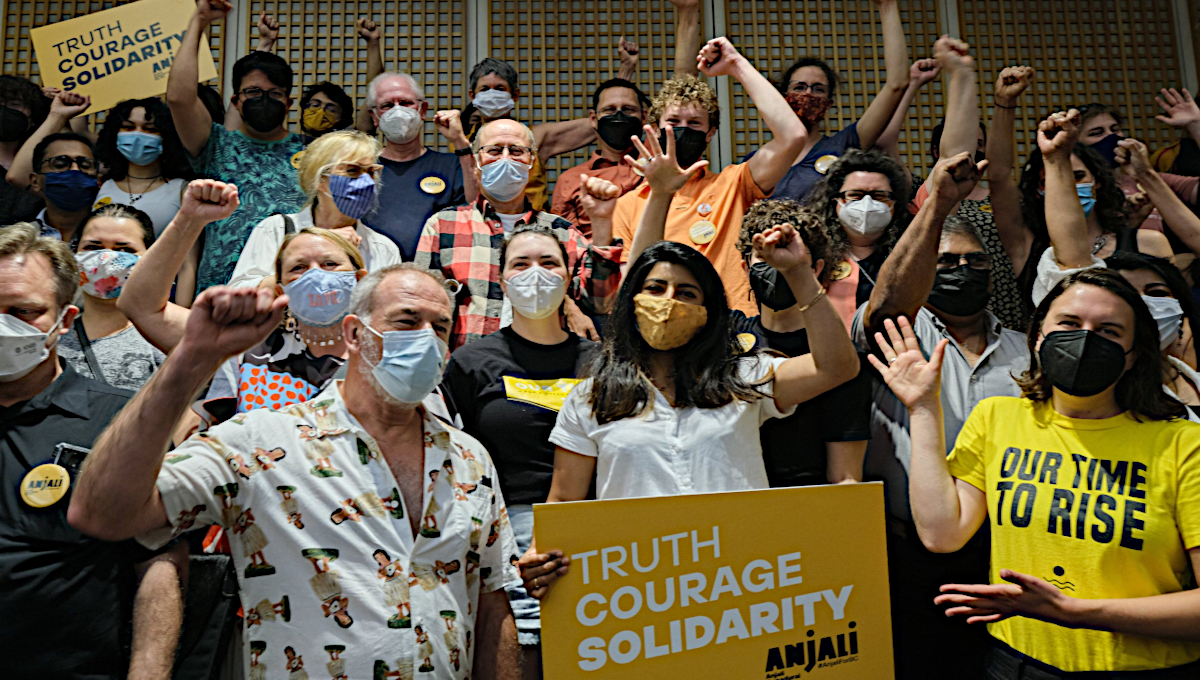 We welcome your decision to carry on the struggle both within the NDP and outside. Not only does fighting against the climate emergency require turning the world upside down but also turning the party upside down if the NDP is to play the role that you want. In place of a government guided by paid lobbyists, make it a government that follows party policy.

There is so much that needs to be done to struggle against the crises before us. We hope that, in struggling against the immediate symptoms of the crisis of the earth system, you will identify the underlying cause – the drive of capital for profits, the drive which consumes nature and human beings without limit. Infinite growth in a finite system is not possible, and a sustainable world of justice and solidarity requires us to put an end to capital’s growth paradigm and to resolve the vast global inequality. The crisis of the earth system means that time is not on our side. We need to begin a just transition. It has been said before: the choice before us is socialism or barbarism. •

The Vancouver Ecosocialist Group joined the town hall hosted by Dogwood for a frank discussion about the leadership race, what it revealed and what comes next, held on November 3.

The Vancouver Ecosocialist Group has been formed by political and social justice activists of varying backgrounds in metropolitan Vancouver.