Cuba Needs to Unleash Creative Energy of the Workers

Canadian economist and Professor Emeritus at the Simon Frazer University, Michael A. Lebowitz, answered questions from Havana Times regarding: Socialism and the Party, the New State from the bottom up, cooperatives and self-management, Cuba and its economy. Originally published March 28, 2014.

Havana Times (HT): What does the Cuban economy need as a factor of the first order to succeed?

Michael A. Lebowitz (ML): I don’t think it is appropriate for me, as an outsider, to make specific proposals for the Cuban economy. However, on the basis of my studies of countries which attempted to build socialism in the 20th century and several years as an adviser in Venezuela, I think I can make some general comments.

If you wish to build a new society, it is essential to find ways to unleash the creative collective energy of the people. It is important to create conditions in which people through their practice can transform circumstances and themselves.

In the Soviet Union and countries which followed that model, this was sorely lacking. The tendency was to think that all solutions and all movements toward socialism were to be determined at the top and transmitted to the bottom. The result was that people did not develop their capacities, that they were alienated in the workplace and communities, and did not and could not defend the gains that were made in those societies. And we know the result: capitalism triumphed. In short, even though some people may think it is more efficient to make the decisions at the top, it should be understood that this is a disinvestment in people.

I spent a number of years living and advising in Venezuela during the period when Chavez was president. It was evident there in the communal councils and workers’ councils that when people have the ability to make the decisions that affect them, they develop strength and dignity. One of the wonderful characteristics of Chavez was that he had confidence in the ability of people to develop and to build socialism, and he never hesitated to encourage them. If you want to solve the problem of poverty, he said, you have to give power to the people. Chavez was consistent on this point: he stressed the importance of producing new human beings, and he often cited Che Guevara on the necessity to build new socialist human beings.

HT: Is an economy possible completely based on self-management and the cooperatives? 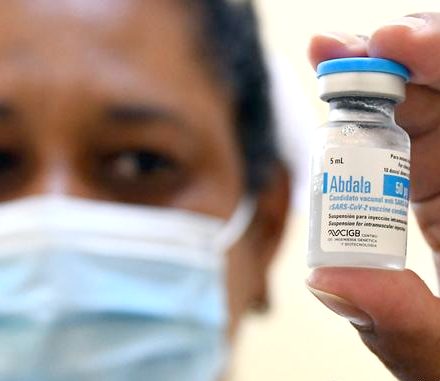 ML: I think self-management of state-owned enterprises and cooperatives are an important way of unleashing the creative energy of people. They build solidarity within those workplaces and demonstrate essential aspects of a society based on cooperation rather than competition. However, I don’t believe that you can build a just economy limited to these islands of cooperation. Their inherent tendency is the self-interest of the members of these collectives.

For example, in Yugoslavia the orientation of self-managed enterprises was to maximize income per worker. They functioned within the market and, rather than building solidarity within the society, the tendency was to generate inequality in the society. When every group of workers is looking out only for itself, who is there to look out for the interests of the working class as a whole?

It is a myth (a dangerous myth advanced by those who are either ignorant or ill intentioned) to argue that, when everyone acts out of their own self-interest, the interests of all are advanced. That is the mythology of Adam Smith and neoliberal economics. In Yugoslavia: the stress upon self-interest and the market produced the destruction of solidarity within the society and ultimately the destruction of Yugoslavia itself.

I believe that it is essential that there be an organized voice which expresses the needs of people and thus acts as a corrective to the self-orientation of the members of the enterprises. In Venezuela, the stress has been to bring together the communes (composed of a number of communal councils) and the workplaces in those areas to explore the ways in which the workplaces can serve the needs of the local communities.

Obviously, it is not only the needs of local communities which have to be taken into account. However, it is very important that the members of these workplaces understand their responsibility to society. Otherwise, you can get the perverse situation which existed in Yugoslavia where state taxation (for the purpose of equalizing development in the country) was attacked as exploitation by a Stalinist state.

HT: Do the cooperatives need the unique party and the state as institutional rectors of the nation?

ML: I definitely believe that you need the state. How else can you deal with the problem of inequality and problems of national importance like defense? However, I think it is important to begin to build a different kind of state – a new state.

In Venezuela, Chavez described the communal councils as the cells of a new socialist state. They were institutions characterized by protagonistic democracy, a democracy in practice, in which people develop through their own activity. And he saw these as the building blocks to move to communes and from there to the creation of a communal city and from there upward to the new national state – a state from below.

Obviously, that new state cannot possibly develop overnight and it necessarily coexists with the old state for a period of time. But the goal should be to build that new state consciously – precisely because it is a state which produces the people required for a socialist economy.

I don’t think that such a new state emerges spontaneously. It requires conscious effort. It requires the battle of ideas. It requires leadership. In short, it requires a party which recognizes the necessity to create the conditions in which new socialist human beings produce themselves. And that means, I think, a party with a different focus – not a focus upon making decisions at the top and enforcing discipline within the party but one which creates the conditions internally for people to develop all their potential and initiative, one which contains within it different tendencies and which respects minorities, a party oriented toward building socialism which can listen and learn.

HT: Do you think cooperatives are the answer to the problems of Cuban agriculture? 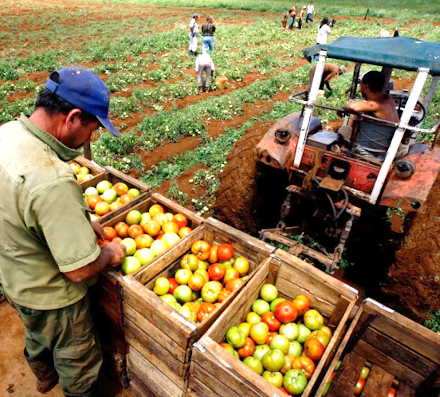 ML: Certainly the problems of Cuban agriculture are very serious and much depends upon a solution to these. While these problems have unique characteristics (reflecting particular decisions that were made in the past), it is essential to understand that there are many common characteristics in other countries of the South.

In many places, people have abandoned the rural areas in part because of the inability to compete with the highly subsidized agriculture of the United States and other developed capitalist countries. It is not at all a level playing field – poor and developing countries are pressured not to subsidize rural production but nothing is done about the subsidies (direct and hidden) in the rich countries. The result is that many countries of the South lack food sovereignty despite their fertile land and end up importing substantial amounts of their foodstuffs.

This is the situation in Venezuela, where there was an enormous movement from the countryside to the cities in the period before Chavez’s election; a particular factor there was an overvalued currency (due to oil exports) which meant that rural producers could not compete with imports.

And, I argued that this goes far beyond simply increasing food prices for the producers (which does not necessarily mean increasing prices for consumers). It means developing an infrastructure, schools, cultural facilities and access to modern communications. In short, you have to create the conditions in which young people do not see themselves as turning their back on civilization to work in the countryside. This is obviously an investment – an investment for the future which goes far beyond a simple solution of raising prices for agricultural production and leaving things to the market to solve the problem.

If a society is prepared to make such an investment (which needs to be widely discussed so people understand its necessity), then the next question is what should be the nature of the relations of production in agriculture. From what I’ve said earlier, it is obvious that I think that forms of self-management (whether under state ownership or cooperative ownership) are essential. It should be obvious, too, that if society is making this investment, then the self-managed enterprises need to recognize their responsibility to society.

If Cuban society is not prepared or is unable to make such investments, I fear that the prospect is one of shortages, high food prices and continued high food imports (especially with the aging of the rural population). •

This interview first published on the Havana Times website.