Life Expectancy: The US and Cuba in the Time of Covid

This continued through the beginning of COVID, which then sharply changed the pattern. Life expectancy in the US suddenly dropped behind that in Cuba. Bernd Debusmann Jr. of BBC News wrote that LE in the US fell “to the lowest level seen since 1996. Government data showed LE at birth now stands at 76.1 compared to 79 in 2019. That is the steepest two-year decline in a century.” From 2019 to 2020, “LE declined in all 50 states and the District of Columbia.”

How could a country with all the problems of Cuba actually have LE almost three years greater than the US? The answer seems to be in the enormous difference between the way the countries responded to COVID. 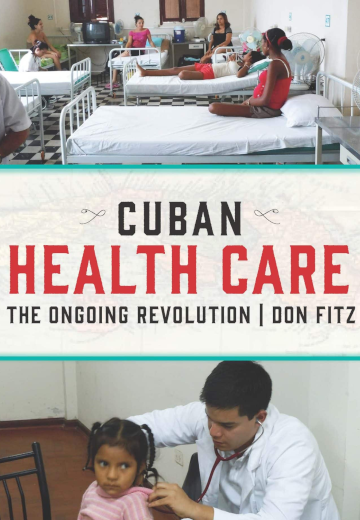 US Centers for Disease Control and Prevention data confirmed that “COVID-19 was the main contributing factor [to changes in LE]. The statistics show that COVID-19 accounted for 50% of the decline between 2020 and 2021. Between 2019 and 2020, the pandemic contributed to 74% of the decline.”

A critical divergence between the two countries is that Cuba guarantees healthcare to all as a human right, while the US system is based on profit and political grandstanding. When COVID hit, the US dawdled for months but Cuba immediately mobilized for medical action.

The Cuban Ministry of Health developed a national strategy before the island’s first victim had succumbed to the disease. Cuban TV carried daily press conferences with detailed information on the status of new patients, results of cabinet meetings on COVID, and announcements on the best way for citizens to protect themselves and others. Social distancing, masks, and contact tracing were universally accepted.

Each day Cuban medical students knocked on doors to ask citizens how they were. Students’ tasks included obtaining survey data from residents and making extra visits to the elderly, infants, and those with respiratory problems. Clinic staff dealt with issues that didn’t require a doctor and sent patients they could not care for to hospitals. Medical data was used by those in the highest decision-making positions of the country. In this way, every Cuban citizen and every healthcare worker, from those at neighborhood doctor offices through to those at the most esteemed research institutes, had a part in determining health policy.

Two aspects of Cuba’s response to COVID stand out. First, Cuba does NOT have more money to spend on healthcare. It actually spends less than a tenth as much per person per year than does the US, but it spends that wisely on a holistic system. Second, Cuba’s healthcare is global – the country continued its practice of sending thousands of medical staff to other countries during COVID.

Over the past six decades, more than 400,000 Cuban medical professionals have worked in 164 countries and improved the lives of hundreds of millions of people. In addition to providing Cuban doctors with experience coping with diseases and medical issues they do not see at home, this action is positive global diplomacy. US diplomacy, on the other hand, seems to focus on threatening to harm people and/or actually harming them.

In Addition to COVID

While there had been progress in reducing LE differences between Black and white American. This pattern was reversed during 2018 – 2020 when LE went down 1.36 years for whites, 3.25 years for Hispanics, and 3.88 years for Blacks.

The fall in US life expectancy was even more pronounced among Native Americans and Alaska Natives. Since 2019, it “dropped by 6.6 years, more than twice that of the wider US population.”

The US has multiple groups who reject government attempts to vaccinate or wear masks. Most vocal, of course, are the right wingers who lividly despise the very idea of public health campaigns. While their thought processes are delusional, people of color have reality-based fears of being ignored, lied to, and used for government experimentation, such as the Tuskegee Syphilis Study. There is a strong connection between vaccination hesitation and racism.

What They Did Not Look At

Among factors other than increasing US COVID rates ignored by corporate media in the US are poverty, an acute rise in misinformation, abortion, the embargo against Cuba, and preparation for climate change.

Poverty. The first task of the Cuban revolution was to simultaneously address poverty, food, sanitation, literacy, education, racism, and housing, which the rebels saw as parts of a unitary whole. During the COVID crisis, many US corporations were determined to force low-wage workers to stay at their jobs, spreading the disease. Cuba told those with COVID to stay home.

Misinformation. Discussions of COVID deaths must not ignore the deadly role of science denial. At the same time that Trump was foolishly downplaying the mounting dangers of COVID, Cuba was far along developing its “Novel Coronavirus Plan for Prevention and Control.” Trump was not and is not an isolated individual – he represents a life-threatening movement toward lunacy. In contrast, Cuba has no significant group which confronts COVID with a bottle of Clorox or expects a cure brought by Q Anon on a flying saucer.

Abortion. Cuba also does not have a “Women’s Lives Don’t Matter!” movement seeking to eliminate abortion rights. Those who do not want an abortion do not get one, and people do not seek to impose their religious and spiritual beliefs on others. The US Supreme Court’s decision to allow states to criminalize abortion will cause many women to die, both from self-attempts at abortion and the lack of its availability. LE averages are impacted more by deaths of the young than the elderly, so, we can expect that many abortion-induced deaths in the US will be among teenagers and young women, which will affect LE.

Embargo. The “trade sanctions” or “blockade” or “embargo” have a special relationship with LE in Cuba: one might expect it to decrease LE, but it has not done so. When Cuba was reeling from the 1991 fall of the Soviet Union, the US passed laws intending to punish those who continued to trade with it. This raised prices in the already impoverished country and has prevented or slowed the arrival of much life-saving medical equipment to Cuba. Yet, due to its prioritizing healthcare during the 1990s, Cuba’s infant mortality decreased while its LE showed a slight increase.

International solidarity movements have stepped in to help Cuba overcome many embargo effects. For example, lack of essential s were preventing Cuban doctors from performing liver transplants in children. However, during May 2022, Puentes de Amor (Bridges of Love) delivered the vital chemical compound to the William Soler Pediatric Hospital.

Resilience. Avoiding the use of fossil fuels and enormous hydro-, solar-, and wind-projects, as Cuba does, will cut down on global destructiveness but have very little effect on reducing climate change on the island. However, preparing for resilience in the face of climate change can hugely affect Cubans’ quality of life.

In March 2022, Scientific American editors wrote that most important in preparing for the next pandemic is “building new systems” (p 8). Unfortunately, this is what the US is avoiding as it becomes absorbed in making minor tweaks to outmoded, inadequate systems of environmental protection.

Cuba has been holding Bastión (bulwark) events involving as many as four million citizens who carry out food production, disease control, sanitation, and safeguarding medical supplies. When a policy change is introduced, government representatives go to each community, including the most remote rural ones, to make sure that everyone knows the threats that climate change poses to their lives and how they can alter behaviors to minimize them. They include such diverse actions as conservation with energy use, saving water, preventing fires, and using medical products sparingly.

Another energy positive strategy being expanded in Cuba is farms being run entirely on agroecology principles. Such farms can produce 12 times the energy they consume. Biodigesters break down manure and other biomass to create biogas (very different in Cuba than the US), which is used for tractors or transportation. Vegetable and herb production in Cuba exploded from 4000 tons in 1994 to over four million tons by 2006. This is why Jason Hickel’s “Sustainable Development Index” rated Cuba’s ecological efficiency as the best in the world in 2019.

Where Are We Headed?

The connection between LE and climate change is becoming increasingly evident. US media stories typically focus on a given disaster such as a flood and mention how aging infrastructure is being neglected. The implication is that if infrastructure were updated to its status of 50 or 100 years ago, that would be adequate. However, it would not be adequate because climate change means that storms will be more frequent, more intense, and more deadly in the future.

By 2017, Cuba had become the only country with a government-led plan (Project Life, or Tarea Vida) to combat climate change, which includes a 100-year projection. While Cuba is looking ahead and planning how to protect people from increasingly devastating storms, US politicians feverishly bury their heads in the sand in subservience to corporate interests, subjecting future generations to ever greater catastrophes.

This causes LE in the US to plunge down, while LE in Cuba climbs slowly upward. COVID did not create the LE divide between the US and Cuba. COVID exacerbated trends which have become increasingly intertwined for decades. The best guess is that these trends will continue well into the future. •

This article first published on the Green Social Thought website.

Don Fitz has taught Environmental Psychology at Washington University and Fontbonne University in St. Louis and is on the Editorial Board of Green Social Thought. He was the 2016 candidate of the Missouri Green Party for Governor. His book on Cuban Health Care: The Ongoing Revolution was published in 2020.