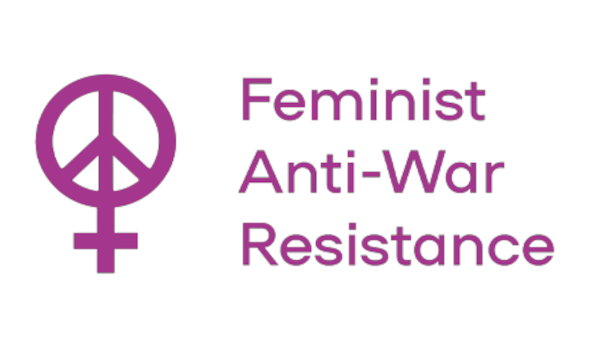 We profoundly condemn the military invasion led by the Putin regime in Ukraine, which has already left thousands of people dead and hundreds of thousands displaced, and which provokes a sharpening of the confrontation between imperialist blocs at the global level.

We reject the positions issued in recent days that deepen the warmongering spiral. We reject the decisions that involve adding more weapons to the conflict and increasing war budgets. We reject security narratives that reinforce authoritarian logic and militarization. Not in our name.

We must remember that NATO is co-responsible for the situation created by its global expansionism and militaristic security narrative. Weapons perpetuate war, perpetuate barbarism and perpetuate suffering. There is no greater security than peace.

With this manifesto we collect the call launched by Russian feminist groups and join the Feminist Resistance against War! In this way, we recover the feminist thread of history that has participated in struggles against reactionary wars, from the movement led by Rosa Luxemburg in 1914, the Greenham Common anti-nuclear weapons camp of the 1980s, or the Women in Black movement against war, to name a few.

We are with the people of Ukraine who want to restore peace in their lives and demand a ceasefire. We are with the mobilized Russian citizens, who, despite the repression and threats of the authoritarian and repressive regime of Putin, demand to stop the military invasion.

That is why we say Feminist Resistance Against War. Behind the NO to War there is no naive position. The only real road to peace is the de-escalation of war. We demand a bold redirection of the situation to break the militaristic spiral initiated by Russia and supported by NATO. We demand the immediate cancellation of Ukraine’s foreign debt of $125-billion as a concrete measure of support for the Ukrainian people and denounce the reforms and conditionality imposed by the IMF in recent years.

Learning from the painful experiences of war and conflict in Europe in the last century must mark our commitment and action. War is irreconcilable with the essential values ​​and goals of the feminist movement. We stand for peace, coexistence of peoples and a democratic solution to conflicts.

WE ARE MANY WHO SAY NO TO WAR, IMPERIALISM, PATRIARCHY, AUTHORITARIANISM AND MILITARISM.

WE ARE THE FUTURE THAT WILL PREVAIL •

For a complete list of signers, see Feminists Against War.