No to War. For a Transnational Politics of Peace

In these weeks we saw the escalation of tensions between world powers under the astonished eyes of those who are struggling to recover their lives from two years of pandemic. We have seen relatives and friends die for COVID and suffer for something that has changed lives for all. When we hoped the pandemic sorrow was about to be over, another war reminds us of the urgent need to collectively fight for a different politics.

Public discourse seems to force us to take sides: either with Russian imperialism or with NATO expansionism and the prominent role of the US. We are supposed to take a side with one nationalism or with the other. But both systems organize exploitation with different means and turn borders into deadly tools. It is not by chance that the remilitarization of borders has happened first against migrants seeking a better life. It is not by chance that no declarations from all sides are currently concerned with people’s actual lives.

We have seen fake oppositions in place in these years, when in Eastern European and bordering countries pro-EU, pro-NATO or pro-Russia factions and parties have both worked for the implementation of neoliberal reforms. We have seen those defending Russia, attacking at the same time welfare measures and rights in the workplaces. We have seen the EU keeping countries like Ukraine and Georgia in the waiting room of integration, as the maidservants of their neoliberal plans. We have seen men and women believing that the European prospect was one of openness and of a better life. But what all these actors have done is nothing but promoting neoliberal exploitative, racist, and patriarchal policies, whilst trying to reinforce armies. Now they also bear the responsibility of this murderous outcome. 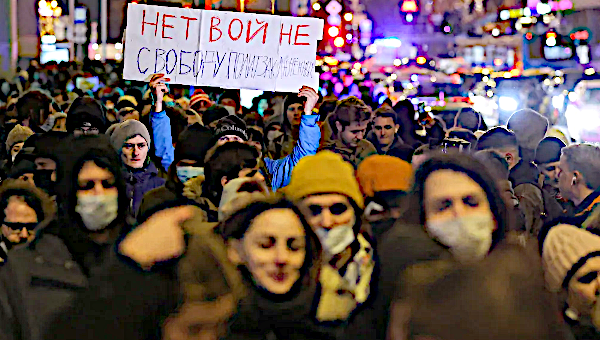 We now see Central and Eastern European countries declaring to be ready to host Ukrainian refugees “for humanitarian reasons.” After leaving thousands of migrants from Iraq, Afghanistan and Syria freezing in the woods at the Polish-Belarusian border under the complicit eyes of the EU, the Polish government, seeking to please its US ally, has pledged to host one million refugees from Ukraine. The political use of asylum never ends. But hundreds of thousands of Ukrainian migrants are already living in Poland, where they are employed with miserable wages in warehouses, factories, and houses. Instead of seriously acting to avoid war, the Polish government, as well as the EU, are ready to turn war into another chance to fill its labour shortages and make profits from refugees and poor workers.

We see those who claim to be in the first line of the “green transition” privilege the expansion of NATO and the prospects of future Western investments over peace. We see those who are supporting highly polluting military investments celebrating their murderous feast, not only endangering the people in Ukraine but also the very future of us all. It is their fault that the war is here.

The politics of sanctions and the economic war are less violent than bombing but will affect most of all those workers, migrants, women and men that are already struggling to make a living in times of pandemic and crisis. The invasion of Ukraine is not popular in Russia, and has left most confused and embarrassed by the prospect of somehow being responsible for the Putin government’s actions when the resistance to the autocratic regime of Putin faces its many challenges and the amount of political prisoners and dissenters rises. Russian invasion is bringing destruction in Ukraine, but there is no more “democratic” way to carry on war. What we see is a general attempt to redraw global relations in a time when transnational dynamics and movements of people are shaking the very roots of a rotten geopolitical system. 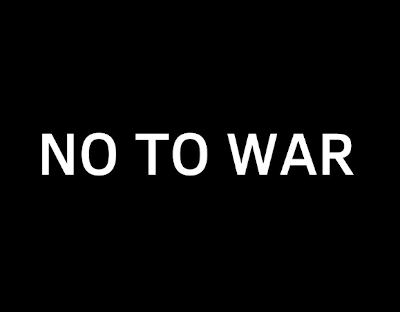 We stand together with all those in Ukraine who suffer the outbreak of the war. We stand with all those in Russia who oppose the Putin regime. We back whoever opposes the war from all sides, and we say that all military and economic reciprocal retaliations must stop immediately. The massacre of arms must be stopped as well as a further crisis looming over the life of workers, migrants, women and men that struggle for their daily life. While nationalists preach their actions in the name of identities and interests that fragment and oppress us, and democrats fuel further conflicts in the name of void values that support capital’s grip on everyone’s life, we call for a transnational politics of all workers, migrants, women and men for peace, against this shattering war. •

The TSS Platform is a political infrastructure to confront today's challenges and push forward the movement of strike on a transnational scale.