Stop the War! An Appeal for a Europe of Peace

transform! europe condemns the attack that Russia, under the governance of Vladimir Putin, has launched upon Ukraine. We reject the use of military force against a sovereign state, just as we have previously rejected NATO forces deployment in countries bordering Russia, and in countries of Asia and Africa and Europe. We therefore call for an immediate ceasefire, stop of the bombings, the withdrawal of Russian troops from Ukraine soil and the return to the negotiating table.

At the same time, we call upon the EU to put maximum effort into reengaging in peace negotiations. In these difficult times, we stand with the people of Ukraine who experience the Russian attack in full force and whose lives are in danger. We stand in solidarity with the peoples of Ukraine that are forced to leave their homes, and weave networks of solidarity for their support, including providing them with shelter and safety! We stand with the peoples in Russia who oppose Putin’s war, despite oppression, as well as the millions of other Europeans that demand peace. The solution to this unjustifiable escalation of military violence is not more violence, the solution is political, based on the principles of common, collective security concepts which prioritise the well-being of all peoples and the respect of human rights and international law. We join forces with the peace and social movements across the continent to stop this irrational war, we call upon European citizens to take the streets in the name of peace and we stand with the people of Ukraine that are forced to leave their homes. Weapons and wars should belong to the past, the future of Europe and humanity must be peace!

European public opinion, as Eurobarometer demonstrates in each survey, is by far in favor of a Europe of peace, human rights, democracy and against nuclear weapons. More than 85% of Europeans are in favour of these, which reveals the contradiction between people’s desires for Europe’s future and policy makers’ decisions. The current crisis is an expression of the deep, unresolved contradictions of the European security situation. Since the end of the Cold War, Europe consists only of capitalist states. There are imperialist contradictions between the states, amplified by their unequal economic and military power.

We reject any policy that returns us to a policy of blocks and a new Cold War. We oppose NATO expansion in European soil and their military rhetoric. Europe needs and wants a peaceful path to resolve conflicts. 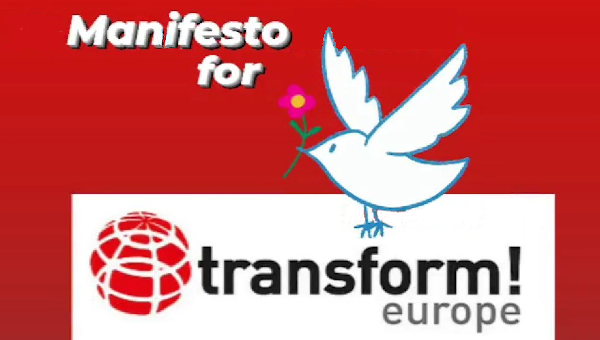 No to Warmongering, Yes to Diplomacy

Fighting for peace has been a long tradition in Europe. The radical left has been a pacifist, anti-militarist and anti-imperialist left since its beginnings. It opposes all chauvinist, racist, neo-colonialist, and war-justifying propaganda of governments, capital, and media. To oppose the creation of enemy images does not mean to approve the policy of a government. We call upon all progressive forces and citizens to raise their voices for de-escalation. We call for an immediate end of confrontational rhetoric and military action and threats: By continuing with these tactics, war and military conflict threaten our whole continent and extend the suffering of the peoples of Ukraine! The priority should always be to stop the war!

The peoples of Europe know too well what war and its terrible consequences mean. The EU is currently suffering due to the devastating COVID-19 pandemic and its catastrophic management. We mourn more than 2 million dead over the last two years. The pandemic affects the lives of millions and is reshaping the economies. In this conjunction, we consider the increase of military expenses, fueled, and justified by the increase of military tensions and the warmongering rhetoric, unacceptable. It is an outrage that during the current lethal pandemic, military expenses increase from 1.63% to 2.2% of the global GDP. Military conflict is not the only challenge to the security of Europe’s people. The dire consequences of climate change can already be felt in our continent and both these crises are amplifying structural inequalities in the EU, Europe, and the world. Although not included in most of the international environmental agreements, such as the Paris Climate Agreement, the military-industrial complex is one of the biggest polluters of our planet and war the most devastating strike on nature’s integrity. Valuable resources that could help eradicate inequalities in the health and social systems of EU countries, as well as the renewal and resilience of infrastructure, are spent on the prospect of a prolonged war that would be detrimental to the peoples of the EU and Europe. This has to stop!

Ending a New Cold War to Prevent any War

The opportunity that existed after the end of the Cold War to create a pan-European peace and security system was not seized. On one hand, NATO continues to exist, tying the security and military policies of 22 of the 27 EU members to the United States; and on the other hand, pan-European and inclusive structures such as the Council of Europe and the OSCE have been marginalized and pushed out of public perception by NATO, the G-7 and the EU itself. European security policy is in a multiple crisis. Ukraine is only one of several hotspots where conflict potential is condensing and diplomatic management of individual crises in the acute stage is not sufficient to defuse them. Europe needs a security architecture that fairly considers the interests of all European states. The upcoming 50th anniversary of the Conference on Security and Co-operation in Europe (OSCE) is an opportunity for renewal and a chance to adopt an updated Final Act setting out the cornerstones of European security. In the sense of open diplomacy, peace movements, NGOs, and the civic society from all over Europe (and not only the EU) should be involved in the preparation and implementation of the conference not only as an accompanying programme, but rather as equal partners.

Mastering the challenges of the future in peace will only be possible if Europe leaves the Cold War logic in the past and collectively faces the future. The EU needs to start elaborating a new independent security strategy inclusive to its neighbours! The unbearable costs of war are always paid by the working classes. The arms industry must no longer enjoy impunity, making millions in revenue while destroying the planet and depriving the youth of their right to a peaceful future. The youth of Ukraine and Russia are now ripped from the families and send to fight in a war that serves oligarchic interests and threatens their lives and future. We stand with their families and loved ones, of all those drafted to the military because of this irrational war and oppose the patriarchal set of mind that calls to violence.

For an Independent EU Peace and Security Strategy

It is impossible to talk about the strategic autonomy of the EU when the majority of the EU Member States are members of NATO. The development of an EU security policy identity must go hand in hand with the dissolution of NATO and the withdrawal of American troops and especially nuclear weapons. For an independent EU Peace and Security Strategy and hence a peaceful Europe, the EU must free itself from the security policy paternalism of the USA. The EU is a global player. It must focus on achieving climate goals, leading a socially just transition from fossil to sustainable energy, realigning its trade policy toward the Global South, respecting, and implementing the UN Refugee Convention in its refugee policy. The status of neutral and nonaligned members of the EU, as explicitly recognized in the Lisbon Treaty, should be revisited, hence it expands the EU’s diplomatic possibilities to play a constructive role in the tensions that are now increasing.

We appeal to come back to international law under the UN as the basis to resolve this conflict. NATO is the only multinational security system that acts on the international stage in violation of the explicit mandate of the Charter of the United Nations. This makes it a threat to peace, as demonstrated by its “operations”, in Europe, Asia, and Africa, which have generated destabilization, destruction and setbacks in the full exercise of the social and human rights of people in the intervened areas.

We demand that all European states join the Treaty for the Prohibition of Nuclear Weapons, as European peoples demand by full majority according to any survey that has been conducted on the issue. In addition, we advocate for a nuclear-weapon-free and militarily diluted zone in the whole of Europe, from the Mediterranean to the Baltic and the Northern Sea as the first step toward a nuclear weapons-free Europe. We demand that the USA re-enters the Intermediate-Range Nuclear Forces Treaty and that both Russia and the USA refrain from re-entering antagonist nuclear weaponization races. A world without nuclear weapons is a safer world for all! 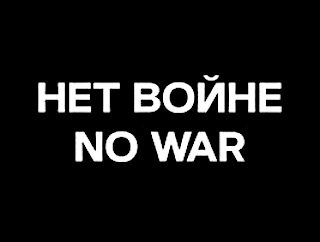 In short, we call for:

We appeal to the people of Europe to stand with strong peace and human rights values, knowing that defending peace is the only way to a world that shares that war never resolves conflicts but creates new ones. •

This article first published on the transform! europe website.

transform! Europe is a network of 39 European organizations from 23 countries, active in the field of political education and critical scientific analysis.