Canada and Militarism: The Case Against the Poppy

Red poppies commemorate Canadians who have died at war. Not being commemorated are the Afghans or Libyans killed by Canadians in the 2000s, or the Iraqis and Serbians killed in the 1990s, or the Koreans killed in the 1950s, or the Russians, South Africans, Sudanese, and others killed before that. By focusing exclusively on ‘our’ side, Remembrance Day poppies reinforce a sense that Canada’s cause is righteous, but Canadian soldiers have only fought in one morally justifiable war: World War II.

Red poppies were inspired by the 1915 poem “In Flanders Fields” by Canadian army officer John McCrae. The pro-war poem calls on Canadians to “take up our quarrel with the foe” and was used to promote war bonds and recruit soldiers during World War I. 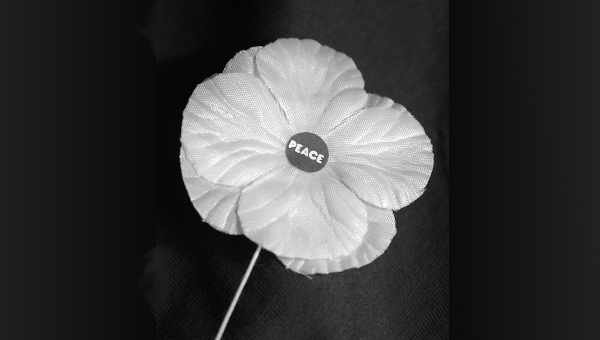 Remembrance Day marks the end of WWI, which was a capitalist, colonialist, horror show. The ruling elites of France, Germany, England, and Russia saw war as a way to weaken working class challenges in their countries. The other major force that spurred WWI was inter-imperial rivalry in Europe. It was a struggle for global supremacy between up-and-coming Germany and the imperial powers of the day, Britain and France. In fact, support for the British Empire was Ottawa’s primary motive in joining the war. As Canada’s Prime Minister Robert Borden saw it, the fight was “to put forth every effort and to make every sacrifice necessary to ensure the integrity and maintain the honour of our empire.”

During WWI, Canadian troops supported the colonial system in the Caribbean. Canadians also fought to conquer German West and East Africa, as well as Iraq and Palestine. In East Africa alone, about one million died as a direct result of the war.

The horror of the war in Europe is hard to conceive. Over four days, nearly 16,000 Canadian were killed or gravely wounded fighting for a few yards of terrain at Passchendaele. During the battle for Hill 70, 9000 Canadian suffered casualties, while militarists boast that Canadians “killed or wounded an estimated 25,000 Germans” while fighting for the largely inconsequential hill.

Every year the Royal Canadian Legion sells about 20-million red poppies in the lead-up to Remembrance Day. To help the historically racist and homophobic organization fundraise, the federal government granted it a monopoly over poppy distribution in 1927.

While its core political mandate is improving veterans’ services, the Legion has long advocated militarism and a reactionary worldview. In the early 1930s, it pushed for military build-up, and its 1950 convention called for “total preparedness.” In 1983, its president, Dave Capperauld, supported US cruise missiles tests in Alberta, and into the early 1990s, the Legion took “an uncompromising stand on the importance of maintaining a strong Canadian military presence in Europe through NATO, and by supporting the United States build-up of advanced nuclear weapons.”

The Legion has also espoused a racist, paranoid, and pro-Empire worldview. In the years after World War II, it called for the expulsion of Canadians of Japanese origin and ideological screening for German immigrants. A decade before WWII, as reported in Branching Out: the story of the Royal Canadian Legion, “Manitoba Command unanimously endorsed a resolution to ban communist activities, and provincial president Ralph Webb…warned that children were being taught to spit on the Union Jack in Manitoba schools.”

Long after the end of the Cold War, the organization remains concerned about “subversives.” Today, Legion members have to sign a statement that begins, “I hereby solemnly declare that I am not a member of, nor affiliated with, any group, party or sect whose interests conflict with the avowed purposes of the Legion, and I do not, and will not, support any organization advocating the overthrow of our government by force or which advocates, encourages or participates in subversive action or propaganda.” 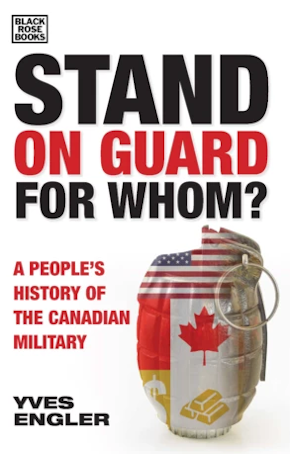 The veterans’ group has sought to suppress critical understanding of military history. In the mid-2000s, the Legion battled historians of the Canadian War Museum over an exhibition about the World War II allied bomber offensive. After shaping its development, the Legion objected to a small part of a multifaceted exhibit which questioned “the efficacy and the morality of the… massive bombing of Germany’s industrial and civilian targets.” With the museum refusing to give the veterans an effective veto over its exhibit, Legion Magazine called for a boycott. The Legion’s campaign led to hearings by the Senate Subcommittee on Veterans Affairs and a new display that glossed over a bombing campaign explicitly designed to destroy German cities. It also led to the director of the museum, Joe Guerts, resigning.

A decade earlier the Legion participated in a campaign to block the three-part series The Valour and the Horror from being rebroadcast or distributed to schools. The 1992 CBC series claimed Canadian soldiers committed unprosecuted war crimes during World War II and that the British-led bomber command killed 600,000 German civilians. The veterans’ groups’ campaign led to a Senate inquiry, a CRTC hearing, and a lawsuit, as well as a commitment from CBC to not rebroadcast The Valour and the Horror without amendments.

Canadians of conscience should not help fund the reactionary Royal Canadian Legion. Nor should they promote the martial patriotism that red poppies/Remembrance Day represents. Instead, to remember all victims of war, support peace organizations’ white poppy campaign. •

Yves Engler will be launching his new book Stand on Guard for Whom?: A People’s History of the Canadian Military in Vancouver, Nanaimo, Duncan and Victoria between November 10–16.

Yves Engler is the author of The Black Book of Canadian Foreign Policy, Left, Right: Marching to the Beat of Imperial Canada, and most recently Stand on Guard for Whom? A People’s History of the Canadian Military.