In the face of the deep crises of capitalism, with all the safety valves unscrewed so that each crisis is merely an intensification of the previous one; with crises increasingly affecting the everyday lives and living conditions making planning more precarious for an increasing number of women left alone with a double burden to carry, I sent out a call to the Marxists among the feminists whom I had known from the movement of the 1970s, from meetings, trips, visiting professorships, to jointly deliberate the situation. To our minds, it was high time also for the Marxist-Feminist forces to meet on the global level, just as capitalism and the crises it produced had become global; in short, it was time for a Marxist-Feminist International.

Within only one week, forty women from all parts of the world responded to my first circular letter, with thirty-four offering contributions to the congress envisaged. This first congress took place in Berlin from March 22nd to 25th, 2015, with more than 500 women from twenty countries taking part.1 To have this International not as a singular event but, at the same time, to anchor it for the future, I wrote twelve theses for the concluding plenary which I had distilled as a consensus from the thirty-four speeches. In doing so, I had been able to make use of the host’s privilege of already knowing the speeches beforehand. In a process of discussion at the Berlin plenary, in which the voices of many women were heard, modifications, improvements and expansions were demanded the summary of which I noted down and included in a new version of the original theses. There was no dissent at all on the question whether this congress should be continued. The follow-up congress took place in Vienna in 2016, with, again, more than 500 women from thirty countries taking part. Also, the theses had to be elaborated on and improved in a further discussion.

Let’s consider the theses as building stones for what we have already reached, as foundations, as voices for our “manifesto” as Marxist feminists. They are a travel baggage, always put up for discussion in the big forums and each time in a different company, useful and there to be used. Many suggestions made in the Vienna Conference (on reproductive technologies, on inclusion of indigenous cultures, on ableism) are still waiting for being integrated. The theses are a working tool and an insurance at the same time of what we are and where we want to go to, while both the path and the goal are open for joint discussion and thus for change.

(The theses published here and bearing my name are the outcome of a collective process and, in themselves, just a beginning.)2 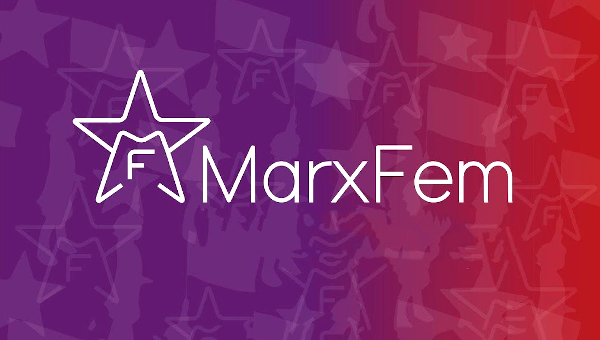 Marxism-Feminism are two sides of one coin, but it must be added that this coin itself requires transformation. Feminist Marxism holds firmly on to Marx’s legacy, and thus to the significance of the analysis of work in the form of wage labour and as the driving force of the workers’ movement. However, in the attempt to move the remaining female activities likewise into the centre of the analysis, MF shifts the question of the domestic and non-domestic activities from the paralyzing attempts to think them either completely as one or, vice versa, as completely apart (dual economy debate, domestic labour debate), into the fundamental challenge of occupying and transforming the concept of relations of production for feminist questions.

Thereby two productions are assumed, that of life and that of the means of life. The two are related to each other, so that it is possible to examine individual practices and how they interact. This opens up an enormous field of research, in which specific modes of domination may be investigated and possibilities of transformation can be sought in different historically and culturally specific ways.

It is clear that gender relations are relations of production, not an addition to them. All practices, norms, values, authorities, institutions, language, culture, etc., are coded in gender relations. This assumption makes feminist Marxist research as prolific as it is necessary. The contemporaneity and connectedness within global relations, and the simultaneous heterogeneity of historically concrete kinds of women’s oppression require international activists bring together their knowledge and experiences.

Marxism is not useful for capitalist society and its academic disciplines that legitimize domination. Since Marxism-Feminism assumes, that humans make their own history (themselves) -or, where they are prevented from doing so, self-empowerment must be gained -, it is unsuitable for a structure of top-down commands. This makes available research such as memory work as well as the historical-critical treatment of oneself in the collective, thus also self-criticism as a force of production.

That all members of society must participate in relations of domination in order to act necessitates concrete study of those knots of domination that paralyze or shackle the desire for change in capitalist patriarchy. Feminists have the advantage here of having fewer of the privileges that come with participating in power, they therefore have less to lose, as well as more experience in viewing the world from below.

All members of capitalist society suffer the damage sustained in these relations of domination/subjection; and to that extent, no one is close to living in a liberated society. In our present, there are historically sedimented forms of domination and violence, which can’t be reduced to one continuous path of development or a central contradiction. The savage forms of violence (against women), of brutalization, readiness for war, etc. are to be grasped as the historically disparate horrors stemming from old relations. For Marxist feminists, these violent relations have to be a fundamental theoretical and practical part of their struggle for liberation, and the struggle for the attainment of the status of subjects over and against male-human underdevelopment.

But violence is not just an expression of traditional and outdated relations, but also of relations produced at present. That is why a specific understanding of critique and analysis is needed which avoids essentialisms. – The most brutal forms of violence have returned as horrors from relations we thought of as overcome and which are products of present relations at the same time.

Marxism-Feminism takes a position on the primacy of the labour movement as a historical subject and agent of transformation. Bringing feminism into Marxism, and thereby changing the latter as well as the former, makes a critical view of traditional Marxism indispensable, which refers solely to the labour movement. Marxism is Marx’s critique of political economy + labour movement – that makes its incomparable strength. It also makes its limitations visible. The fate of the working class also shows its inability to recognize and to further develop questions that transcend the historical horizon of class struggles. This traditional Marxism is neither receptive for the new feminist questions nor for those of ecology, therefore we must keep working on it. The wealth of the various movements as well as the still unused wealth in Marx’s cultural heritage require continued working into the present. This is a challenge for all Marxist feminists, there’s a consensus in nearly all contributions.

The controversy over race, class, and sex/gender (intersectionality) should be taken further. The connection between class and sex in all societies seized by capitalism is to be investigated in detail; what appears as “race question” is to be answered concretely for each society and culture separately and to be related to the two other kinds of oppression. Nonlinear thinking is necessary.

In the upheavals since the crisis of Fordism, manifest in the series of crises of the rapidly globalized economy and driving people into more and more precarious conditions, women are among those that lose out, just as other marginalised practices and groups.

The dismantling of the Western welfare state in a globalized economy leaves the care for life to women in unpaid domestic work or in low-paid wage work, something that can be experienced in the global care-chain. We can conceive of this as “care crisis”, as a necessary consequence of a capitalist society, which in the shift of its economic centre to services gets into a profit squeeze, while it seizes on ever more barbaric forms of handling the crises through unequal creation of value levels.

Common to us all is to move life into the centre of our struggles and thus the struggles for collectively self-determined time. We can also follow the suggestion to analyse the crises around life as the consequence of unequal time logics within hierarchically organized areas. As a politics Haug suggests the four-in-one perspective, i.e. to let policy-making be led by the disposition of time, thereby not to adapt the areas to each other, but to free them from hierarchy through generalization. Only when all are active in all areas a liberated society shall be possible.

Our struggles are directed against domination and radically democratic – this requires also politics from below. Our resistance is situated culturally and temporally in different ways. But we are in union with Marx, “to overthrow all relations in which man is a debased, enslaved, forsaken, despicable being”. To organize a Marxist-Feminist Congress, and to reflect our modes of cooperation and conflict within it, is a means to translate our resistance into the development of a continuous Marxist-Feminist movement.

Marxist feminists do no longer remain in the position the labour movement ascribed to them, by virtue of division of labour, as women embodying peace and being made responsible for keeping it, while men continue waging wars. We refuse being reduced to this politics but want to bear responsibility for the whole. In the current global situation, characterised by crises and wars, we consider feminist power as indispensable. We bear responsibility and have powerful possibilities. •

This article first published on the transform! europe website.

For more information, see The Project of a Marxist-Feminist International.

Frigga Haug is one of the world’s leading Marxist-feminist thinkers. She is the editor of the multi-volume Historisch-kritisches Wörterbuch des Feminismus and co-editor of the Historisch-kritisches Wörterbuch des Marxismus. Her most recent books are Der im Gehen erkundete Weg (The Road Found in Walking) (2015) and Selbstveränderung und Veränderung der Umstände (Self-Change and the Changing of Conditions) (2018).