Building Back Better or Return to Austerity?

The COVID-19 pandemic is ebbing. Governments have amassed unprecedented debts in responding to this public health threat. Soon a choice must be made as to which direction we follow: build a more equal economy and society or return to ‘normal’.

In the early months of 2020, as the COVID-19 pandemic spread around the globe, the collective emotional response of our societies was one of fear. Fear of the mysterious virus causing illness and death in uncomfortably large numbers of people as well as another sort of fear – a fear of economic insecurity as governments directed the closing of large parts of our economies resulting in mass unemployment. A new crisis was upon us. 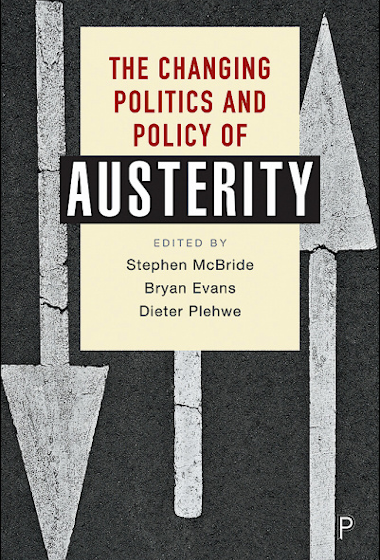 Only days prior to the World Health Organization’s declaration on 11 March 2020 that we had entered into a state of pandemic, the media headlines and top stories were concerned with the climate crisis as global temperatures soared, massive forest fires raged, super storms ravaged coastal areas and drought conditions endured. Now a terrifying global public health crisis was forcing an unprecedented economic crisis. As frontline workers lost their jobs in retail, food and hospitality sectors in particular, and the businesses which had employed them teetered on the brink of bankruptcy, governments and central banks responded by recycling the fiscal and monetary policy lessons learned through the not-so-distant financial crisis of 2008.

The second decade of the 21st century had indeed become one of multiple crises. Governments of all partisan hues dropped helicopter money on workers and businesses while the central banks socialised the rapidly ballooning deficits and accumulating government debt. In the eurozone, in early 2021, the combined government debt to GDP ratio exceeded 100 per cent. In the UK, this reached 106 per cent, and in the US, 127 per cent.

At the national level, COVID-19 responses demonstrate significant departures from orthodox public finance in the age of austerity. North American and European countries have allowed unprecedented monetary stimulus through Central Bank interventions (backed up by the Federal Reserve) and deficit rules long considered orthodoxies have been abandoned. At the same time, the fiscal capacity of the individual countries is also telling of the differences resulting from more than a generation of austerity. Export champions and wealthy countries like Germany have mobilized larger amounts of fiscal assistance to combat the economic fallout of lockdowns than was applied through the great financial crisis and the subsequent recession. Fiscally weaker countries in Southern Europe also assisted business and employment, but to a much lesser degree. Germany spent twice as much as France in terms of social transfers, for example.

In terms of loan guarantees, the volume was 3:1. In comparison to Spain and Italy, the figures are 3:1 and 4:1, respectively. More significantly, it was Germany that backed a jointly funded large-scale EU programme (Next Generation EU), whereas back in 2010, the country had prevented a significant move in the direction of enhanced European public finance (Eurobonds).

And it is here that we must pause and reflect, if only not to be lulled into a false sense of recovery.

In 2008, the insights and policy prescriptions of post-1945 Keynesianism were retrieved from the archives after three decades of retirement. Some hailed this as a return to the golden age of post-war inclusionary, perhaps social democratic, capitalism. The Reagan-Thatcher counter-revolution was over. This was the illusion of the moment: everything must change so that nothing changes at all. Instead of dismantling the policy and institutional bases of the neoliberal project, very nearly every aspect of these remained entirely intact.

Political optimism on the centre-left and left evaporated as the Keynesian spending programmes were rolled back and replaced by the prioritization of fiscal consolidation, or more directly, budget cuts. Anti-austerity protest led, in some cases, to electoral realignments of both the left and right, but regardless, the primacy of balanced budgets and debt reduction was restored. Syriza’s unpleasant experience in Greece was more than a tragedy; it was intended as a lesson for others who might dare to take a different path. It is not only that the parliamentary path out of austerity was foreclosed by the Troika (European Commission, European Central Bank, and International Monetary Fund). It was that they found no need to negotiate with an ostensibly sovereign government.

The pandemic has been different. For the second time in just over a decade, governments have demonstrated their tremendous capacity not only to manage a crisis but to create a safety net for millions of workers. And in this case, generally lower-wage and female workers. The pandemic laid bare how broadly inequality featured not just as an epiphenomenon but as a structured and core component of 21st-century life. Even elite spaces, perhaps concerned by the crumbling legitimacy of the liberal democratic order, were moved to question the prevailing economic order of the past 40 years.

Most outstanding was an editorial in the Financial Times no less, “Virus Lays bare the frailty of the social contract,” which renounced everything that Reagan and all who followed had put in place. To build back better would require a new social contract consisting of radical reforms intended to reverse the prevailing neoliberal orthodoxy. At the centre of this transition, the Financial Times board wrote, would be activist government intervening directly in the economy. This state activism would see public services as investments rather than liabilities, and would introduce labour market policies to address precarity. Redistribution will once again be on the agenda where the privileges of the wealthy are challenged by basic income programmes and wealth taxes.

The history of political and policy responses to both the Great Depression of the 1930s and the Great Stagnation of the 1970s are instructive. In very different ways, each is a case study in how hegemonic ideas and ideologies rapidly lose currency and open up space for policy innovation. The post-pandemic recovery may well be such an inflection point. In this respect, the campaigns for a Green New Deal are reminiscent of FDR’s New Deal in the United States of the 1930s. A post-COVID-19 recovery to build back better will require massive deployment of the state’s fiscal capacities, in addition to the state’s directing all of its institutional armoury to undertake direct economic planning, management and regulation including public service and public ownership.

Enormous debts have been accumulated through the pandemic. But the pandemic has revealed that decades of austerity, of underinvestment in social and public infrastructure, have left us with seriously weakened capacities to deal with a public health crisis of this magnitude. A return to normal as we knew it will mean a return to austerity. But that future is not necessarily pre-ordained. Other possibilities exist which the contributors to The Changing Politics and Policy of Austerity identify.

The key overarching strategy to building back better is a pro-public one as opposed to one which involves the privatization of public goods, public services and public infrastructure. A revitalised programme built on public purpose ideas and values must be at the centre. Workers must be empowered through a reconstruction of collective bargaining frameworks so that work is secure and living wages paid. Economic and social policy advisory councils serving governments must be made more representative of different policy ideas and open to those groups and policy actors not typically heard. Public debt cannot be the driver of the political and policy agenda. There are options to fiscal orthodoxy.

These are real alternatives. We are the owners of our history and as such we can determine which direction the post-pandemic future will take. Whether it’s back to national competition and competitiveness, or forward to collective choices for a better future is critical both to overcoming austerity and to taming global warming. The key is cooperation and collaboration both within and across borders to work toward a common end. •

This article first published on the Transforming Society website.

Stephen McBride is Canada Research Chair in Public Policy and Globalization and Professor in the Department of Political Science at McMaster University, Hamilton, Canada.

Dieter Plehwe is Senior Research Fellow in the Center for Civil Society Research, WZB, Berlin Social Science Center and Privatdozent (Private Lecturer) in the Department of Political Science at the University of Kassel, Germany.