The lack of accessible transit throughout our country creates barriers for people with disabilities and limited mobility who rely on transit to get where they need to go, especially as they grow older. This has been especially evident during the COVID-19 pandemic, where people with disabilities faced even more barriers. For example, in Hamilton, people with mobility devices were forced to take transit with a companion as drivers were not permitted to deploy ramps themselves, essentially stripping them of their own autonomy.

Removing barriers means providing more accessible vehicles, stations and transit facilities and transit information that can be easily accessed by all. Acting on these types of measures can create truly universal transit and para-transit systems across the country.

Some provinces have introduced legislation, mandating public and private organizations be accessible. Transit systems however aren’t addressed adequately and they lack the resources to implement full accessibility.

All parties need to take a holistic approach when it comes to tackling mobility justice and look at all aspects of a transit system if they are going to make public transit a space where all can move around freely. 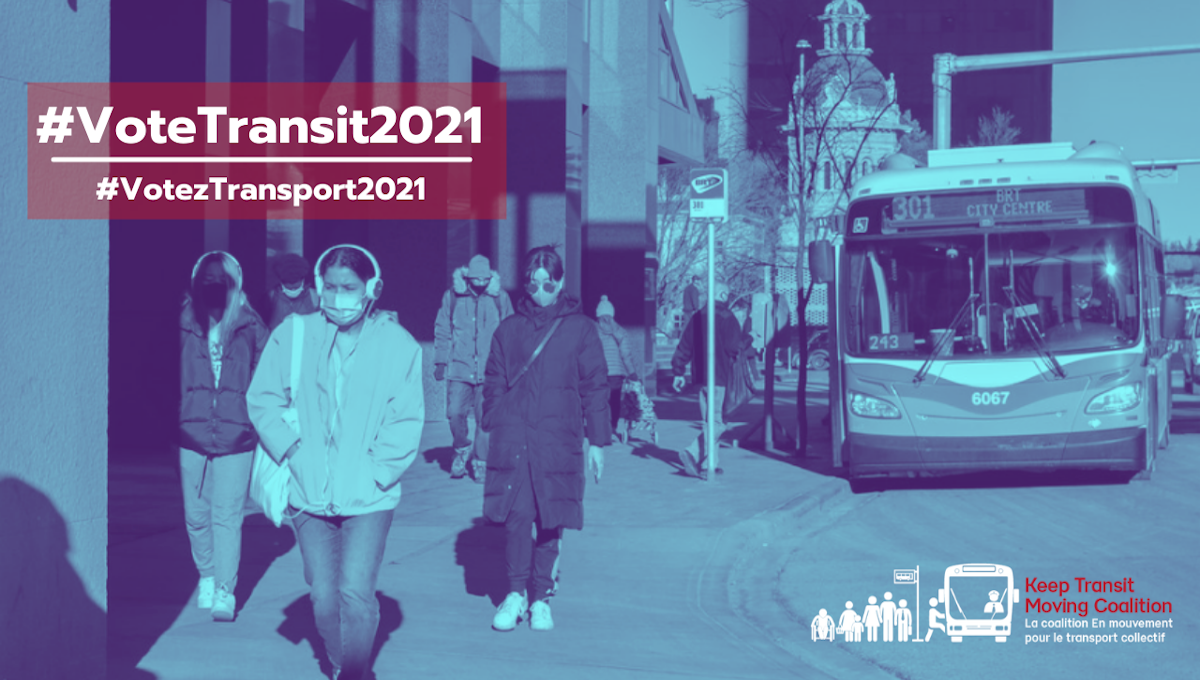 Since the beginning of the pandemic, public transit agencies have been severely impacted by reduction in ridership and loss of revenue.

Throughout this pandemic, it has become clear that transit systems should not continue to rely on transit fares for stable funding. Without help from all governments, public transit agencies are heading toward severe cuts

For example, in the greater Montreal area, the four public transit agencies may have accumulated an estimated deficit between 716 and 936 million dollars by 2024. The Autorité régionale de transport métropolitain, the umbrella organization responsible for planning, organizing, financing and promoting public transit services for the metropolitan region of Montreal, has apparently put together a proposal for its board of directors forecasting that the four transit agencies will have to reduce their service to accommodate the projected deficit. This would mean that the four public transit agencies would have to cut their service level by 2% every year from 2022 to 2024 as well as raise their rates 4% annually during that period. Not all transit providers were able to avoid cuts in the last year. A case in point is GO Transit, the regional transit service for the Greater Toronto and Hamilton Area (GTHA). It was not eligible for the aid that municipal agencies received.

To avoid this catastrophic scenario and continue to have robust transit in a post-COVID recovery, the government should:

Canada’s transportation system should be designed and operated to provide everyone — regardless of age, income, race, or level of mobility — with safe and viable choices, whether or not they own a car. It should ensure that people in low-income neighborhoods and racialized and Indigenous communities have opportunities to fully participate in local and regional economies.

Transportation spending must be:

In May 2021, Greyhound Canada announced that it would be cancelling its services permanently, leaving Canadians across the country without intercity bus services and more than 300 transit workers without jobs.

Rural and Indigenous communities in Canada have been and are chronically underserviced by public transit, creating transit deserts in which individuals are unable to travel safely to neighbouring communities for work, medical appointments, or leisure. This decision leaves thousands of people across Canada without an intercity bus service, forcing people going from one city to another to commute by car, hitchhike or use unregulated ridesharing.

The Missing and Murdered Indigenous Women and Girls (MMIWG) Report highlights the need for adequate intercity bus transit as a key step to reconciliation. A national Intercity and Highway Bus Service, with ongoing funding and operational support, provides a Canada-wide opportunity to address the dangerous issue of isolation among Indigenous and remote communities moving us further along the road toward a more just and inclusive Canada.

Now, more than ever, we need to invest in low-carbon public transit that will create jobs and connect people across this country to their families, communities and vital services.

These investments will make it possible to meet the population’s expectations in terms of sustainable mobility. The criteria for allocating capital spending must be multiple and varied so that public transit projects can be financed in medium-sized communities.

The Keep Transit Moving Coalition is a national forum of partners who rely on public transit, advocate for public transit, and work in the transit sector. We are united in in our shared values of: prioritizing transit funding for transit operations; rejecting privatization of public transit and encouraging public ownership of transit infrastructure; ensuring accessible and reliable transit to address inequalities; and centering sustainable public transit as a pillar of climate justice.