Radicalism and Disability Struggles: The Political Life of ET Kingsley

On 15 October 1890, Eugene T. Kingsley’s life changed dramatically and irrevocably. The political trajectory of the North American working class would change as well, even if Kingsley was not cognizant of his destiny. He was working as a brakeman on the remote Spring Gulch line of the Northern Pacific Railroad (NPR) in rural Montana, which had just been admitted to the United States as a state in November 1889.1 Sparsely populated, this was frontier country, and the NPR transcontinental line had been completed through Helena only in 1883.2 Kingsley, nearly thirty-four and a married father of two young boys, was injured when he fell between two moving cars.3 He was rushed to the NPR hospital in Missoula, and his left leg had to be amputated between the knee and hip and the right leg between the ankle and knee.4

During his recuperation in the Missoula hospital, Kingsley began to read the work of Karl Marx. Parallels between his own life circumstances and the dangers of capitalism might have propelled Kingsley toward the left, but unfortunately evidence of his political awakening is scarce. 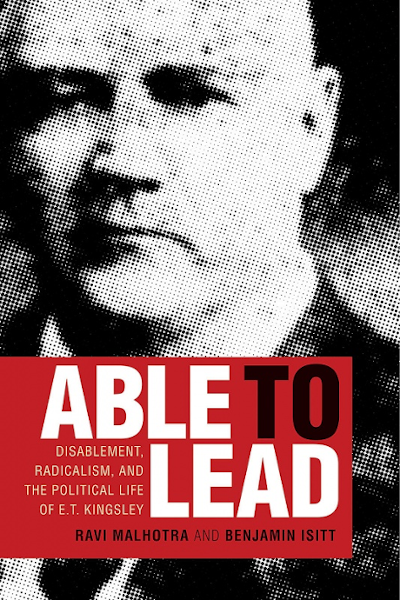 What we do know is that Kingsley soon became an active member of the Socialist Labor Party (SLP), led by Curacao-born immigrant Daniel De Leon.5 Known for their rigid politics and relentless opposition to the capitalist system, the De Leonists had a pronounced influence on Kingsley’s political outlook and conceptual universe. The party encompassed a strong commitment to the complete transformation of the capitalist state while showing an aversion to the day-to-day trade union battles that Kingsley and his De Leonist co-thinkers perceived as hopelessly reformist.

Kingsley was soon engaged in public speaking on the street corners of San Francisco, where he had migrated to after growing estranged from his family. In due course, he became a party organizer and ran for the US House of Representatives on the SLP ticket in 1896 and 1898 and ran municipally in San Francisco and San Jose. His meandering personal and political paths would take him first to Seattle, where he became active in the Revolutionary Socialist League (RSL), then to Vancouver Island in 1902, and finally to Vancouver, where he became a founder and leader of the Socialist Party of Canada (SPC), running three times for the House of Commons and three times for the Legislative Assembly of British Columbia. One of the most prominent socialist intellectuals of his day, Kingsley merits scholarly attention beyond the glimpses that it has been accorded to date. We hope that this book serves to rectify this omission, illuminating Kingsley’s contribution as well as the tenacious capacity of people to rise above adversity and demonstrate an ability to lead within an environment systematically designed for able-bodied people.

Historian Peter Campbell identifies Kingsley in the second sentence of his invaluable book Canadian Marxists and the Search for a Third Way but chooses other figures for the four biographies that structure the work.6 This methodological choice is symptomatic of the general marginalization of Kingsley within the scholarship on the North American left. He is a character who appears frequently on the stage only to be consigned a cameo role as the spotlight shines on others. The preponderance of Kingsley appearances in dozens of existing works on the history of labour and the left amply demonstrates his substantial contribution to the political landscape of turn-of-the-century North America – and hence the need for our study focusing on his atypical life story and his eclectic political life.

Historian Ian McKay identifies Kingsley as “the pivotal theorist in the Socialist Party of Canada,” and Ross McCormack identifies him as “the real founder” of and a central ideological influence in the party, which enjoyed considerable influence in British Columbia and Canada in the first decade of the twentieth century.7 McCormack notes how Kingsley, known by his nickname The Old Man, edited the SPC organ, the Western Clarion, from 1903 to 1908 and continued supporting the paper, at enormous personal cost, both physically and financially, until 1912. He was also one of the most popular SPC speakers and travelled widely in western Canada and occasionally beyond to stump for socialism and the abolition of capitalism, nurturing what would come to be known in some quarters as “the British Columbia School” of socialism.8 Political scientist Paul Fox describes Kingsley as “a brilliant speaker and writer” and “a devoted Marxist” under whose “pugnacious direction” the Western Clarion “quickly became a resounding Marxist trumpet, blasting out revolutionary marches to more than two-thousand wage-earning subscribers every week.”9

Much of the historiography of the Canadian left has focused on the tradition of social democracy of the Cooperative Commonwealth Federation (CCF)/New Democratic Party or the official communist history of the Communist Party of Canada. The earlier Canadian left, or what McKay aptly calls the “first formation” left of the early twentieth century, has received relatively little scholarly attention.10 Yet as McKay elegantly demonstrates, this first formation left had a deep influence on early-twentieth-century Canadian culture. One of its central ideas was that social evolution would see the emergence of socialism from the self-destruction of the capitalist monopolies.11 In this book, we offer a corrective to the dominance of social democracy and communism in the scholarship on the Canadian left while contributing to legal history and disability history through a historical and legal analysis of the political life of one man.

Kingsley was one of the most influential physically disabled12 intellectuals of the left in North American history. The story of this American-born radical and double amputee who mobilized socialist forces along the Pacific Coast highlights a distinct and compelling contribution to political life in Canada and the United States during the era of capitalist consolidation. Alongside our treatment of this socio-political context, we consider the history of prosthetics and how this emerging technology provided options to men such as Kingsley – who lived more than half of his life as a double amputee – to participate fully in political life despite an environment that imposed significant barriers, in terms of both physical ability and expectations, to physically disabled people. We also employ a critical reading of tort cases to understand the opportunities and constraints for a worker who lost his limbs in light of Kingsley’s lawsuit for $85,000 in the Minnesota state court.

Kingsley left the Socialist Labor Party during a factional fight in 1900 and then played a role in leading dozens of socialists into a De Leonist splinter group, the Revolutionary Socialist League, in Seattle. In 1902, he was invited to relocate to Nanaimo, British Columbia, by Canadian radical coal miners who would go on to establish the now forgotten but once influential Socialist Party of Canada. Kingsley soon moved to Vancouver, and as editor of the SPC political organ, the Western Clarion, he rallied workers against the horrors of the capitalist system and encouraged them to have the confidence in their own talents and abilities to establish a new society. We use critical disability theory, which we elaborate below, to explore how the racist and ableist immigration regime of the day shaped Kingsley’s ability to operate as a radical.

As the First World War broke out, the national security state gathered momentum. We show how Kingsley was affected by state monitoring of his activities while participating in some of the most important political events of the day. Although now forgotten, he commented on or participated in many political crises, including free-speech battles in San Francisco and Vancouver in the 1890s and 1900s; race riots against Chinese, Japanese, and South Asian immigrants on the streets of Vancouver in 1907; a bitter coal miners’ strike on Vancouver Island in 1912–14; the controversial rejection of hundreds of Sikh, Muslim, and Hindu immigrants attempting to enter Canada on the Komagata Maru in 1914; the First World War and conscription crisis; the eventual censorship and suppression of dissidents such as Kingsley and his comrades in the Socialist Party of Canada; and the famous Winnipeg General Strike and One Big Union of 1919.

One of our primary objectives in writing this book is to demonstrate how critical disability theory can illuminate Kingsley’s life and help scholars to appreciate better how amputees have been able to make significant contributions to public discourse. The paucity of scholarship on Canadian disability history suggests that this work breaks fresh ground in our knowledge of the experience and agency of double amputees at the turn of the twentieth century. •

This is an excerpt from Able to Lead: Disablement, Radicalism, and the Political Life of E.T. Kingsley, by Ravi Malhotra and Benjamin Isitt, UBC Press 2021.

Join the authors for a book launch on June 15th.

Ravi Malhotra is a professor at the University of Ottawa, Faculty of Law, Common Law Section, and a disability rights advocate. You can follow him on twitter at @RaviMalh.

Benjamin Isitt is a historian and legal scholar based in Victoria, British Columbia. He is the author of From Victoria to Vladivostok: Canada’s Siberian Expedition, 1917–19 and Militant Minority: British Columbia Workers and the Rise of a New Left, 1948–1972, among other publications.