For an Egalitarian, Cooperative Road to an Ecosocialist Future

This important Ecosocialist Manifesto, published by the Green Left emerges out of Australia in preparation for the forthcoming conference, Ecosocialism 2020: From rebellion to revolution, supported by the Socialist Alliance. It will be open for further discussion and development through a series of Ecosocialism conferences in several cities across Australia in late October.

We are in the midst of a climate emergency and there is no way out without radically changing the way society is organized. If humanity does not free itself from the capitalist drive for ever greater profits and ever-expanding economic growth, rising global temperatures alone will make the planet uninhabitable for humans and millions of other living species.

We urgently need to find a collective road to a new way of living that is based on human solidarity and ecological sustainability. 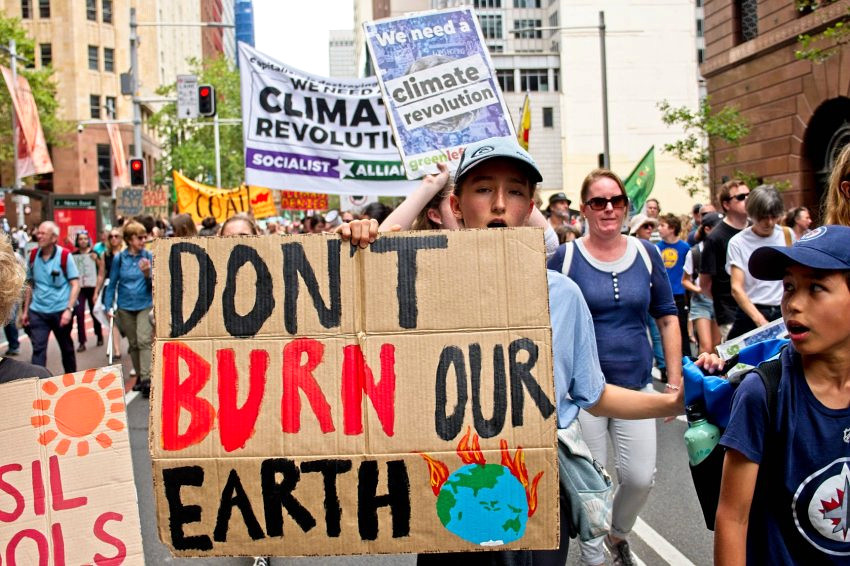 1. The Emergency is Now

Catastrophic fires, extreme weather events, rising sea levels and the shocking collapse of biodiversity are a reality after just 1°C of global warming. At current rates of greenhouse gas global emissions we are heading for 2–3°C rise.

Despite numerous warnings from the world’s leading scientists, none of the global climate summits have produced the targets, let alone actions, needed to address the climate emergency.

The governments of a number of rich countries – including the United States and Australia – are defending the profit greed of the giant fossil fuel companies. They are also stubbornly resisting calls for binding and effective greenhouse gas emission cuts and for the richest countries to pay the climate debt owed to the rest of the world that they have ruthlessly exploited and oppressed for generations.

The climate emergency is just part of the historic clash between the capitalist system and nature.

Corporate greed has destroyed entire ecosystems and poisoned land and seas with toxic waste. Land clearing, driven by capitalist agribusiness, has robbed the planet of the forest cover needed to absorb carbon dioxide and provide a home for many species. It has also unleashed deadly new pandemics, such as COVID-19.

The climate emergency and the COVID-19 pandemic are symptoms of the dangerous rift that capitalism has created with nature and which it continues to exacerbate.

But the COVID-19 pandemic also shows us that the privileged ruling elites and the majority they exploit and oppress cannot carry on in the old way.

The huge death toll from COVID-19 in the US, the world’s richest and most powerful country, demonstrates that even the most privileged will not be spared the impact of the existential crisis that capitalism has created.

2. We Need to Move Beyond Capitalism to Ecosocialism

Just 100 fossil fuel corporations account for 71% of global greenhouse gas emissions. Leading climate activist Greta Thunberg has pointed out that the capitalist class has already contracted out a lot more than the world’s carbon budget, which the Paris Agreement said is needed to keep global warming to 1.5°C.

Attempts by the climate summits to find capitalist-friendly solutions to the climate emergency have not worked. “Market solutions,” such as carbon trading, have failed even in the few capitalist states where they have been implemented. Any “greening” of capitalism, that such market solutions may have encouraged, is too little and too late.

To pull back from catastrophic climate change requires emergency action to democratize the economy. To do this, critical industries such as energy, transport, agribusiness and the financial institutions that invest in them need to be brought under social control – now.

This will be necessary to move rapidly to 100% renewable energy and to reduce net carbon emissions to as close to zero as possible.

This all points to the urgent need to replace capitalism with an ecosocialist society, that could address gross injustices and repair capital’s rift with nature.

The corporate rich, that now rule the world, stole much of their starting capital directly or indirectly through colonial plunder. They destroyed numerous societies around the globe, many of whom were organized for thousands of years around Indigenous social values of egalitarianism, cooperation and co-existence with nature.

An ecosocialist future would require a return to such principles, with the benefit of technological advances used for social good.

Under capitalism, almost every technological advance is used to deepen the exploitation of the majority and nature, or to build dangerous weapons of mass destruction and suppression.

An ecosocialist society would liberate human creativity through translating productivity gains into a radically shorter working week. This is also necessary to free the majority of the population – now exploited to the point of exhaustion or discarded as surplus labour – to exercise direct democratic control of society.

An ecosocialist society will need to be based on grassroots direct democracy that allows communities to have real control over their destinies.

The giant corporations are using all their power and privilege to defend their narrow interests – even as it becomes increasingly clear that humanity cannot carry on as before.

They buy off governments or remove any that challenge their interests. They promote and fund climate denialist, racist, misogynist and nakedly fascist movements.

They have already plunged entire nations into permanent war to protect their right to plunder and exploit the world. Now, they are even supporting violent right-wing forces in the US threatening civil war.

They are prepared to use the disproportionate military power of the US and its rich country allies to preserve a grossly unequal capitalist global division of labour and a presumed “right” to continue passing the costs of the ecological crisis on to the poorest countries.

They are resisting calls for reparations to be paid to those countries they have plundered and poisoned. They are blocking calls for rich countries to adopt sharper and deeper cuts to greenhouse gas emissions and for renewable technologies to be shared across the globe.

4. Building a Movement for Ecosocialist Revolution

A new mass movement for ecosocialist revolution needs to be built from the radicalizing climate emergency movement and other progressive mass movements, such as the Black Lives Matter Movement, that are challenging the capitalist system in the face of rising fascist movements, racism, sexism and attacks on civil liberties.

In all these movements, we hear calls to end capitalism and build a new future based on the collective and ecologically sustainable traditions that capitalism has tried its best to wipe out over the last 400 years. 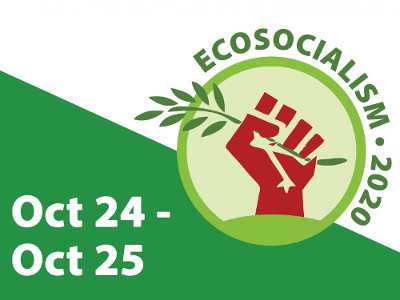 Ecosocialists seek to unite and amplify those voices for real change.

History teaches us that people’s political consciousness can develop rapidly in the process of sustained collective struggle and that such movements act as schools of direct democracy. They can also give birth to new institutions of popular democracy.

Therefore, it is of critical importance to build mass movements around programs of immediate and transitional measures that the climate emergency demands.

The radical green new deal programs, championed by former British Labour leader Jeremy Corbyn, the US Green Party and US Democratic Senator Bernie Sanders, are examples for such a program.

But the system change potential of any such transitional program can only be realized by an independent mass movement that goes beyond the limits of electoral campaigns.

The deepening crisis that we are confronting today makes it clear that time is of the essence.

The time to stop capitalism from destroying our common future is running out. The need to build this mass movement for change means we urgently need to build ecosocialist organizations and global networks that can unite their impact. •