Transit Workers Are Still Dying – With No End in Sight

Since the onset of the coronavirus pandemic, public-transit workers have been called “essential” and “heroes.” Yard signs plaster suburbia with “Thank you essential workers” and “Essential workers are heroes.” City apartment windows boast similar signs. And every day, these transit workers show up to work, exposed to hundreds of people a day, and transport other frontline essential workers to their jobs as nurses, grocery clerks, and other jobs we can’t do without. 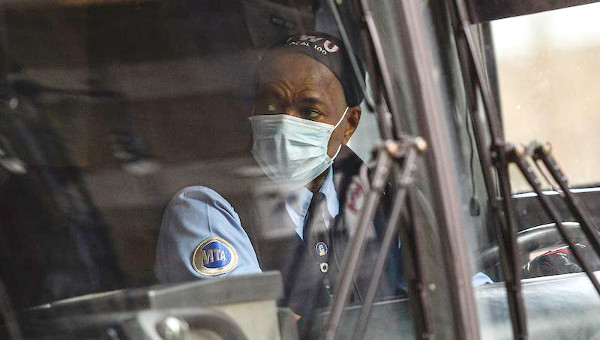 But their work has come at an appalling cost. Hundreds of these transit workers have died as a result of their exposure to the virus while at work. Nearly 100 members of Transit Workers Union (TWU) Local 100 in New York City alone have died. Every time there’s a hot spot around the country, labor leaders told me, transit workers in that region contract COVID-19 and some die. “As soon as I see a hot spot, I’m like ‘Oh no,’ because there’s the buses,” said John Costa, international president of the Amalgamated Transit Union (ATU).

As of September 4th, at least 87 ATU members have died. TWU has lost at least 150 members, and no fewer than 10,000 members have tested positive or been in quarantine. But for the most part, states and agencies aren’t tracking COVID deaths of transit workers. According to ATU Local 192 president Yvonne Williams in Oakland, California, AC Transit officials claim that workers for bus system serving parts of Alameda and Contra Costa counties, contracted the disease outside the workplace. As of September 3rd, 37 of her members have contracted the disease and two have died.

Since the pandemic began, ridership has fallen precipitously as Americans who could began working from home. As ridership declined, so did revenues. City budgets, another essential pillar of transit agencies’ budgets, also crashed. The CARES Act helped alleviate some of the immediate budget woes, but without further federal funding, many transit agencies are on the verge of collapse.

The $25-billion provided by the CARES Act covers the $16-billion in fare revenues that agencies take in during a typical year, but fares are just one source of their revenues, explained Paul Lewis, vice president of policy and finance at the Eno Center for Transportation. Some agencies rely more heavily on fare revenues than others, Lewis said. For example, 75 per cent of San Francisco’s BART system’s operating expenses are covered by fares, but in Los Angeles, fares account for just 18 per cent of that agency’s budget.

And as revenues collapse, transit agencies are asking the unions that represent their workers to come to the table for concessionary bargaining – that is, for austerity budgets, for furloughs, and for possible layoffs.

The vast majority of transit riders take buses – more than 50 per cent, according to Lewis. Most transit agencies in the US are just bus agencies, and most agencies collect just 20 per cent of their total operating revenues in fares. Buses are also more dangerous for workers than trains, given that a bus operator often shares the same ventilation system as the passengers, whereas a train operator is usually cordoned off from the passengers. Now that the farebox recovery ratio – the percentage of operating funds that are recouped through passenger fares – has fallen precipitously, some agencies have cut services, which often leads to more crowding on buses and trains.

TWU’s international president John Samuelsen blamed the “budgetary disasters” on an overreliance on the farebox system. He says it’s a vestige of the practices of the private companies that ran public transit 100 years ago. “That system ended because this vital public service could not be run as a for-profit enterprise,” he said.

Even as agencies’ budgets crash, however, they are incurring more expenses, such as personal protective equipment (PPE) for workers and increased expenses for sanitation. PPE also has a shelf life, so it must be cycled out, explained Adie Tomer, a fellow at the Brookings Institution’s Metropolitan Policy Program.

Jack Clark, executive director of the Transportation Learning Center, said that unlike other industries, transit funding has broader support than one might think, because federal funding guidelines stipulate that the equipment be made in the United States. For example, he said, a major plant that makes buses is located in the California congressional district of Republican House leader Kevin McCarthy – a key ally on federal legislation.

A complicating factor in the federal funding of transit, however, is that one in every two transit passengers in the United States is in metro New York, Lewis explained, but Congress can’t offer federal aid just to New York – and thousands of other agencies need support, too. Across the nation’s agencies, there isn’t consistency on PPE or social-distancing guidelines – partly because of the void left by the Occupational Safety and Health Administration (OSHA), which affects all industries, not just transit.

“OSHA in this administration sucks; this president doesn’t want safety,” Costa said. And despite knowing what’s necessary to keep workers safe six months into the pandemic, not all agencies are following best practices. As the Prospect reported, the airflow on buses is dangerous, but proper filters and ventilation can prevent the spread of the virus. CDC guidelines, Costa said, aren’t enough. Instead, workers must make demands for the changes they need to be safe. “It’s the only recourse we have that we can do legally without taking a strike,” Costa added.

Physical Distancing – on a Bus

According to Costa, while members do have access to PPE, they can’t get the recommended N95 masks because they just aren’t there. “The administration … they don’t think this is a problem.” Costa continued, “The rich and famous can work from home, but minorities and the poor have to be out there with everybody – and they’re dying.”

Most bus agencies have implemented social-distancing guidelines such as rear-door boarding, protective plastic shields for bus operators, and blocking off the front half of the bus. Most also require passengers to wear a mask, and some even provide masks to passengers who don’t have one. But passengers’ mask and social-distancing compliance has become another tension point for operators across the country.

Lewis says that agencies need more guidelines on the compliance issue. “In a pandemic that’s spread through the air, yelling at certain passengers only escalates the situation and makes it more dangerous,” he said. 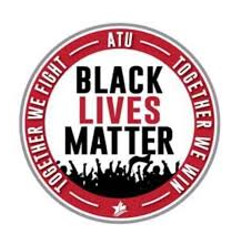 “It’s absolutely a horrifically stressful time to be a transit worker in America,” Samuelsen said, noting that three transit workers were assaulted in 24 hours in New York last week. His members and passengers generally both fear the pandemic and are stressed by “not knowing how they’re going to pay their rent, their mortgage, or put food on the table.”

In Washington, D.C., labor and management for the Washington Metropolitan Area Transit Authority were beginning to figure out how to work together better just before the pandemic hit, said Clark. Now, however, “they’re looking at massive cuts in service and layoffs.” Clark added, “It will get very ugly very quickly. And it quickly becomes a racial-justice issue, because look who’s doing the work and look who’s riding the buses.”

Costa said that six months into the pandemic, ATU still has concerns. “The agencies are now reopening and starting to go backwards on social distancing,” he said. Several union leaders told the Prospect that they are not only worried about social distancing, but also that agencies will become complacent as the pandemic is normalized. “Our guard is going down, and I have a fear that we’re going to lose more members to this COVID,” Costa said.

For that reason, Samuelsen fears that “we’ll have to fight these fights all over again.” The subway system, he added, is the canary in the coal mine for the second wave of the virus.

Ever since the pandemic began ravaging transit workers, their union leaders have scrambled to figure out how best to support their members. Every other week, ATU’s Costa holds a tele-town hall with local union leadership to give an update on the pandemic, share information about layoffs and furloughs, and recount what victories and successes his union has achieved. At the end, he takes questions. Costa said that navigating a pandemic was not in the playbook when he was elected, and that leadership is learning new communications skills as it goes along. The union has done Zoom training for local leaders, too. Ironically, such changes may prove to strengthen unions: “Quite honestly, I think it might have saved the labor movement, in that we had to change our ways on how we do business,” he added. In fact, his union’s membership has actually had a bump during the pandemic.

But ATU Local 192 president Williams makes clear that union leaders are still figuring out what works. Members still need more direct communication and more communication in the workplace, she said. AC Transit has said that it plans to do layoffs only by attrition, but Williams, who has been an ATU member since 1980, said that given her experience, there may still be layoffs.

Costa says that if Congress doesn’t act to fund state budgets and transit budget deficits, the toll will be drastic. “We’re going to have a depression,” he said.

Samuelsen noted that older workers remain terrified of becoming ill, and younger workers wonder if they’ll have a job the next day. In New York, Mayor Bill de Blasio has already raised the prospect of laying off 400 paramedics, and Samuelsen worries that transit workers are next – despite the possibility of a second wave in the winter.

TWU will continue to lobby for more federal money, Samuelsen said. If there are layoffs, a strike is possible, added Samuelsen, a former president of the hard-hit TWU Local 100. “Does anybody really believe, do the bosses or politicians really believe, that after more than 100 Local 100 members are dead that they’re going to be able to announce layoffs and there won’t be a massive rank-and-file rebellion?” he asked.

Transit workers, Williams asserted, fear the indifference of their bosses. “The company managers who are by and large sitting at home and sending us to the streets do not think we’re essential workers,” she said. “They think we’re expendable.” •

This article first published on The American Prospect website.

Marcia Brown is a writing fellow at The American Prospect.