Trade unions are on the defensive all over the world, under immense pressure from strong economic and political forces. We are facing a multiplicity of crises. Employers are attacking on all fronts, and the pandemic is being used as an excuse further to undermine unions, wages and working conditions.

Since the neoliberal offensive began around 1980, we have experienced an enormous shift in the balance of power, from labour to capital. In spite of that, large parts of the trade union movement have continued to cling to the ideology of social partnership – with social dialogue as its main method of influence – which, in the current situation, is proving counterproductive. 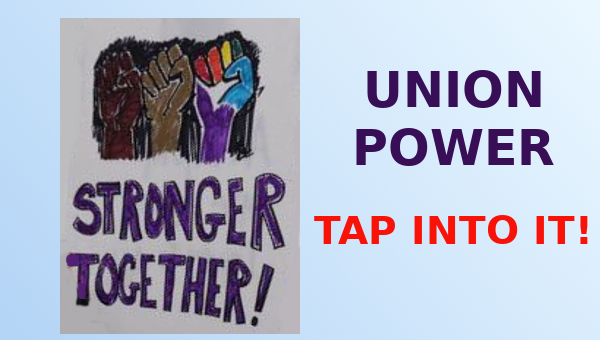 A growing number of unions are however realising that we are in a critical situation and that we have to take bold new steps toward confronting our adversaries. We have to reform our unions, to turn them into more effective instruments and to prepare them better for the confrontations to come.

Unions are opposing the neoliberal restructuring of our societies. They are united against privatization and deregulation of our public services. They are demanding secure jobs, better working conditions, health and safety at work and a ‘just transition’ to avoid a climate catastrophe. All in all, trade unions have an impressive list of progressive demands.

The problem is that it often stops there. There is a lack of discussion and policy on the next step if and when our specific demands are adopted and delivered. And since economic, social and political developments mainly go in the opposite direction, it is important that we also assess our organizations – their weaknesses as well as their strengths.

To develop our strategies is a particular challenge. Our comprehensive goals will require deep social and economic transformations, so we are facing an interest-based struggle. Certainly, it is a question of power.

We shall therefore need more unions able and willing to struggle. We have to build broad social alliances. Massive mobilization of social forces and mutual solidarity will be necessary. We face a problem, however, as long as major sections of the international trade union movement are stuck in a social-dialogue trap.

In the dominant interpretation, social dialogue has become an end in itself – a way to make progress in relation to employers and with governments. Of course, the possibility to talk face-to-face with employers is important, but that in itself does not give us more power. It just gives us another arena in which we can express what power we already have.

It is representing our members, with their ability and will to take action, which gives us power in the ‘dialogue’ as well as at the negotiating table. Yet the social-partnership ideology has increasingly become detached from the power relations from which it sprang.

Nobody criticises unions for going to meetings with employers. That is, of course, necessary and important. The criticism is about acting as if social dialogue were the primary means to gain influence.

Instead of humiliating ourselves by begging for ‘a seat at the table’, we must direct our resources and policies toward building strong unions with industrial muscles. In today’s capitalist society it is quite clear that if you do not represent a potential threat to the employers’ interests you are powerless – with or without social dialogue.

It is useful to take a look at the origin of social dialogue. It all goes back to the institutionalization of the historical class compromise between labour and capital after World War II – with its centre in western Europe. This compromise (whatever we think of it), was built on power. It was the result of a very specific historic development, in which the trade union and labour movement was able to threaten the interests of capital through mobilization and struggle.

The class compromise was not the result of appeals to the employers, but of having taught them a lesson through industrial action. The employers became interested in striking a deal with the workers, not to be nice but to avoid something worse – socialism of any kind. The class compromise was established on the basis of 50 years of hard class struggle. It was the associated shift in power relations in favour of labour which gave the trade union movement influence through tripartite negotiations and social dialogue.

Now, since power relations have shifted considerably in favour of the employers, the class compromise has already collapsed or is about to do so. With a weak trade union and labour movement, very much on the defensive, the employers are no longer interested in any compromise, including effective social dialogue.

It’s proof of the crisis we face that unions in Europe have been reduced by half on average over the last 40 years – an onslaught on unions unprecedented in modern times. To trust that social dialogue will save us in such a situation is at best naïve.

It is not difficult to understand what employers are after. They want to abolish the welfare state, to privatize and corporatize ever bigger parts of our economies and societies, and to defeat the trade union movement.

To confront that, we need stronger unions willing to challenge them. We must analyse the current political conjuncture, develop programmes and policies and come up with visions that can engender enthusiasm and optimism – and generate effective strategies on how to realise them.

But the power relations are crucial: the seat at the table will be available as soon as the employers realise that it will be better to have us there than in the streets or on the picket lines. •