As bargaining at the Detroit Three automakers kicks off in Canada, union members are fighting back against a longstanding undemocratic contract ratification process. In an unprecedented development, the Solidarity Movement, a rank-and-file movement within Unifor, has launched a petition to demand full disclosure of the collective agreement before voting takes place. Since the launch in early August, more than 1,800 members have signed.

Though the collective agreement is one of the most important documents to shape a worker’s life, Canadian auto workers at General Motors, Fiat-Chrysler, and Ford are not allowed to see it before we are asked to ratify it. Unifor, the largest private sector union in Canada, represents nearly 17,000 auto workers at the Detroit Three. 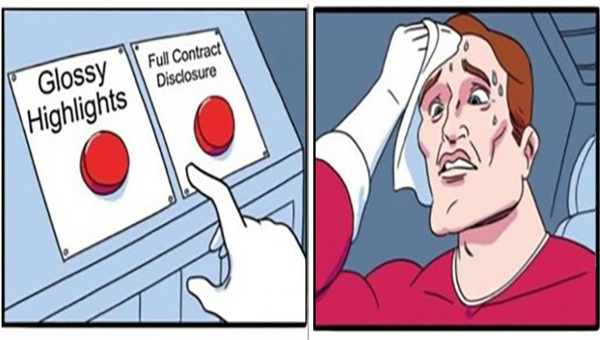 The petition calls on Unifor leadership to “provide full disclosure of the contents of the contract, five days before ratification, by publishing all revisions, additions, deletions, and changes to the contract, clearly marked, on the Unifor National website and the websites of the locals involved in ‘Detroit Three’ bargaining.” It also requests “that the ratification highlights include a clear statement of all money and benefits negotiated on behalf of union representatives and any money or benefits negotiated to be paid to the Locals and/or National Union.”

In the US, the United Auto Workers publishes the full contract with all changes on its website where Detroit Three members can read it before they go to their ratification/information meetings — a long-time demand of American union reformers. The UAW began posting the tentative Detroit Three contracts online in 2011.

Unifor National President Jerry Dias has been dismissive. When asked for comment by Automotive News, Dias was reported as saying “the petition was not on his radar.” “I’ll take my lead from the leadership, and leadership will make a decision on what they want to do internally within their own workplaces,” Dias said. “I don’t chase mice when I’m hunting elephants.”

The Solidarity Movement asks who Jerry thinks are the mice? The members’ concerns should be acknowledged, not simply dismissed. Real democracy means taking our lead from the members.

Historically, auto negotiations are secretive. Once contract demands are collected by leadership, workers are nearly shut out of bargaining, which takes place behind closed doors. At the completion of bargaining, information/ratification meetings are immediately scheduled.

As members enter the meeting, they are given a handout called a “Bargaining Report.” The Bargaining Report contains highlights of the tentative agreement and includes messages from the national president and other leaders encouraging ratification. Union leadership and staff make a presentation on the highlights of the agreement. Members are given limited time and opportunity to ask questions and no opportunity to meaningfully discuss the agreement with each other before being required to vote. Historically, voting has taken place at the information meeting. This year, because of COVID-19, it has been announced that ratification will be electronic.

Casting an informed vote is a critical component of democracy. While the Bargaining Report and the presentations are important, they are not enough. This undemocratic ratification process has been used to sell contracts that delivered major concessions. For examples of items not included in previous Bargaining Reports, check out the Solidarity Movement’s FAQ.

More than a decade of concessions has left Canadian auto workers with a two-tier workforce. Second-tier workers have a 10-year grow-in that still doesn’t lead to parity, and they have lost the defined-benefit pension plan. The massively expanded use of temporary workers is eroding union solidarity as workers with grossly different incomes and protections try to find common ground.

Yet predictably, the job security promised in exchange for the concessions has not appeared. Despite record profits in the billions of dollars, the number of jobs in Canadian Detroit Three facilities continues to shrink. It is against this backdrop that 2020 bargaining is taking place.

In Bargaining Update #3 posted September 6, Unifor leaders are vague about their goals, as is their custom, leaving members with not much of a yardstick to measure outcomes. “We have expressed to the company that job security is critical and that we aim to discuss product and program allocations in each of our facilities over the course of negotiations. Additionally, we have made clear to the companies that there is no intent to negotiate a concessionary agreement. Rather, it is our objective to make monetary improvements for all Unifor members. This also includes proposed improvements to the 2012 New Hire Program.”

On a positive note, the union says it seeks a three-year agreement, to align with the US Detroit Three contract expirations, instead of what has become the expected four-year term.

With the stakes so high, the complexities of the collective agreements, and the closed bargaining process, being able to cast an informed vote has never been more important.

Democracy In The Constitution

The Unifor constitution makes it clear that Unifor is intended to be a democratic organization and that the members are meant to control the union. Article 2, Section 1 states, “Unifor is a voluntary organization that belongs to its members. It is controlled by members and driven by members. Its role is to serve their collective interests in the workplace and in our communities. The life of Unifor is shaped by the essential ingredient of democratic participation. Democratic values are the foundation of all that we do. Our commitment to the principles and practices of democratic unionism define who we are and are reflected in our rules, structures, and processes.”

Our constitution cannot just be words on paper. If union leadership doesn’t live and breathe to empower and engage the membership, if leadership limits worker agency, participation, discussion, and debate, then the inevitable outcome is a weak, disempowered membership that can’t fight back when the bosses are trying to walk all over us.

Unifor members are often told to just trust our leadership. But ratifying a collective agreement isn’t about rubberstamping whatever the leadership brings. If that were the case, why would we even go to the time and trouble of having a ratification vote? With technology today, it couldn’t be cheaper or easier to make the contract available ahead of ratification.

Unifor has announced Ford as the target company to set the pattern in 2020 bargaining. The strike deadline is September 21. •