Martin Luther King’s observation in the late 1960s regarding the black rebellion in the United States remains sadly pertinent. The rebellion, he said:

“is much more than a struggle for the rights of Negroes… It is exposing evils that are rooted deeply in the whole structure of our society. It reveals systemic rather than superficial flaws and suggests that radical reconstruction of society itself is the real issue to be faced… It is forcing America to face all its interrelated flaws – racism, poverty, militarism, and materialism.”1

Fifty years later, in the midst of the worldwide uprisings precipitated by the police killing of George Floyd, these words still ring true, with the substitution of “African-Americans” for “Negroes.” The problem is not only police brutality, but also, pernicious trends “rooted deeply in the whole structure of our society.”

Challenges of a Tumultuous Age

How did we get here? Why is it so difficult to make systemic changes even in a situation of gross systemic injustice and systemic dysfunction? This question arises not only for the US, but for other multi-ethnic liberal democracies.

One way or another, fundamental change is coming in the next decade or so. We’ve entered a period of political upheaval. The immediate issue is police brutality and persistent racial inequities, but other ominous trends crowd in, adversely affecting many whites as well as racialized minorities:

Change is coming, but will it be progressive or retrogressive? Leftist parties and movements have so far not galvanized support for systemic change, despite ongoing popular uprisings. Why?

The left does not lack for ideas. It used to be said, quoting Margaret Thatcher, that “there is no alternative” to neoliberalism. But that is no longer accurate. The right has stagnated, bereft of new ideas, and content to repeating the same failing policies: tax cuts, mainly to the rich; deregulation, despite the social and environmental costs; austerity to deal with depleted revenues and public debt; and free trade and capital movements, with the costs borne by workers and average taxpayers.

The intellectual left, in contrast, has flourished. Popular journals of the left and debate forums brim with ideas for systemic change: from structural racism to racial justice; from building from the local to reframing globalization; from extending public ownership to promoting cooperative production; from decommodifying land, labour, money, health, and education to participatory planning; and from green energy to a green new deal. The Next System Project provides a handy compendium of new progressive ideas.

What is lacking is not ideas, but a viable strategy. How do those who identify with progressive change organize themselves to gain power?

It is a complex issue, despite the widespread pain and anxiety occasioned by neoliberal policies, discrimination, technological change, and climate crisis. Let’s recall the obstacles facing the left:

Democratic and non-violent political change is the only politics that makes ethical and political sense in core capitalist countries. We must bring the majority onside, despite the hurdles. Democratic politics includes civil disobedience, so we are not talking only about electoral politics. A mobilized mass protest movement is important. Spontaneous, if civil, protests, however, are likely to peter out, like the Occupy movement, or will settle for meagre compromises. Organization and platforms are crucial.

A big issue is unity. Martin Luther King again points the way on this issue. He observed in 1968, just before he was murdered: “I guess you could say we are engaged in a class struggle.” Racism exists, but it is not only a matter of racism. Some categories of white people are also suffering. Nativist-populists have had success in many countries in rallying support among what is misleadingly referred to as the white working class (many of whom are not working or precariously employed in ill-paid jobs). Also, among those protesting Floyd’s killing are many young white people. They strongly oppose structural racism, but there are other systemic problems too. Many of the protesters, black and white, have simply had enough. 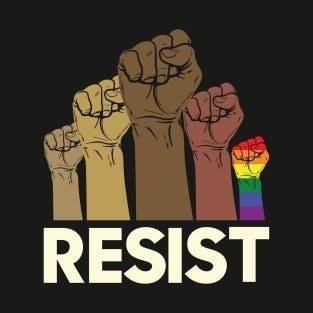 How do we create a cross-ethnic, cross-religious movement? One major obstacle is “white privilege,” and the anger it evokes in racialized minorities. Socially constructed over the course of a century, the vertical identification of some working class and lower-middle class whites with white elites undermines the horizontal solidarity of a class movement.

But what really is white privilege for the former? What preferential treatment do poorer whites receive? Deaths of Despair and the Future of Capitalism documents the disintegration of white working-class communities in the US, and a similar story applies in the UK and elsewhere: the drying up of decent and stable jobs, indebtedness and poverty, and major health problems precipitated by alcohol, drugs, and despair stunt and shorten many lives. Militarized police forces, a menace to racialized minorities, also weigh heavily on lower-class white lives. The incarceration rate of black males in the US is six times higher than for whites. Yet the white incarceration rate is still more than five times higher than in the European Union. White privilege, for many, boils down to a pitiful sense of status superiority vis-à-vis racialized minorities. For this, they are willing to be manipulated by demagogues of the right. Can this psychic advantage be worth the cost?

Derided as rednecks for their political views and rowdy life-styles, marginalized whites have genuine grievances. Some are inveterate racists who will never find a home on the left. Others, however, may be amenable to appeals for cross-racial, class action to raise wages, create jobs, establish justice, curb police powers, and banish plutocracy. White privilege must be socially deconstructed.

But what strategy would horizontal unity serve? Any viable strategy would be gradualist. Compromises would need to be made to build a majority coalition in a (quasi)democratic process. But gradualism does not signify mere reformism or cosmetic changes. The widespread disaffection and the challenge posed by invigorated populist-nativists demand genuine structural changes. Policies to de-commodify labour, money, health care, knowledge, and education; to democratize the economy by promoting cooperative production; and to deepen political democracy must be pressed at the local, national and, eventually, global level. But there would not be a “big bang”, in which society is irrevocably transformed; instead, we would have non-reformist reformism.

If this is the only viable and morally justifiable path, the progressive movements would need to steer clear of two pitfalls that have ensnared earlier experiments: Third-Wayism and revolutionism. The first represents compromise to the point of co-optation, leading to renewed hegemony; the second, an unwillingness to compromise in order to preserve the ideal, leading to irrelevance.

The Third Way, as it developed in the early 1990s, reflected the attitude “If you can’t beat ‘em, join ‘em.” The prototype was Tony Blair’s New Labour Party in the UK. It accepted “free” markets, globalization, privatization, and public-private partnerships. In short, it embraced the rudiments of neoliberalism, though with one proviso.

That was that neoliberalism be progressive. Progressive neoliberalism promoted conducive conditions for private investments to create new jobs, directed tax revenues deriving from economic growth to stronger public services, and denounced discrimination based on ethnicity, religion, gender, and sexual orientation.

There was a downside of progressive neoliberalism, however. Its social-democratic practitioners, of which there were many in Europe and elsewhere, inadvertently reinforced the hegemony of neoliberal capitalism. When debt burdens grew and recessions occurred, social-democratic governments had little recourse but to follow market orthodoxy, pressed by central bankers and the IMF; they imposed, or acquiesced to, austerity. That self-defeating approach eventually undermined their electoral support. Once-powerful social-democratic parties saw their popular support shrivel.

The lesson is clear. Reformism that, in the longer term, reinforces the hegemony of neoliberalism and plutocracy is self-defeating. When times get hard, voters dessert “socialist” parties that lack an alternative vision.

The opposite pitfall is a purist approach that, positing a narrow choice between capitalism and socialism (or “barbarism or socialism”), refuses to compromise with the former. In the academy, this approach is often associated with a scholasticism that is strong on abstract theorization but weak in developing concepts with any popular appeal. The purists are also prone to an irritating smugness, as though moral superiority is more important than winning power.

Starkly casting the alternatives as binary is problematical for two reasons. It strikes many people as unrealistic. How, for example, do we totally transform society and economy to replace markets with participatory planning at all levels? And secondly, it essentializes capitalism. The latter comes in a myriad of forms. If its essence is private ownership and free labour, there are many degrees.

Capitalisms are not all the same. The Anglo-American model differs from the Scandinavian model, which differs from Chinese authoritarian state capitalism. The Keynesian accord introduced what many have called the golden age of capitalism, which neoliberalism ended. A gradualist program of decommodification, democratization, and equal freedom is a voyage that begins within capitalism; however, we may not even be aware of the precise point at which we traverse the boundary.

Contemporary protests provide an opening for the left in undertaking systemic change. This goal entails winning political power, and winning power depends on a pragmatic approach to building unity, discipline, and agreement on a viable strategy. So far, the left has not scored highly on any of these necessary components. Instead, the ethno-nationalist right has stolen much of the traditional constituency of the left.

Creating unity will be a challenge in melding the vertical identity of ethnicity and religion with a horizontal class solidarity, especially in the absence of a large and powerful labour movement. Deconstructing white privilege will be an important aspect of this effort in many countries.

Even with some organization and unity, parties of the left will need to steer clear of two historical pitfalls: Third-Wayism and revolutionism. Co-optation and irrelevance are twin dangers. Non-reformist reformism requires a clear understanding of what freedom for all entails in a complex and ecologically challenged world.

Systemic change is a voyage in rough seas, and we must be wise and shrewd voyagers to reach the destination. •

Richard Sandbrook is Professor Emeritus of Political Science at the University of Toronto and Vice-President of Science for Peace Canada.