The Fortress World: After the Pandemic, Which Future?

We were already on the way to variations of Fortress World before COVID-19: right-wing, authoritarian/fascist regimes have been able to capture political power riding on the immiseration, anxieties, and frustration resulting from global capitalism and corporate globalization, while progressive political-societal forces have been unable to unite resistance and create spaces for alternative systems to flourish. 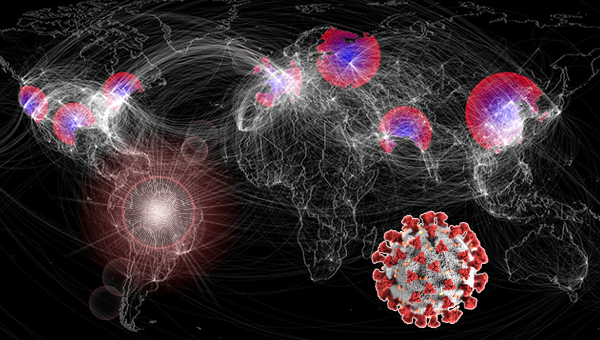 COVID-19 has made visible the stark realities of inequality across the world. Class and social privilege, race/ethnicity, gender, occupation, and age determine who are most vulnerable to the virus and who suffer the worst impacts of the pandemic, including the economic, social, and political ramifications of the measures taken by many governments to contain the disease. While heredity is important, pre-existing health conditions of co-morbidity also exist caused and exacerbated by entrenched inequalities, which determine work conditions and environments, as well as access to good-quality healthcare, diet, and facilities to prevent disease – e.g., regular water supply, sanitation, housing that allows physical distancing/quarantine, personal protective equipment (PPE), etc.

Inequalities also determine whose interests shape the responses to the pandemic. The most common response by many governments has been to impose lockdowns that severely restrict the movement of people and goods, curtail service provision, and practically halt economic activity, including food production, storage, and distribution, but without the required testing, tracing, and treatment, and little or no support for those who do not have homes where they can distance (or even shelter from weather and pollution) and for whom the loss of daily income leads to hunger. Across Asia, millions of informal sector, agricultural, and construction workers are stranded without incomes, shelter, food, water, and healthcare. Restrictions on movement, closure of local markets, absence of credit, etc., have hit small-scale food producers hard, setting the stage for food shortages and food price hikes.

Lockdowns have been particularly brutal in India and the Philippines, where they have been enforced through police-military presence. In India, millions of workers walked for days to reach their villages, carrying their children and meager belongings, brutalized along the way by shocking acts of police violence and detention in unsafe spaces. In the Philippines, more than 30,000 people have been arrested for quarantine violations, and incidents of police-military violence against quarantine violators are on the rise, including holding detainees in dog cages in the mid-day heat.

Robust public health/welfare systems require public provision of essential goods and services, adequate food and shelter, safe working and living environments, social protection, and fundamental rights/liberties. Given the seriousness of COVID-19 and the hardships resulting from lockdowns, peoples’ access to accurate, updated information about the disease, about measures necessary to contain and treat it, and about sources of medical, social, and economic support assume heightened importance.

However, not only is such information scarce, but many governments are also taking measures to control public discourse, using the pandemic to cement authoritarian rule and erode human rights. Emergency powers invoked by governments allow them to control all aspects of governance, administration, and security with no democratic oversight. While the fine print varies across countries, there are many dangerous commonalities: full control over financial allocations; power to authorize the use of deadly force; unlimited surveillance of telecommunications; control of conventional and social media; restrictions on freedom of speech, movement, and assembly; suspension of constitutional provisions and due processes of justice; and powers to put in place any measures considered necessary in a state of emergency. 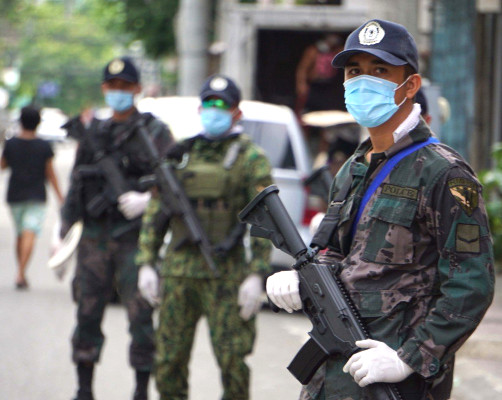 Many of these trends were already on the rise pre-COVID. Now, they are justified on the pretext of “protecting the public.” Across Asia, doctors, nurses, health workers, researchers, journalists, lawyers, bloggers, and social media users have been penalized for sharing information about local/national conditions or questioning government actions, on the grounds that they are spreading fake news and creating panic and unrest. In India, the government is using COVID-19 emergency powers to settle political scores despite the fact that living conditions in detention are especially dangerous in the midst of a pandemic. Public health and human rights advocates have pointed out that the overcrowded jails and detention centers in Asia are dangerous petri dishes for the coronavirus. Prisoners and prison officials in the Quezon City Jail in the Philippines and India have already tested positive. Equally alarming are the growing waves of prejudice and social discrimination against particular religious and ethnic communities, genders, working classes, and indigenous peoples, holding them responsible for the spread of the virus.

In times of crises, human rights, civil liberties, and democratic oversight are often the first systemic casualties. Joseph Cannataci, the UN special rapporteur on the right to privacy, recently warned in an interview that “dictatorships and authoritarian societies often start in the face of a threat,” and cautioned on the importance of being vigilant today and not giving away all our freedoms. On March 16, several UN Special Rapporteurs on human rights issued a statement asking governments to avoid “overreach” of security measures, ensure that human rights are at the core of public health efforts, and not use COVID-19-related emergency measures to target particular groups, minorities, or individuals, and to quash dissent.

One of the most serious dangers posed by the adoption of measures during exceptional circumstances is that they can persist indefinitely. Digital surveillance – which had already started expanding over the past several years – is increasingly being used to tackle COVID-19 with the acquiescence (or ignorance) of the public and spearheaded by digital technology companies. Many pathogens that cause epidemics/pandemics remain in our ecosystems, and there is enough reason to believe that there will be future outbreaks with mutated, stronger genotypes. Experiences of tackling past epidemics/pandemics are important in addressing future ones. But we do not know how data collected through surveillance technologies today will be used tomorrow, especially when democratic safeguards are not in place and civil liberties are increasingly suspended.

We are in a time when our systems are overwhelmed trying to deal with a powerful, little-understood virus, the media is rife with conspiracy theories and misleading narratives, and discrimination and political persecution are gaining an upper hand. This is a time when we, as the public, can and must develop and socialize our proposals for rebuilding strong public infrastructure and systems for public health, goods, services, social protection, human rights, and democracy, with special provisions for the most vulnerable: the precariat, migrant workers, small-scale food producers, indigenous peoples, and, among all these, women, who are usually the primary care providers. This is a time when we can start to transform our societies and countries toward equality, justice, and universal realization of human rights by building solidarity, economic and political systems from the ground up.

A humane and just post-COVID scenario will require fundamental changes in our economic, institutional, and governance structures: corporations and financial markets must not be bailed out, and corporate power must be dismantled – especially in sectors with public interest implications, e.g., food and agriculture, medicines and health, water and sanitation, energy, communications, transportation, and environmental protection. And we must distinguish our progressive strategies to combat financial and corporate globalization from those of right-wing regimes that foster racism, prejudice, and xenophobia while deepening ties with transnational capital. •

This article first published on the Great Transition Initiative website.

Shalmali Guttal is the Executive Director of Focus on the Global South. She researches, writes, and campaigns on economic and social development issues in Asia. The central themes of this work are women’s rights, food sovereignty, agrarian reform, and natural, social, and knowledge commons.