Will the Pandemic Set Women Back?

By sapping demand for garments and other goods produced in export-oriented developing and emerging economies, the COVID-19 pandemic poses an acute threat to women workers and progress toward greater gender equality. In addressing the economic fallout of the public-health crisis, policymakers must tailor their response accordingly.

In April, the International Labour Organization (ILO) predicted that 195 million workers worldwide would “suffer severely” in the second quarter of this year, owing to the economic fallout of the COVID-19 pandemic. And markets remain shaky, raising fears of a recession more severe and prolonged than that following the 2008 financial crisis. The stakes are high for everyone, but particularly for women – and especially for women in developing and emerging economies. 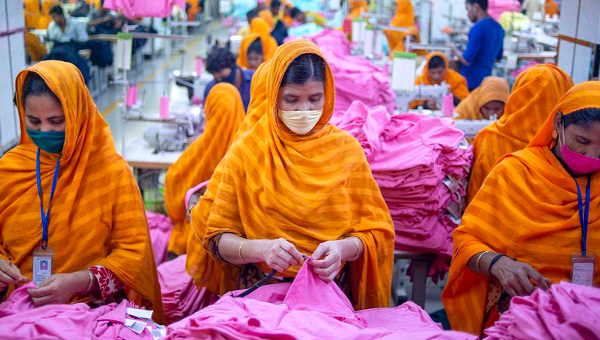 A recession (or even depression) would cause more than just economic losses. The experience of the post-2008 period suggests that women’s advances will be rolled back substantially, even among those already doing low-income work. In that case, the gains will be difficult, if not impossible, to win back.

The COVID-19 crisis, like the 2008 crisis, has revealed features of globalization that many take for granted in normal times. When advanced economies like the United States contract sharply, their consumers cut back on spending, and demand for goods from export-oriented countries plummets. Owing to the pandemic, the low-wage global garment industry is facing what some manufacturers describe as an “apocalyptic” situation.

Three-Quarters of the Global Garment Workforce

Women make up over three-quarters of the global garment workforce, and thus have the most to lose from the downturn. Most have long been subject to poor working conditions, which makes their situation even more precarious. Since the 1970s, clothing manufacturers in developed countries have offshored and outsourced their productive capacity to developing countries with the lowest wages and, by proxy, the weakest labour standards. Along this global assembly line, employment is typically temporary, job-based, sub-contracted, and insecure.

Nonetheless, while there is rampant exploitation in the industry, there are also opportunities for women. For many employed in the garment sector, a job in a clothing factory provides an entry point to participation in the formal economy – steady work for a stable wage with tangible benefits. Work in the sector comes with the promise of independence, skills development, mobility, and a better quality of life.

The COVID-19 crisis endangers not only these women’s jobs, but also the potential for gender empowerment more broadly. In a recent study of garment-sector workers in Kenya, Lesotho, Vietnam, Cambodia, and Bangladesh, we found that access to waged employment can broadly advance women’s prospects in highly gender-unequal societies. The data show that garment-sector employment for women has translated into broader improvements in gender dynamics. Among the countries considered, the most significant shifts have occurred in factories where there have been specific interventions to improve workplace health and safety, such as training in manager-employee communication.

The ripple effects from women’s wage earning in manufacturing are evident in household gender relations. Female study participants demonstrated an increased ability to leverage the material resources that they contribute to engage male partners more effectively in decisions about spending and other household matters. Study participants also reported increased participation by men in domestic and caretaking labour typically carried out entirely by women. The sharing of household work has helped to reduce the “time poverty” that study participants would otherwise experience as a result of their dual roles as wage earners and caretakers. And this, in turn, has improved both their physical and emotional wellbeing.

In limited but meaningful ways, these changes have mitigated key sources of household financial precarity and conflict, as well as enhanced women’s self-respect and sense of agency. However, with the spread of COVID-19, lockdown measures are leading to a reported global surge in domestic violence – much of it triggered by stress, financial difficulties, and alcohol consumption. And this problem is particularly acute in cases where women who previously provided a significant share of the household’s income have been prevented from doing so because they can no longer go to work.

Given these heightened risks, policymakers, central bankers, and economists scrambling to cushion the financial impact of the public-health crisis must do more to consider the stakes for women wage earners in developing and emerging economies. Safeguarding the gains these women have made will require investments and policies not only to address widespread unemployment, but also to bolster programs to facilitate gender advancement.

In other words, the COVID-19 response cannot be gender-neutral. To account for the unique conditions experienced by women workers, policymakers must focus on wage-replacement benefits, women’s shelters (which should be categorized as essential services), emergency childcare provisions, access to proper feminine hygiene, and public-health messaging that can reach marginalized women who lack digital or cellular connectivity. At the very least, we must defend the progress that women have made through generations of work toward gender equality and empowerment. •

This article first published on the Project Syndicate website.

Beth English is Director of the Project on Gender in the Global Community at the Liechtenstein Institute on Self-Determination at Princeton University.

Kelly Pike is Assistant Professor of Industrial Relations at the School of Human Resources Management at York University.