Last January, the Institut national de santé publique du Québec (INSPQ – National Institute of Public Health) published a report on non-traumatic musculoskeletal disorders (MSDs). These are pains and other symptoms that affect muscles, tendons, joints and other tissues in the back, neck and other members. Some examples are tendinitis, bursitis, back pains, carpal tunnel syndrome. Their causes are bad posture, excessive loads, repetitive tasks, as well as psychological demands related to work. 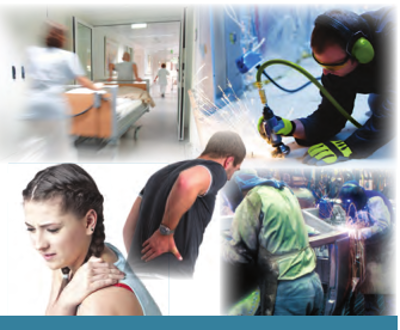 Every year over a million Quebecers – one in four, and a majority of women – are afflicted with MSDs, which are associated with more than five million lost workdays. Immigrants and low-income workers are more at risk of being absent from work because of MSDs, among other reasons “because of their greater exposure to certain unstable and painful work conditions that are associated with these disorders.”

In 2019 MSDs accounted for at least a third of the money paid out by the Commission for Norms, Equity and Workplace Health and Safety (CNÉSST) for treatments and replacement of wages. But those figures underestimate the extent of the problem because there is significant and well-documented under-declaration, linked, among other things, to difficulties in having MSDs recognized for compensation.

At first glance, the explosion of MSDs might seem surprising in this period of dazzling advances in computerization, automation, and robotization. But, in fact, that only confirms Marx’s observation of a century and a half ago that “within the capitalist system all methods for raising the social productiveness of labour are brought about at the cost of the individual labourer.” The degradation of working conditions, in particular the intensification of labour – an important cause of MSDs, but also of psychological illnesses – affects even such privileged sectors as higher education which, according to the president of the professors’ union at the Université du Québec à Montréal, has become “one of the most unhealthy workplaces from the point of view of psychological health.”

The report of the INSPQ stresses the importance of workers’ access to the prevention mechanisms provided by the Law on Workplace Health and Safety (LSST), whose effectiveness is well documented. These mechanisms include an elected worker representative for prevention, a health-and-safety committee, based on parity (worker-employer) representation, a prevention programme, and a health programme for the given enterprise, both adopted by the health-and-safety committee.

But despite the forty years that have passed since the law was adopted, these prevention measures have not been extended to economic sectors that employ some 85 per cent of all of Québec’s workers. That is what the government’s recently presented draft Bill 59, now under study in the National Assembly’s Commission on Economy and Labour, proposes to do.

But there is a ‘slight’ problem: while the bill would extend the prevention measures to all sectors, it would also empty them largely of substance. Thus, the time off work for the workers’ representatives for prevention would be seriously reduced; the health programme would no longer be adopted by the health-and-safety committee but by the employer alone; the independent doctors of the public health network, until now chosen by the health-and-safety committee, would be replaced by doctors selected by the employer alone. And we will not deal here with the equally major regression in the area of compensation that the bill would introduce. 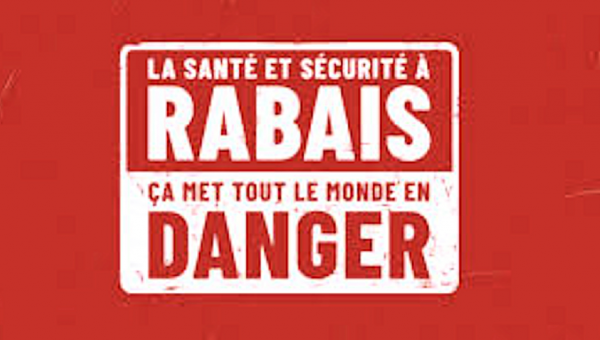 Opposition of the Employers

There is one fundamental reason why the prevention measures provided by the LSST, despite their proven effectiveness for protecting workers’ health, have not been extended to most economic sectors in the forty years since the law was adopted: the opposition of the employers, who have enjoyed the support of successive governments. And that also explains the defective nature of the present draft law.

One need not be a Marxist to see that the interests of labour and capital are fundamentally at odds on the issue of workplace health and safety. Workers want to protect their heath; the employers want to maximize their profits (spurred on by competition) and to defend their power, their management rights (which are, among other things – but not only – means for maximizing profits). In the context of the present reform, the employers have even gone so far as to demand that Public Health doctors be kept out of their enterprises.

Following the governments’ neoliberal turn that called for a reduced role of the state (at least as far as any intervention in favour of workers is concerned), the regime for compensation was modified to reinforce the employers’ economic incentives for prevention, that is, to “make safety pay,” by linking their enterprise’s payments to the CNÉSST to the amount of compensation that the CNÉSST pays out for injured or sick workers. But instead of converting employers to the benefits of worker participation in prevention (after all, the workers are the ones who suffer workplace injuries and illnesses and who know best the dangers, and also often the best solutions), the employers’ response took the perverse forms of judicialization of the compensation regime and other efforts to externalize costs (among which is the recourse to temp agencies).

This brings us to the joint, or parity character (the equal numbers of representatives of workers and employers) that has characterized workplace health and safety for the past forty years. This is the arrangement that characterizes the administration of the CNÉSST, the government’s Consultative Committee on Work and Labour Force, the National Institute of Health and Safety at Work, as well as the health-and-safety committees in workplaces. One can argue, of course, that this arrangement provides workers with veto of sorts over regression from what exists (though the present draft bill would seem to belie that). But it also – and especially – serves as an endorsement of a status quo that is largely unacceptable for workers.

That arrangement allows governments, whose “favorable disposition” toward the employers has become increasingly marked since the mid 1970s, to hide behind an absence of consensus. When the LSST was first adopted, the Montreal Central Council of the CSN (Conseil des syndicats nationaux), long on the left flank of Quebec’s labour movement, produced a “black book” in opposition to union participation in the proposed parity framework. It feared, not without reason, as it turned out, that that participation would serve to legitimate decisions that were unfavorable for workers and would discourage their mobilization necessary for defending workplace health and safety.

A related argument is that parity promotes the idea, which is clearly false and equally demobilizing, that employers and workers have a shared interest in promoting workplace health and safety.

It is therefore encouraging today to see so unanimous a mobilization of Quebec’s unions and other social organizations defending workers’ rights in opposition to the draft bill, a mobilization unfortunately complicated by the pandemic conditions. But it is a pity that we had to wait so long to act together forcefully on an issue so vital to the working class. 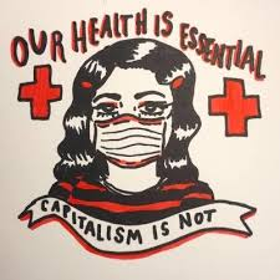 After all, the CNÉSST (the CSST before 2016) had since its creation more than forty years ago all the powers necessary for extending by regulation the prevention measures to all economic sectors, without waiting for a new law. It was only the employers’ de facto veto on its joint board of directors – and the refusal of successive governments that hid behind it – that blocked progress. For even in its own sector III, the public services, the government did not decide to apply the participation measures called for by law.

It is perhaps not too much to hope that the vital issue of workplace health and safety, pushed to the fore by the pandemic and the government’s draft bill, will give rise to a renewed questioning within the labour movement of the flawed ideology, and the accompanying strategy, of “social dialogue.” •