The shut-down of non-essential work in response to COVID-19 has decimated labour markets. The US Bureau of Labor Statistics reported that 20.5 million more workers lost their jobs in April, as official unemployment skyrocketed to 14.7%. It is the largest single-month increase in unemployment since the data series started in 1948. In Canada, the news was not any better as Statistics Canada reported that another 2 million jobs were lost in April following 1 million jobs lost in March as the unemployment rate increased to 13%. This percentage is a wild underestimation of the full impact of reduced hours and underemployment. 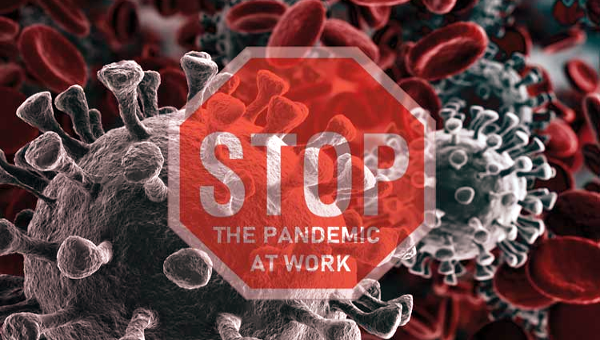 Healthcare and other workers deemed ‘essential’ are employed but risk their personal safety with every shift. Unions have fought for better protective measures for frontline workers and have successfully advocated for hourly wage premiums or ‘pandemic pay’ in some sectors. Aside from their role in exercising a collective voice for workers’ health and safety, unions have proven instrumental in educating members and the public about COVID-19.

There have been many lucid calls for how unions should respond to the pandemic. Larry Savage and Simon Black have made a powerful call for unions to advocate for broader reforms to healthcare and employment benefits for all workers. Sam Gindin has, in turn, thoughtfully argued that unions must ‘think differently’ during this crisis. He contends that for organized labour to engage the public and the state in ways that institutionally build worker power though worker-community councils to facilitate economic conversion to green production, or in the immediate case, to the production of personal protective equipment for frontline workers.

The Crisis and Actually Existing Unions

These calls, and those from others on the left, are implicitly looking at COVID-19 as an opportunity to restructure, re-imagine, and re-engage unions with the explicitly political level of union activities. This is crucial, but we also need a bridging analysis that looks at unions as they ‘actually exist’ in the present moment. Unions are necessary to addressing the impact of the pandemic, but they are sadly insufficient. We need to think through what is currently possible as unions face the mass unemployment of members and how their response can lead to stronger unionism in the future.

A sober starting point is recognition that COVID-19 will devastate the ability of many unions to function as organizations with their multiple roles and tasks. Unions representing ‘non-essential’ workers in the private sector are facing a financial crisis that will lead to an existential crisis. The idea that unions sit on massive ‘war chests’ is greatly exaggerated. Unions employ people to represent workers either as elected officers or paid staff. Salaries are financed through membership dues. Dues are, however, paid only by working members, not the unemployed. For unions representing non-essential private sector workers, financial pressures are immediate and enormous when workers are sent home. For example, UNITE HERE, representing hospitality workers across North America, has seen over 95 per cent of its membership laid off. Casinos are closed and hotel occupancy rates are in single digits. No hotel guests, no hotel workers, no union dues, and eventually no union staff.

Unifor, Canada’s largest private sector union, representing workers in many affected industries from hospitality to air transportation, has been forced to layoff staff. Other unions are aggressively targeting senior staff with early retirement buyouts. While in some cases, clearing out some entrenched union staff may be refreshing; in others it is a huge loss of experience and institutional memory that will not be immediately replaced.

There is also the reality that the current structures of the labour movement are limited. Rank-and-file members are not mobilized to self-organize. But there is the larger problem that labour organizations are simply not oriented toward the unemployed. Some unions such as the building trades maintain relationships with unemployed workers through hiring-hall ‘lists’. But this is an exception. Workers’ centres in large cities focus on issues of raising minimum wages, wage theft by employers, and unsafe working conditions in the workplace with some attention to workers who have been unjustly dismissed, but they have no capacity for supporting the mass unemployed.

How we can realistically expect union leaders and staff facing employment insecurity themselves to shift focus to the unemployed as quickly as the pandemic demands? Spontaneous mobilization of the rank-and-file is possible in a crisis (and at times a preferable tactic). But union activists are still trying to figure out what mobilization means in a time of quarantine and social distancing, and experimenting with ‘online-walkouts’, ‘virtual protests’, and ‘car cavalcades’. Some unions have established call centres with staff and activists reaching out to unemployed workers, but there are only a few examples of organizing transitioning to effective online mobilization.

Unions facing a financial crisis will find leadership and staff distracted. Early retirement packages will remove senior staff from some union payrolls while remaining union staff re-arrange the deck chairs on the Titanic as they try to avoid layoffs. Rounds of ‘creative destruction’ in the labour movement may see mergers out of necessity more than strategic direction (compounding the dominance of general unions criss-crossing across occupation and sector in North America). The United Food and Commercial Workers (UFCW), with its dues base in food production and distribution, is an example of one union well positioned to absorb struggling smaller organizations. In the end, the unionists that survive these political processes may be more skilled in self-preservation than in worker representation.

So, what can ‘actually existing’ unions do to survive in an economy with depression level unemployment so they can serve unemployed workers now and fight future austerity? Part of the answer lies in a tactical shift to exploit temporary openings with employers and the state while re-focussing on the unemployed and local communities.

In terms of private sector employers, corporate welfare expansion is part of the ‘new normal’. Workers, employed and unemployed, union and non-union, are required voices in the corporate ‘asks’ for public bailouts, loans, and tax relief. The sectors that do not bring an alliance of capital and labour to the political process are at a disadvantage. Unions playing this game must, at the very least, leverage their participation for the quid pro quo of supports for the unemployed in those sectors whether they are income subsidies or retraining. Failure to do so will only lead to a desperate and weak form of a problematic social partnership model.

Tactical Turns to Unemployed Communities and the State

Here unions need to see themselves as community organizations – vital economic, social, and political actors playing a crucial role in mediating the employment impacts of the pandemic. Labour organizations are eligible for CEWS, the federal program that funds 75% of the wage costs of employees if an organization’s revenues have faced a sudden decline. Amazingly, unions such as UNITE HERE have found resources to allow staff to reach out to unemployed workers and service hotlines. But these are short-term fixes and it will be difficult for unions to keep paid staff during a prolonged outbreak with multiple ‘waves’. Unions need to find creative ways to use union staff to provide the services displaced workers will rely upon in the coming months – services that are often funded by the state. Union staff have unique skill sets developed through helping people with daily workplace issues. It is legal work, social work, administrative work, and emotional work all rolled up together.

Most important, union representatives know the workers that will require a range of labour market adjustment services such as: assessment of the mental and physical health impacts of COVID-19; help with navigating emergency assistance, the CERB, and EI bureaucracies; assistance with resume writing; ensuring licenses and certifications are maintained during unemployment; counsel for workers considering early retirement; and guidance for workers considering re-training options. If the pandemic reoccurs in waves, as some have predicted, workers will shift in and out of employment and require training in COVID-19 health and safety measures. Who is going to do this work?

The federal government has allocated $350-million to help keep afloat the not-for-profit agencies providing needed services. These funds should be expanded and target labour organizations to deliver labour market adjustment services to unemployed workers. Economically, it makes sense as union communications infrastructure and staff can be efficiently deployed to assist workers. The social benefit of providing successful labour market adjustment and support is self-evident as it reduces hardship and the period of unemployment.

Rapid labour market adjustment resource centres are something that unions have been involved with in the past. Most often, these are implemented during a plant closure, but resource centres for hospitality workers were created during this SARS crisis.1 The difference with the Covid-19 pandemic is that now we require hundreds of these centres as some sectors will not recover for years. For example, commercial air traffic in April declined by over 70 per cent worldwide from a year earlier. At Pearson International Airport, air passenger flow-through has been reduced from over 100,000 to less than 5,000 per day. The severe and prolonged impact of unemployment on many of the airports 50,000 workers is enormous, In response, the Toronto Airport Workers’ Council (a cross-union alliance) has successfully advocated for a pathway to a virtual resource centre where workers can receive assistance throughout the crisis.

Politically and practically, resource centres make sense. ‘Actually existing’ unions have been in decline for decades. Serving all working people and entire communities rather than just employed members is fundamental to making unions relevant during the crisis. It also gives union staff work to do during a slow recovery that might preserve some institutional integrity that will be needed to fight inevitable workplace restructuring and austerity. As sectors recover, unions will be crucial in advocating for sufficient staffing levels and new COVID-19 related health and safety protocols.

There are grounds for some governments to be open to this agenda, even if for cynical reasons. It is unlikely that provincial conservative governments will engage unions in a positive way. In Ontario and Quebec, governments have already attacked unions with emergency measures restricting union rights. The current Liberal federal government may recognize this is as a political opportunity. Delivering needed services to workers while giving their institutions a financial lifeline might be seen by the Liberals as reinforcing their on-going project of reorienting organized labour away from the NDP. (An NDP which has said little on the role or fate of unions during this crisis.) It would not cost the government a great deal as these services will, in any case, need to be delivered by community organizations.

Employers too might benefit from accepting certain union demands. For example, skilled workers who fear long term displacement may seek employment in sectors that recover more quickly and permanently disappear from their current sector. Having workers’ centers that provide services to and maintain links to such workers may, if not prevent, at least limit this loss.

A workers’ resource centre approach is admittedly full of contradictions and compromises. But we need realistic options for presently insufficient unions to survive in the short-term and meet workers material needs. Indeed, such efforts should be seen as part of building capacities for more transformative demands and actions. This may very well include expanding resource centre mandates in the future to administrate ‘just-transition’ supports for workers as economies adapt to green production. COVID-19 is a potentially transformative event for organized labour, but a sober analysis of what is possible to meet the needs of unemployed workers at this moment is required alongside aspirational calls. Labour movement activists must consider tactics that resist the very real possibility of union hibernation where only a few hefty bureaucrats survive a long, cold winter. •