Why Public Transit Should Be Free For All

Drivers in Canada often complain of a “war on cars” that is supposedly being waged in cities throughout the country. This metaphorical war is non-existent, but that’s unfortunate because such a war would be justified, given the severity of the environmental and social crises we face. 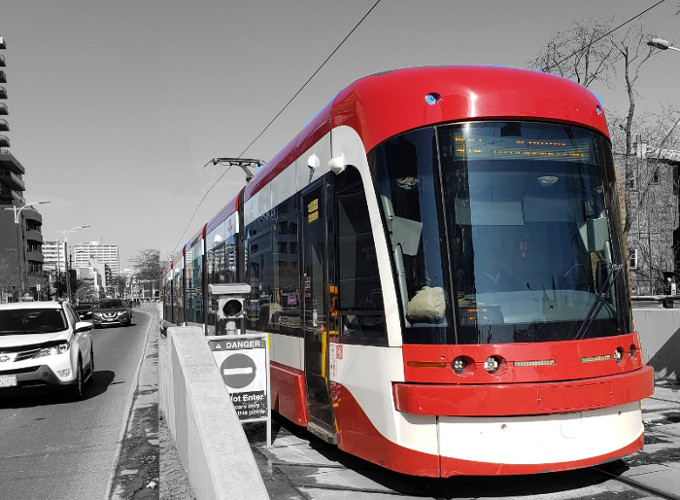 As it stands, there are two commuting classes in Canada: drivers and everyone else. And throughout much of the country, the needs of drivers are prioritized. That not only harms our environment, but it also holds back the most marginalized citizens, who often can’t afford cars, from fully participating in our economy, politics and culture.

The problem is rooted in funding. According to a recent study published in Transport Policy, insufficient public transit funding has left one million Canadians suffering from “transport poverty,” which means they don’t have access to public transportation that meets their needs. University of Toronto researcher Steven Farber says this can negatively affect people’s socio-economic status by impacting their ability to access goods and services, the political process and employment. Meanwhile, those who can afford electric cars are being catered to with incentives of up to $5,000 even though public transport remains a far more efficient option.

Those lucky enough to have access to suitable transit face another issue: high fares. CUPE Local 2, a union representing Toronto Transit Commission (TTC) electrical workers, has called transit fares a “tax on the working class and the poor” that “gouge oppressed people the hardest.” According to the 2016 census, the median household income of solo drivers in Toronto is nearly $20,000 more than that of public transit users. Regardless, not paying fare on the TTC can lead to a $425 fine, while the average Toronto parking ticket, which also penalizes use of a transportation resource without paying, is just $30.

Underfunding of public transit hurts marginalized and low-income people the most, but it puts everyone at risk through the emissions of private motor vehicles, which, according to Environment and Climate Change Canada, are among the greatest contributors to global warming. Canada is particularly guilty on this point: a 2018 study found that the country produces more greenhouse gas emissions per person than any other G20 state, largely due to our transportation methods.

There are some examples of progressive steps being taken within Canada. In 2017, Calgary introduced a sliding scale model for monthly transit passes. At the time, a monthly transit pass for adults cost $101, and the new model brought that down to just $5.05 for those in the lowest income bracket. Within a year of that change, the city saw nearly 100,000 more monthly passes sold. Additionally, the downtown portion of Calgary’s light rail system is fare-free.

But a step forward is not enough; a leap is needed. In September 2018, the city of Dunkirk, France, made public transit completely free for all, funded by a transport tax on companies. Within a month, the city saw ridership increase by up to 85 per cent on certain routes. Dozens of other French cities have taken similar measures, and German cities are aiming for it as well. Meanwhile, Estonia introduced free public transit for the entire country in 2018, and Luxembourg plans to do the same in 2020.

Canadian municipalities and provinces need to pursue these sorts of bold, material solutions to the flaws in our transit systems. Doing so will lessen our carbon footprint. Just as importantly, it will open our cities up so that everyone can access them, not just those who can afford to buy a car. •

Davide Mastracci is a freelance journalist in Toronto.