Neither Cure nor Prevention, but Sheer Punishment

The IHRA’s Definition of Anti-Semitism

Anti-Semitism is a grave matter; its mere utterance conjures unspeakable horrors – atrocities typically tied to the Holocaust, but also to the longstanding racist persecution of Jews in Europe. Widely known in Western culture, invoked with immeasurable awe, whether in common parlance or academic discourse, anti-Semitism has become a household word and sound definitions of it abound. 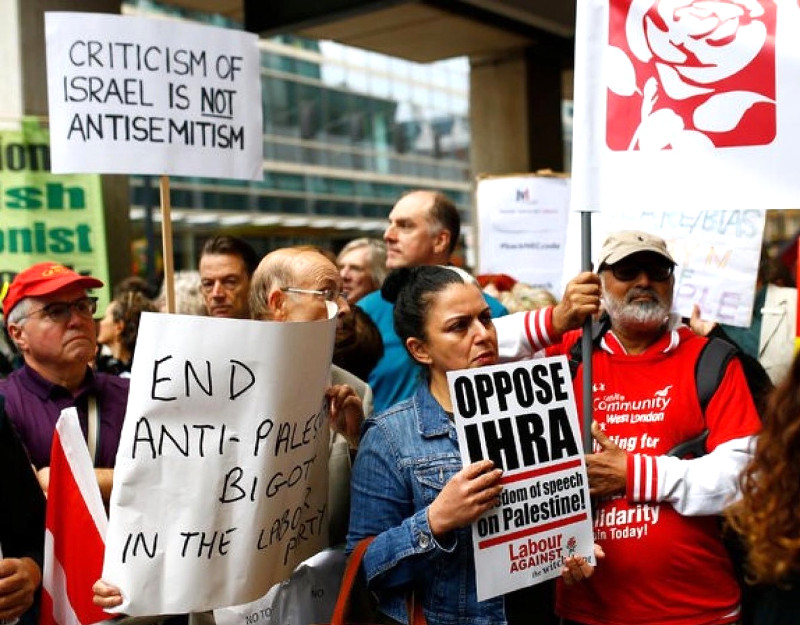 So of what use is a new definition, the kind adopted in 2016 by the International Holocaust Remembrance Alliance (IHRA)? Officially intended for policy makers and other administrative bodies as a tool with which to combat the scourge of anti-Semitism, the definition, of which the veritable purpose is to suppress criticism of Israel, has sparked debate in City councils across Canada, from Vancouver and Calgary to Montreal. In all three city councils, the motion to adopt the IHRA definition was either defeated or shelved.

A primary author of the IHRA definition, Kenneth Stern, has strongly cautioned against its concrete application by political institutions and underscored its tendency to squelch free speech, particularly on university campuses. Since the publication of his drafted definition, Stern has sought to put the genie back in the bottle. But in vain; the campaign to have it adopted by all manner of institutions and political jurisdictions throughout Europe, the UK, and North America is now in full stride. The Trudeau Liberals have already adopted it in an anti-racism strategy; and a private member’s bill, by Will Bouma, calling for support of the IHRA definition, is now before the Ontario Legislature. Wherever this definition becomes policy, criticism of Israel will be effectively prohibited.

But will this new definition stem the rising tide of anti-Semitism? Can definitions combat racism? Hardly. And not least when no self-proclaimed anti-Semite or Neo-Nazi group is on the wanted list. If the IHRA definition turns a blind eye to the veritable culprits of heinous racism, it nonetheless targets the anti-racist defenders of Palestinian human rights, many of whom are conscientious Jews.

Touted as a set of guidelines and tools, and purporting to halt the rise of anti-Semitism, the IHRA’s definition does nothing to stem the tide of anti-Semitic attacks. Instead, it masquerades as an innocuous, educational, and preventative measure while acting as a penal code that aggresses the advocates of human rights, silencing them with veiled threats.

Although dubbed a “working definition,” it is in fact dysfunctional, disabled by its inherently flawed logic. At its heart sits a false equation between the state of Israel and Jews more generally. Seven out of eleven instances cited in the definition refer to criticisms of the state of Israel, intertwined with conventional instances of anti-Jew hatred. If this is not a cunning sleight of hand, it is certainly a sign of confused thinking. Elementary logic makes clear that a trenchant critique of the current Israeli state is not an expression of anti-Semitism. Jews and their communities are not states and cannot be conflated with the latter, except through manipulative rhetoric.

Indeed, to decry Israel’s state-sanctioned land theft, state-sanctioned daily torture and interrogation of Palestinian youth, and not least its state-sanctioned incarceration of 2 million Gazans is in no way anti-Semitic. It is neither demonization nor misrepresentation; it is legitimate and rightful condemnation of an oppressive regime.

A Set of Prohibitions

What then is the purpose of the IHRA definition if not to act as a set of commandments, outflanking the Decalogue by one? The eleven examples of anti-Semitism chart a list of “shall nots” dictating what cannot be said about Jews, but even more emphatically what cannot be said about Israel – a state that deems its 70-year repression of Palestinians irreproachable, indeed, untouchable. The IHRA’s flawed definition, promoted under the sacred sign of the Holocaust, has compelled many to cow before its tacit accusations. The examples cited are implicitly framed as discursive evils, forbidden zones of language that cannot be transgressed without punitive consequences.

Not only deficient in logic, not only misguided in its quest for the veritable culprits, the IHRA’s so-called guidelines have lent themselves to immoral policies. The false equation made between condemnation of the Israeli state and the gas chambers is tantamount to a rhetorical ploy that travesties and desecrates the very memory of all those who died in the Holocaust. Shame on those who have cynically used the crucible of anti-Semitism for their own political ends. •