Campaign for Improved and Democratized Transit in Ottawa

Our ‘New Vision’ involves demands for a significant expansion of ‘Fare Free’ and accessible transit, improved service, and a governance structure that would make transit decisions more accountable to the citizens of Ottawa. 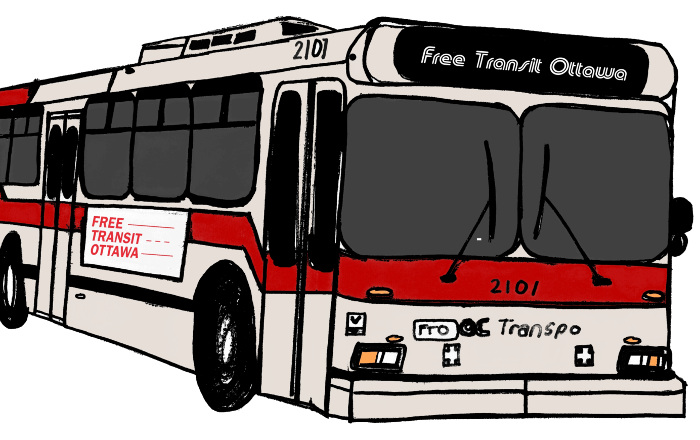 Democratized Transit: We believe that the transit system will be improved by allowing the citizens who use transit, and the workers that operate it, to have input into the decisions that affect their lives. Therefore, we propose that the Transit Commission should include 4 directly-elected citizen representatives and 2 representatives from the transit workers union, ATU Local 279, and 6 (as opposed to the current 8) City Councillors.

This plan, including the loss of fare revenues, would cost roughly $95-million. We propose to finance it by devoting the increase in the federal gas tax to OC Transpo, increasing development charges on new single – family suburban housing, raising parking rates, reducing the planned two lane road widening projects to one lane, and eliminating the wasteful tax break for building on Brownfield (previously used) lands.

Estimated Cost of Our Demands and How to Pay for Them

We have estimated that the cost of our “new vision” for public transit in Ottawa will cost $95-million. Please see below for a breakdown of the cost of each demand followed by our proposal to finance them.

We propose that the $95-million needed to finance our “new vision” for public transit can come from the following sources:

Click here to view our petition in support of these demands.

If you are interested in getting involved in the campaign please send us an email at freetransitottawa@gmail.com.