When the 2019 Nobel Peace Prize laureate, Ethiopian Prime Minister Abiy Ahmed, was in Oslo for the award ceremony, eyebrows were raised when he declined to attend any event where he would be asked questions in public. Organizers expected him to meet the international press in keeping with the Nobel tradition, but his spokeswoman cited “pressing domestic issues” and his “humble disposition.” 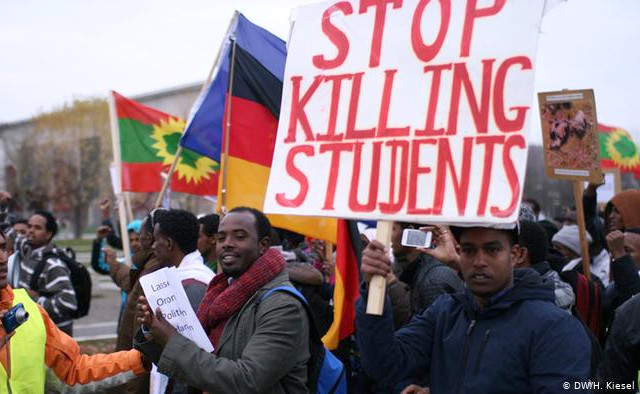 The secretary of the Nobel committee, Olav Njolstad, called the decision “highly problematic,” noting that a “free press and freedom of expression are essential conditions for a lasting peace in a democracy.” He said the committee would “very much have wanted Abiy to engage with the press during his stay in Oslo.”

Abiy is not the only Nobel laureate that failed to “engage with the press.” The former US president Barrack Obama also declined to meet the press when he accepted the peace prize in 2009. Perhaps they were both avoiding one pertinent question: Was the decision to award them the prize not taken prematurely and hastily?

The Norwegian Nobel Committee said Abiy Ahmed was awarded the prize for his “decisive initiative to resolve the long-running border conflict with neighbouring Eritrea.” It extolled his “efforts to achieve peace and international cooperation.”

Abiy has been lauded for “tearing down the wall” with Eritrea, thus ending two decades of hostility with the neighboring country. Two months after entering the office, he declared that he would fully accept the terms of a peace agreement with Eritrea.

He flew to Eritrea and hugged President Isaias Afwerki, launching a peace process between the two countries that went to war from 1998 to 2000. More than 80,000 people were killed and hundreds of thousands displaced during the military conflict.

The two leaders then signed a peace deal, establishing diplomatic ties, resuming communication and air travel and lifting border restrictions. Border disputes, however, are not fully resolved. Some border crossings were opened with colorful ceremonies, only to be reclosed.

Immediately after his appointment as head of the ruling Ethiopian People’s Revolutionary Democratic Front (EPRDF) party and prime minister in April 2018, Abiy launched the policy of Medemer (togetherness or inclusiveness), under which he lifted the state of emergency and put an end to the torture chambers, while firing bigwigs accused of corruption.

Abiy also appointed a gender-balanced cabinet, with 50 per cent of women ministers, woman chairperson of the National Election Board, woman head of federal Supreme Court, and the first woman head of state in the country’s modern history. He appointed a peace and reconciliation commission to deal with past abuses.

Amnesty International acknowledged the reforms undertaken by Abiy’s government but called upon the prime minister to revise the country’s anti-terrorism law to avoid rolling back progress made since he took office. “The use of Ethiopia’s anti-terrorism proclamation to arbitrarily arrest journalists is completely out of step with reforms witnessed in the country,” Seif Magango, Amnesty’s deputy director for East Africa, said. “This law must be revised to align with international standards and must no longer be used to harass journalists.”

Abiy Ahmed inherited a state that controlled the “commanding heights” of the economy under the “development model” championed by former prime minister, Meles Zenawi. He backed away from Zenawi’s model, leaving the doors open to Wall Street and its financial institutions.

Financial Loans from the West

Within no time, Abiy fell into “chronic foreign currency shortage,” and he resorted to loans and grants from the West and rulers of Saudi Arabia, the United Arab Emirate and Qatar. Soon after Abiy became prime minister he signed a deal for $3-billion with the United Arab Emirate, to “strengthen military cooperation.”

In October 2018, the World Bank approved a total of $1.2-billion for what they call structural adjustment. National Bank of Ethiopia’s Governor, Yinager Dessie said: “They have given us some objectives that have to be met every year for another $1-billion, as the government follows through on its commitment to economic reforms.”

Such funding often goes into unproductive expenditures, saddling the country with odious debt, austerity measures and further IMF and World Bank incursion. This way the country becomes beholden to the global conglomerates.

It wasn’t a bolt from the blue, therefore, when Ethiopians learnt that Abiy was planning a multibillion dollar privatization of major public enterprises such as Ethio Telecom, Ethiopian Electric, Ethiopian Airlines, and Ethiopian Shipping & Logistics Services Enterprise.

Arrangements are reportedly being made to sell off a 49 per cent stake in Ethio Telecom, the largest telecom company in Africa, with customer base of 65 million subscribers, and over 22,000 employees. Its annual operating income is $103-million, with net income of $46-million. The Shipping Enterprise has annual revenue of $484-million.

One state-owned corporation earmarked for privatization is Ethiopian Airlines, the national flag carrier that was launched in 1946 when most of the African nations were under the colonial yoke. Today, its success is taken as a symbol of Ethiopia’s strength. It has a profit of $110-million and revenue of $1.5-billion. It is the largest national airline in Africa and amongst the highly successful public enterprises globally. It is arguably Ethiopia’s most profitable and well-managed public undertaking, with some 110 modern aircraft and over 100 world destinations. Not surprisingly, the airline has clinched several regional and international honours.

Abiy’s policy is divestment of such national treasure, while liberalizing labour law. He is also expected to hand over industrial, tourism, agricultural and mineral sectors. Ethiopia has rich mineral deposits, especially gold whose extraction is contracted to companies from the West and Saudi Arabia.

Besides gold, there are also deposits of platinum, copper, potash, natural gas and tantalum, a corrosion resistant mineral used in electronic components. Other minerals include niobium, cement, salt, gypsum, clay, shale, and soda ash. Not unexpectedly, therefore, foreign firms have their eyes on Ethiopia.

In fact, the US trade delegations are reportedly ready to pounce on the profitable state-owned airline. At the same time, the German development minister complained that his country should not lay back and watch the US and China “take hold of Africa.” German president and industrialists have already visited Addis Ababa to sign a memorandum of understanding between the Volkswagen Group and the Ethiopian Investment Commission.

At the 2019 World Economic Forum in Davos, Abiy declared his commitment to the neoliberal model. He reaffirmed this in an interview with the Financial Times. The international elites and corporate media have hailed Abiy’s rise to power and his reforms as the dawn of a new era of “freedom and prosperity” for Ethiopia.

Foreign investors have pledged to provide $500-million for two industrial parks, on condition that Ethiopian government reserves a third of the projected 100,000 jobs for refugees. This was approved by Abiy in January 2019, thus supplying refugees to work in the foreign owned enterprises. A local neoliberal newspaper justified this model by saying: “The one prime opportunity Ethiopia can offer investors is low-cost labour. Taking that away will just drive investment elsewhere.”

Thus, the country has the Pizza Hut, where a pizza sells for about $15 (US), in a society where millions barely survive on less than $1 (US) per day, while ten tycoons own $25-billion.

One official “justification” for the rush to sell the assets is that the country may use the proceeds to pay off government-guaranteed debts issued by lenders. Thus, selling sugar factories and the country’s telecommunications monopoly would enable the government to recapitalize state-owned enterprises so they can repay borrowings. This was said by the National Bank Governor.

And head of the National Planning and Development Commission, Fitsum Assefa, said: “With liberalization and privatization, definitely some money will be raised and that will definitely be used to repay the banks – such a move will also help the liquidity.”

Abiy Ahmed was appointed prime minister after people revolted against his predecessor. Yet, his own term has not been entirely peaceful. The country has been haunted by ethnic and regional conflicts which have claimed hundreds of lives and seen 3.5 million people displaced since 2015. Since Abiy came to power such conflicts have been on the rise.

During protests that erupted in October 2019, Abiy’s spokesperson put the death toll at over 78, with 409 people detained. The dead included 50 from the Oromo ethnic group, the country’s largest, while 20 were from the Amhara group, the second largest. Five of the dead were police officers. This was conceivably the most serious crisis during Abiy’s term in office so far.

Amhara regional officials said they arrested 15 suspects in connection with the attacks. Police commander Jemal Mekonnen told state media the attacks appeared to be triggered by news of a fire that broke out in an Orthodox church a few days earlier.

Ethnic nationalism now stands in the way of Prime Minister Abiy Ahmed’s reforms. He himself reportedly survived an assassination attempt, while his new book on Medemer was burnt by protesters in eastern Ethiopia. While he was attending Russian-African summit in Sochi, his home was torched.

Ethiopian prosecutors have charged five suspects with an attempt to kill Prime Minister Abiy in a grenade attack at a rally in June 2019. The attack killed two people and injured more than 100.

Meanwhile, Abiy is facing mounting criticism from people who accuse him of stifling the press, and issuing the controversial Anti-Terrorism Proclamation, which they say is aimed at repressing dissidents. Amnesty International has cautioned that Ethiopia’s ethnic, linguistic and religious divergences “threaten instability and further human rights abuses.” Abiy himself admitted that what began as protests against his government have quickly taken ethnic and religious dimension. •

Nizar Visram is a free-lance writer from Tanzania. He can be reached at nizar1941@gmail.com.