Crisis in Chile – an interview with Carlos Torres

The recent protests in Chile began on October 7 as a fare-evasion protest by high school students. The protests have escalated including all sectors of society with grievances against austerity and neoliberalism.

Corvin Russel interviews activist and writer Carlos Torres from Santiago on the rapidly developing protests and political crisis in Chile.

As you listen to the conversation, we invite you to consider three questions: 1. Is the crisis in Chile a crisis of neoliberalism or a crisis within neoliberalism? 2. What are the implications for the nature of the political subject required to challenge neoliberalism and transform the state? Do we see the beginnings of possibilities of a new kind of historical subject whose universality consists in an articulated subjectivity rather than a reductive universal politics. To what extent does a need for a mass political instrument like the old mass parties of the left remain insurmountable? 3. What might be revealed about the limits and continuity of US imperial power and the rise of alternative capitalist powers.

A shorter version of this interview was originally published in rabble radio. 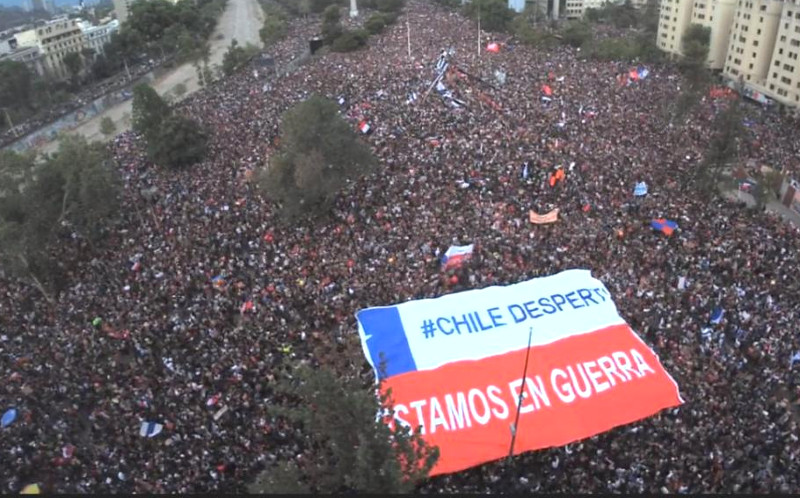 Carlos Torres has been an activist in the World Social Forum and a researcher at the Centre for Social Justice in Toronto. After years in exile from the Pinochet regime in Chile, he has returned to research, writing and political activism there.