The Saga of SNC-Lavalin: Quebec Inc. and the Canadian State

For several months now the SNC-Lavalin saga has continued to unfold, although it has been displaced somewhat in the current election campaign. You will recall the small storm that arose when star cabinet ministers in the Trudeau government, Jane Philpott and Jody Wilson-Raybould in particular, resigned over the refusal to prosecute some shady “cases.”1 Trudeau, who has presented himself as “cleaner than clean,” took a drubbing. Even more, Jody Wilson-Raybould’s departure appeared as a monumental slap in the face to the indigenous peoples who had heard the fine promises and crocodile tears of the Liberals. 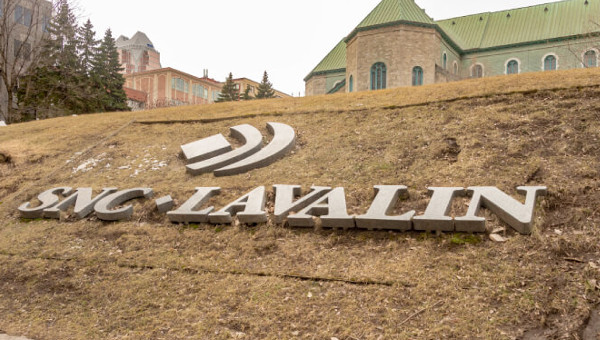 Slightly overlooked in Quebec, this “affair” was seized on more by the media and enthusiasts of the second national sport of so-called English Canada: Quebec bashing. This is a longstanding campaign that began at the very birth of Canada, when the “French Canadians” were portrayed as an uneducated, unruly and worse yet, Catholic population; unacceptable in the eyes of the Canadian elite, very much influenced by the Orange (racist and colonialist) circles. When the Canadian government and its new Mounted Police force crushed the Métis and assassinated Louis Riel in 1885, they celebrated in Ottawa while in Montréal half the adult population was protesting in the streets.

Since then, this story has been perpetuated, but in other forms. Faced with the rise of the emancipation struggle in Quebec in the 1960s, it was understood in Ottawa that they had to step back a bit in order to save what was essential. The arrival of Trudeau and company was a solace, all the more because they were saying that Quebec nationalism was the worst threat. However, the trouble-makers had to be accommodated by some reforms, while facilitating the rise of a new Quebec elite that a few years later would become Québec Inc. tracing its way toward a reduced sovereignty that René Lévesque and Jacques Parizeau told us could prosper in a semi-independent Quebec while remaining in the haven of Canadian capitalism.2

Today Quebec-bashing is still in style. In Western Canada, media and government leaders portray Quebec as a gang of cry-babies and beggars who live on equalization grants and the profits derived from oil. In Ontario the right-wing media (Toronto Sun and Ottawa Sun) repeat this discourse with gusto. The more muffled but equally consistent perception of the economic elites, which one can read in the influential Globe & Mail, is that Quebec is living beyond its means thanks to a corrupt and inflated public sector that enables Québec Inc. to think of themselves as grown-ups when in reality, we are told, they are upstarts. For a long time the Globe inveighed against the Caisse de dépôts et de placements, which it viewed as negative “interference” in business by the Quebec government and a roundabout way of giving Québec Inc. undue advantage.

In practice, however, Québec Inc. took off in a number of industries. In the wake of the major public works in the field of energy, Quebec has developed expertise in engineering and construction. That was the starting point for SNC and Lavalin, two companies that merged in 1991 to create one of the largest firms in the coveted infrastructure sector with more than 52,000 employees world-wide, operating in 160 countries with reported revenues of more than $10-billion.3

From the outset, the new megafirm has profited enormously from federal contracts in the nuclear and mining industries, road and bridge construction and related infrastructures, urban transportation and electrical energy (outside Quebec). At the same time, SNC-Lavalin has undergone phenomenal expansion in several countries, including the United States, India, Malaysia, Turkey, Bangladesh, Madagascar and several Middle Eastern and North African countries (Libya, Egypt, Saudi Arabia, etc.). In addition to the federal contracts (and the political support that went with it), SNC-Lavalin has played a major role in a number of major projects in Quebec such as the construction of the McGill University Health Centre.

Today, more than 3,400 people work directly for SNC-Lavalin in Quebec, without counting the tens of thousands of workers employed by its subcontractors.4 The largest institutional shareholder in the firm is the Caisse de dépôts, with 19.9% of the shares.

From “Small” to “Big Business”

Anyone who works in big projects knows very well that the success of firms, apart from their technical skills, is largely linked to their “contacts” with the politicians. After all, it is the state, or state-mandated bodies, that make the contracts. A firm’s influence, as well as its proximity, is always an unavoidable factor.

From the creation of the unified firm, various stories circulated about SNC-Lavalin, particularly in the international field. It was an open secret that the lucrative contracts negotiated with foreign states and so-called international development agencies (like the World Bank) were only obtained through the “right contacts.” In 2001 and subsequently, SNC-Lavalin’s contracts with Libya attracted attention. It was well known that the contracts with the Gaddafi regime included covert clauses, and investigations revealed that in fact close to $50-million had been transferred to members of the “clan.” Bargains in Libya were facilitated by the fact that, coincidentally, the husband (Edis Zagorac) of the Canadian ambassador to Libya (Sandra McCardell) had been hired by SNC-Lavalin to smooth the way for the contracts. It became more embarrassing when it was revealed that one of the SNC-Lavalin projects in Libya was the construction of a prison for the modest sum of $271-million. The company could hardly be unaware of the damning reports of the human rights organizations on prisons in that country, the torture that was widely used against inmates and extrajudicial executions.5 But, as we know, “business is business”….

Other “affairs” tainted the reputation of the Montréal firm, particularly in India and Bangladesh. In the latter country, a 2011 investigation of a bridge project financed by the World Bank revealed a huge scam.6 As a result of malfeasance in the negotiation and execution of the contract, the World Bank barred SNC-Lavalin for 10 years from all projects associated with it.7

But it was ultimately in Quebec and Canada that SNC-Lavalin executives were collared. Two cases attracted attention. First, between 2004 and 2009, an investigation by Elections Canada revealed that 18 executives at the firm illegally contributed to the Liberal Party of Canada (LPC). Subsequently, the CBC’s Fifth Estate program explained the tactic of donations made in theory by individuals but in reality by the firm, which reimbursed the employees for their donations to the LPC. Among those involved was Michael Novak, husband of Quebec Liberal government minister Kathleen Weil.8

The second scabrous “affair” that shook SNC-Lavalin was revealed by the Charbonneau Commission in relation to the construction of the McGill University Health Centre. SNC-Lavalin CEO Pierre Duhaime was accused of buying off the project’s prime contractor, Arthur Porter, with $22-million. Duhaime eventually pleaded guilty to one of the charges stemming from this huge fraud. Given the enormity of the frauds, SNC-Lavalin’s senior management staff was replaced, and the new executives promised to “clean up” the company.

We could continue with further details based on public inquiries and the remarkable work of CBC reporters. In all, the conclusion is clear. SNC-Lavalin, one of the crown jewels of Québec Inc., has defrauded on all sides. The money from the Caisse de dépôts, ultimately the money of hundreds of thousands of Quebeckers, was used to fuel a group whose practices resemble those of a big mafia ring.

So What Is To Be Done?

The Canadian elite find it easy to treat SNC-Lavalin and its friends in the Liberal Party of Canada as swindlers. Their intention, as we said earlier, is to throw the baby out with the bathwater, as the saying goes. By targeting one of the few Quebec mega-firms, you hit both Québec Inc. and, by inference, the Caisse de dépôts. Both appear as obstacles to the development of Canadian capitalism as defined by what is also known as the so-called Toronto-Calgary axis. Toronto’s major financial institutions are already salivating at the prospect of taking control of the billions that are administered by the Caisse. 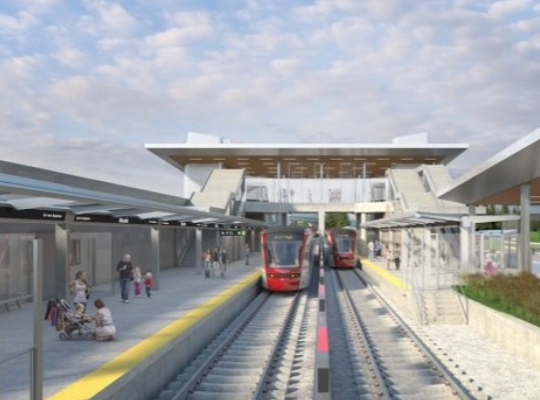 In reality, the indignation of Canada Inc. over SNC-Lavalin’s misconduct is hypocritical. There is nothing very original about SNC-Lavalin’s wangling if we compare it with what is done in other mega-companies operating in the field of infrastructure development (think of the U.S. company Bechtel, for example). And just look at the tax breaks and policies granted to the powerful mining industry, which still has Toronto as its centre of gravity. Without a federal government on the lookout to protect them, these companies would be weakened. Even if this corruption does not necessarily proceed through foul-smelling brown envelopes, it is a corrupt system.

In the meantime, the Trudeau government’s attempts to circumvent the law and protect SNC-Lavalin in the name of defending jobs are not legitimate and the affair will continue well beyond the coming election.

On the Quebec side, the media and political and economic elites have lined up, as one could expect, behind SNC-Lavalin. They want to put it all under the rug. But there are two problems. First, there are still some laws and there are limits to circumventing them. Second, SNC-Lavalin’s problem is systemic; it is not the result of the occasional error, bad contracts or bad people. When private companies are entrusted with the realization of large contracts including in the public domain, paid for from public funds, we are asking for all kinds of manipulation.

The solution, then, would normally be to repatriate these functions within a public sector managed and carried out by public agencies, mandated and accountable, where there is also great expertise, competent staff, and above all a logic that is not that of profit at any price and in the short term. In other words, it is the privatization of certain economic sectors, the golden rule of neoliberal policies, that is the source of these “affairs,” and even when there is no scandal huge profits are being appropriated by a small elite at the expense of the public.

Let’s dare to say what is not politically correct these days: some companies will have to be nationalized, while leaving intact those that remain in place in the public domain to manage electricity, water, health, education, the postal service, etc.9 That is how we will really clean up these companies, by making them efficient from the standpoint of the users and workers and not that of the “investors.” That is how we will save thousands of jobs. And that’s how we will build a more just society. •

This article first published in French on the Presse-toi à gauche website. Translated by Richard Fidler.