Bringing SNC-Lavalin to Mind in this Uninspiring Federal Election

Who would have believed, just a few months ago, that the SNC-Lavalin scandal would scarcely have been registered so far as one of the key issues in the current Federal election? This has nothing to do with the short memories of our politicians or the voters. Rather it depressingly speaks to the narrow range of political discourse and policy options in this country. 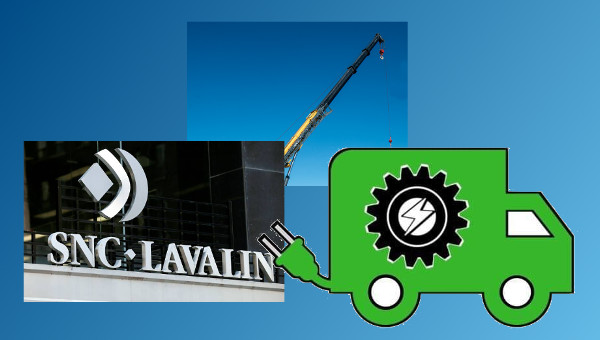 The extraordinary lengths to which the Prime Minister’s Office went to prevent the prosecution of Montreal-based SNC-Lavalin certainly was related to protecting the jobs of those workers it employs in Quebec. But what makes Canada’s largest construction company ‘too big to fail’ is, of course, much more than this. SNC-Lavalin’s infrastructural engineering and productive capacities are unique not only in terms of their centrality to the mining and metallurgy as well as the oil and gas industries, but also to this country’s ecological infrastructure – from transportation and hospitals to water and clean power.

The two corporations that merged in 1991 to comprise SNC-Lavalin were sustained through most of the twentieth century by municipal, provincial and federal government procurement and subsidies. Indeed, with this corporate concentration the dependence on the state over the following three decades became, if anything, even greater. This is why SNC-Lavalin is ‘too big to fail’ today.

In the USA ‘too big to fail’ usually implies a demand for governments to break up concentrated corporate power into smaller competitive enterprises. But this can be counterproductive insofar as these smaller firms cannot sustain themselves, leading to a new round of corporate concentration or, even worse, the actual loss of crucial infrastructural capacity. This is one of the main reasons why so many respectably capitalist governments historically resorted to public ownership, not least in Canada from railways to hydro-electric power, and in fact much more.

The privatizations of recent decades have resulted in the loss of essential public capacities. This is especially serious in the face of the scale of the environmental crisis we face today. That the neoliberal mania is wearing off is clear from the way the deficit obsession that dominated previous federal elections now suddenly seems a thing of the past. Yet with the Liberals $4.5-billion Trans Mountain pipeline nationalization, and the Conservatives astronomically more expensive pan-Canadian energy corridor proposal, it appears their only interest in public infrastructural capacities pertain to sustaining the very industry that is at the root of the climate crisis.

This is of course par for the course. The $3-billion left unpaid by General Motors from the $12-billion public bailout provided to it a decade ago could have covered all the costs entailed in implementing the Oshawa worker-environmental alliance plan to save the GM plant by taking it into public ownership and converting it into producing battery electric powered vehicles for Canada Post and other public fleets. That not even Unifor, let alone the NDP or the Green Party, has championed this plan only goes to show how bereft of big ideas are the foremost institutions that pass for the left in Canada today.

To really implement a Green New Deal of the scale required by the climate emergency would require developing the kind of public engineering and construction capacities that underpinned FDR’s New Deal during the Great Depression. It is the merest illusion to imagine that this crisis can be addressed through regulatory and tax inducements rather than the acquisition and application in the public interest of precisely the kind of engineering and construction capacities that are concentrated in SNC-Lavalin – the too big to fail corporation that the Trudeau government turned itself into knots to keep from failing.

The half million Montrealers who joined the global student-led climate strike at the end of September probably comprised the largest proportion of the population of any city in the world. Yet during the leader’s election debate staged in that city less than a week later no one connected the dots to raise the efficacy of turning SNC-Lavalin into a public utility. This marked, at least to this point, the most depressing moment of this entirely uninspiring election. •

This article first published on the Toronto Star.com website.