Time for the South African Government to Declare a Climate Emergency

On the 22nd of April, regions of Kwa Zulu Natal experienced heavy rainfall resulting in devastating flooding, washing away houses and claiming close to 80 lives. Currently, residents are living with relatives or in shelters where there are limited resources and not enough beds. Not too far away, in the aftermath of cyclone Idai, while residents of Mozambique, Zimbabwe and Malawi are still trying to rebuild, another cyclone has hit Northern Mozambique and Southern Tanzania, cyclone Kenneth. This second cyclone comes just weeks after cyclone Idai devastated the region, killing over 1000 people and displacing about 3 million. 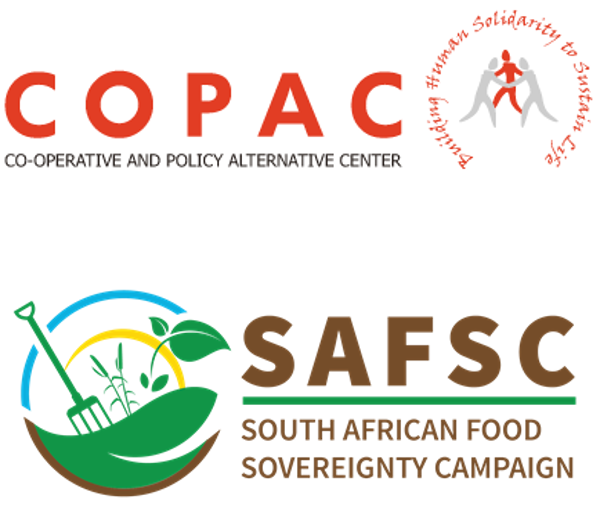 “We convey our condolences to those who have lost loved ones, and solidarity to those still suffering. These are not isolated events; they are climate shocks which are a result of climate change,” said Vishwas Satgar, Co-operative and Policy Alternative Center (COPAC) Board Chairperson.

Together with the recent flooding, South Africa has been experiencing a devastating drought that is a direct impact of climate change. The poor and most vulnerable have been the hardest hit. Climate change is not just an environmental issue as it creates conditions for inequality to increase, and for social injustice to worsen. Increasing food prices and water costs have been a direct consequence affecting working class and poor communities. Since 2015 we have been highlighting these issues through the South African Food Sovereignty Campaign (SAFSC), which COPAC co-founded.

Climate change is a threat to humanity, and the government’s refusal to recognise the magnitude of this crisis, will only be to the detriment of our people. “Climate change not only requires our immediate attention, but also our immediate action,” said Vishwas Satgar, COPAC Board Chairperson.

With our drought, flooding, fires (33-day fire in George, for instance) and frequent cyclones in the region, South Africa needs to be on a climate emergency footing.

COPAC and SAFSC partners sent President Ramaphosa an open letter, endorsed by over 60 other organizations (including two trade union federations) in October last year demanding an emergency sitting of parliament to deliberate on the UN 1.5°C report, climate shocks such as the ones we are experiencing and what is required for a deep just transition.

Grassroots movements around the country have recognised the crisis of climate change and have come up with alternatives. “The President’s failure to respond to us, and his failure to call this emergency sitting of parliament last year, is an absolute disservice to the people of South Africa. The science is available, the alternatives are available but President Ramaphosa and his government have failed to recognise this” said COPAC’s Courtney Morgan. She further stated that “his shock at the devastation during the flooding is all an act, he cannot claim to be shocked when he was warned by us, and other organizations that we would experience such events in the near future, and he chose not to act. It really is just failed leadership that has crippled the country in the face of worsening climate shocks.”

The ANC led government has locked us into an ecocidal, coal burning path. Given that elections are in just 2 weeks (May 8th), it must be noted that their manifesto also does not sufficiently deal with climate change. In fact, the Democratic Alliance (DA) and Economic Freedom Fighters (EFF) also lack sufficient climate change policy. They are not committed to placing South Africa on a climate emergency footing. The three biggest parties in South Africa all neglect the urgency and seriousness of climate change, and this is clearly reflected in their manifestos.1 There is a crisis of political leadership in South Africa.

All concerned South Africans should join climate justice activists in mass action against carbon corporations and a climate crisis failed state in coming months. Like Extinction Rebellion, the Sunrise Movement and calls for Africa to vuka (to awaken and stir into action) regarding climate crisis we need to do the same. Workers during May Day, in their locals, trade unions and federations must deliberate on their role in leading the just transition. We are running out of time.

Together we can provide another way forward for South Africa to take the climate crisis seriously. Join us in developing a Climate Justice Charter, for the people, by the people. Satgar continued that “it is truly disappointing but not surprising that none of the big parties address climate change sufficiently. No matter the outcome of the upcoming election, it is clear that the people of South Africa must rely on peoples’ power and popular education to advance climate justice alternatives, these solutions have not, and will never come from our leadership.”

COPAC, together with the SAFSC, and the various forces uniting around this process are deepening dialogue around a charter that involves grassroots engagements and inputs. “We must continue to mobilize all South Africans to create mass power for climate justice! Convene your family, friends, community, sector, organization and movement to input into the Climate Justice Charter. We want to hear from you!” said Ferial Adam, a COPAC associate. •

The Co-operative and Policy Alternative Center (COPAC) was formed in 1999 as a grassroots development organization. It began with the ambition to contribute, through a bottom up practice, to reconstruction and development in post-apartheid South Africa.