I knew it would be coming: an essay in The Bullet trumpeting the “breakthrough” of Québec Solidaire (QS) in the recent Québec election. I agree: it was a breakthrough. QS increased its seat totals from 3 to 10, and won 16 per cent of the popular vote (over 600,000 votes). Unfortunately, their right-wing rivals, the Coalition Avenir Québec, won 7 times as many seats and almost three times as many votes. Québec thus joins Ontario in having dumped a Liberal for a right-wing populist party. The two largest Canadian provinces join the United States, the United Kingdom, Italy, Hungary, Poland, the Czech Republic, and Slovakia in electing parties with openly anti-immigrant platforms. 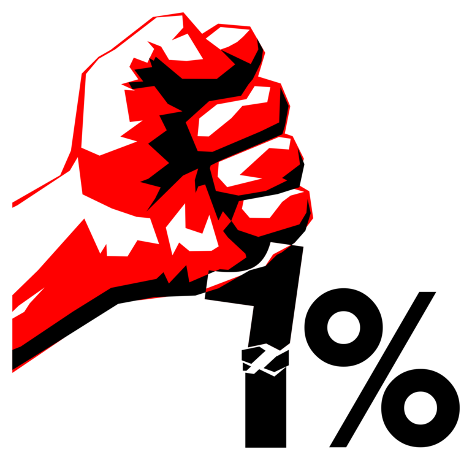 The question that the QS results pose for me is: if 600,000 Quebecois can recognize the superiority of the QS platform, why not all of them? What explains the current division, replicating itself across North America and Europe at least, between a smaller minority of people embracing anti-austerity, social democratic (with gusts toward democratic socialist) solutions to capitalist problems, and larger minorities embracing right-wing anti-immigrant populist pseudo-solutions? I do not have a conclusive answer, but perhaps by raising questions about some standard explanations, the way toward a better answer will be cleared.

I want to begin by stating flatly that the type of polarization we are seeing today puts to rest any crude Marxist theory of the formation of class consciousness. In the narrowest possible reading, Marx held that capitalist crises would steadily intensify. Their effects would hurt working people the hardest, and they would be forced to confront the “real conditions of life,” as he and Engels put it in The Communist Manifesto. He expected that this confrontation would produce growing class consciousness, and that growing class consciousness was the crucial subjective factor necessary (but not sufficient) for successful revolution. All the evidence since 1848 suggests that while crises may force workers to confront the real conditions of their lives, they do not draw communist conclusions with any mechanical regularity.

Lenin tried to correct this problem by arguing, in What is to be Done? that on their own, workers would only attain “trade union consciousness.” That is, workers could correctly understand their short term economic interests, but not that securing even these ultimately depended upon a political solution to the contradictions of capitalist society as a whole. To reach the correct inference: that communist revolution is necessary, requires the organizing work of a professional party of revolutionaries. History tells against this argument as much as against Marx and Engels. First, workers no longer even reliably reach trade union consciousness. Second, no one, in any class, would take seriously calls for the sorts of organizing and insurrectionism of the Bolsheviks. Those tactics made sense in the context of 1917 Russia. In 2018 Europe and North America, socialists who have gained a hearing and had political success have wisely reconciled themselves to organizing within the framework of parliamentary democracy.

As QS once again shows, those successes are real. However, they are not overwhelming. 16 per cent of Quebec voters cast their ballot for QS, which means that 84 per cent did not. 51% of young Americans have a favorable view of socialism (social democracy), which means that 49 per cent do not. One might reasonably wonder why not, when only the delusional can deny the reality of social crises. These can be described empirically without making any tendentious Marxist assumptions about capitalism. Climate change is real and uncontroversially linked with “human activities” (i.e., over use of fossil fuels caused by the demands of economic competition and growth). Money has clearly captured the institutions of liberal democracy and ensured that whatever mainstream party gets elected, the interests of the rich are served. Inequality of income and wealth is wide and growing, and this inequality causes measurable declines in health and freedom the lower one goes on the wealth and income scale. Inequality ruins lives, in other words, and this can be statistically measured and explained, without ever quoting Marx (even though it is consistent with his broad critique of capitalism).

What interests me (and worries me, because I do not have a convincing answer), is how the variation within groups (classes, sexes, etc.) that different theories (Marxism, feminism, etc.) conceive of as unities held together by shared political interests are not. Why are there women who think that all women should be denied reproductive health care (contraception and access to abortion), when they could very well be depriving themselves of something they will need? Why are so many workers anti-union when unions have demonstrably (for all their problems) raised wages and improved conditions of work?

The standard answer is that members of groups who do not recognise and act on the shared group interests have internalized ruling class ideology. But this answer is just a re-description of the problem, not an explanation of why it happens. Two workers who do the same job and live in the same neighborhood and share the same language, interests, and friends, can radically differ in their politics. Why does one draw the appropriate conclusion, based on objective evidence and not Marxist theory, that, for example, the company is not providing adequate safety gear, and his friend thinks that safety should be an individual responsibility?

Could it be that one is smart and the other stupid? Aside from difficulties defining “intelligence,” it does not seem to explain the nature of this sort of case. The two could give logically valid arguments in support of their position. The problem concerns the truth of the premises from which they begin, and what they count as valid reasons and evidence. Relative degrees of intelligence do not seem to explain these sorts of rational political disagreement.

Could differences in experience explain the divergence? Perhaps one friend has been well-supported by a union in a previous job, while the other person felt he had been screwed over by a union in the past. That would explain individual cases, but it is hard to imagine that these could explain statistically significant movements toward or away from a political position. Mass waves of unionization cannot be caused by each individual having had a good experience with a union: a movement depends on a rapidly spreading conviction. So how and why do they spread, and why are they not universally successful (anymore?) in appealing to all members of a group who share an interest?

Is it just a fact that people have different ultimate commitments in modern societies? That liberal explanation pioneered by John Rawls in Political Liberalism faces the same logical problem as the Marxist invocation of ideology. It just re-describes what needs to be explained. 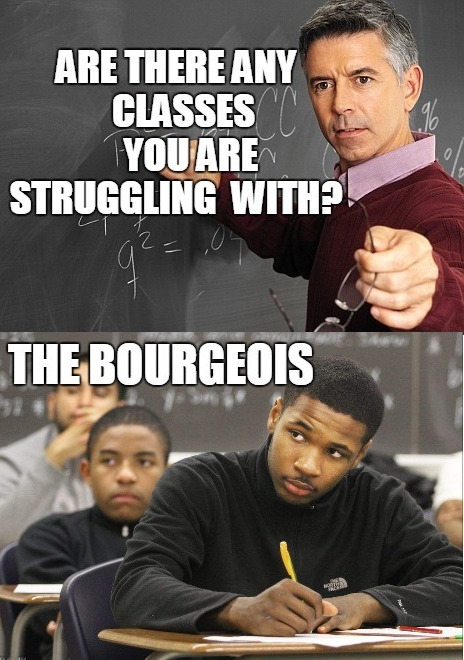 I am not willing (yet) to concede that either there are no objective interests, or that people are not rational enough to recognise them. I think people do recognise them, but are persuaded that they are better served by policies and parties that, impartially considered, are not designed to actually address those needs. The paradigm case in point is working class support for Donald Trump. Trump always begins by recognising the unmet needs of these workers. He thus connects to the objective interest that I am talking about. Yet his policies have only served to de-regulate business and lower the tax burden on the rich. The move has provided short term economic stimulus and the growth of low wage work (lowering the unemployment rate), but I do not think unfree, exploitative work at low wages really meets the needs of workers.

Simplicity of the Message

Political persuasiveness is thus the place to look for an answer to the question, but, alone, is not an answer, because it does not explain why a demagogue like Trump is successful, only that he is persuasive. What is it in his message that is not in left-wing messages? One suspicion I have harboured is that it has to do with the simplicity of the message. I am not saying that workers are stupid and can only understand simple messages. What I am saying is that people want immediate solutions to their problems. Whether people can understand complicated theoretical explanations of capitalism and patriarchy and their intersections is besides the point: people want solutions, not theoretical explanations.

Look at the similarity between Bernie Sanders and Trump. Given the machinations of the Democratic Party, Sanders was thwarted in his bid to become the Democratic candidate for President. Had he won the primary, he might well have beaten Trump. There was certainly a large movement amongst UAW workers in Michigan that supported Sanders, and Trump’s margin in the mid-Western states that he won was only in the tens of thousands. Sanders, like Trump, had a simple straightforward message, as well as concrete policies that demonstrably addressed fundamental unmet needs, while also advancing a set of democratic values that could be the source for deeper transformations.

As one moves further left, from Sanders or the New Democratic Party (NDP) in Canada, toward groups like QS, one moves steadily away from straightforward, simple (not simplistic), platforms and positions. I know this fact from having been an active member of a far left group for more than a decade. I learned a great deal about Marxism and capitalism and the contradictions of contemporary society – all of which helped me become the philosopher I am today – but I cannot say we advanced the revolution. Most of these groups are composed of intellectuals, who think through the complexities of issues and are sensitive, (spending their time in universities and arguing with each other), to the dangers of excluding voices and perspectives. The result is that their platforms and policies tend to be complex and demand a great deal of time to think through. They appeal to other intellectuals and politicized people.

However, most people are not intellectuals by profession or demeanour. Nor are most people consumed with politics. They look to politicians to defend their interests so that they can pursue projects which are meaningful for them. Few show any inclination to constantly engage in argument and activism. Hence – (I suggest, but cannot prove), perhaps what explains the deviation between political position and objective interest is the degree to which people are motivated to act politically. The less political one is, the more inclined one is toward straightforward positions and platforms. (I realise that this leaves open the question of why people are or are not political.) If the right-wing candidate is the only one speaking that way, they garner a plurality of votes.

I want to re-iterate that I do not think that this explanation is the whole answer to the question. Far from it. At the same time, I do think that it is a factor worth thinking through, in connection with other elements of an explanation. •