There is an emerging orthodoxy, rooted more in fiction than fact, that the 15-year regime of the Ontario Liberals somehow swung the ideological and policy spectrum sharply to the left. But this is a gross misinterpretation of actual history. While the Liberals did indeed implement a hodgepodge of policies that might selectively register as ‘progressive’, their time in power was never about a wholesale repudiation of the Conservative’s Common Sense Revolution but rather about deepening and extending it in ways that were more palatable to a public increasingly fed up with the uncompromising and aggressive style of their Conservative predecessors. In other words, it was continuity, not change, that defined the Liberals’ time in power. 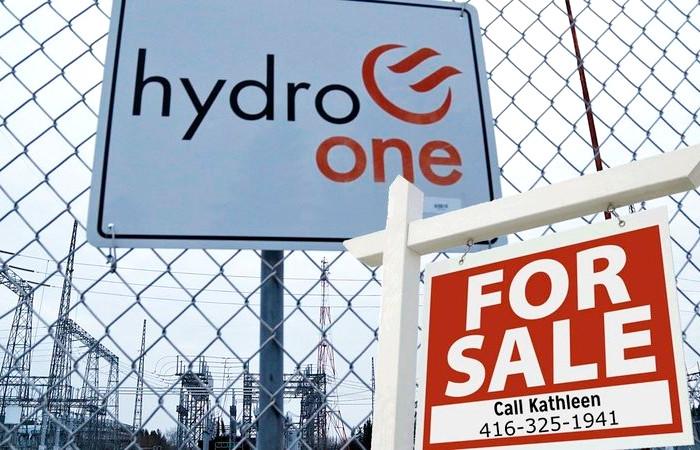 Those at the centre of this historical re-imagining are increasingly recasting the Liberals’ time in government as an extreme left interregnum inconsistent with the ‘progressive’ conservative values of Ontario. They point to all day kindergarten, the expansion of prescription-drug and dental benefits, the subsidization of tuition fees for some post-secondary students, proposed pension reform, modest increases to high-income earners’ taxes, changes to labour legislation, and some investments in new infrastructure and social programs as key illustrations. But these new investments barely made up for inflation and population growth, let alone a reversal of the fiscal legacy of the Harris Conservatives.

Through their first term (2003-07), modest savings were made through the privatization of services formerly covered by the Ontario Health Insurance Plan (OHIP) like chiropractic therapy, physical rehabilitation and optometry exams. The Dalton McGuinty government also spearheaded the expansion of private healthcare clinics, introducing a graduated healthcare premium that ranged from $60 to $900 per year depending on income level. But this was the calm before the storm.

As the tailwinds of the 2008 recession swept across Ontario, the Liberal government responded with a plan outlining a decade of austerity. The major policy plank of this program was the Open Ontario Plan (OOP), which called for, among other things, tax relief, the privatization of public assets and services, and wage concessions from public sector workers. To give a few examples, the general corporate income tax (CIT) rate was cut 28 per cent, the preferential small business CIT rate was cut 36 per cent, and the tax rate on the first $37,106 of personal taxable income was reduced by more than 16 per cent, while those earning up to $80,000 per year saw a tax cut of 10 per cent. Altogether, tax cuts during this time eroded some $500-million in annual revenue generation making Ontario’s tax regime among the lowest across the OECD.

The omnibus Open for Business Act introduced over 100 amendments to legislation across ten ministries whose stated objective was to create a more competitive business climate. The Liberals solicited CIBC World Markets and Goldman Sachs to come up with a plan to monetize the province’s $60-billion worth of public assets. The idea behind “SuperCorp” was to combine Ontario’s Crown assets, including nuclear power plants, power generation facilities, 29,000 kilometres of electrical transmission and distribution lines, six-hundred plus liquor stores and gaming operations.

The Liberals also established the Commission on the Reform of Ontario’s Public Services headed by former TD Bank chief economist Don Drummond. The Commission recommended cuts deeper than those of the 1990s followed by the sale of public assets and privatized service delivery. In following through on some 80 per cent of the Drummond Commission’s recommendations, the Liberals eroded an additional $300-million in public revenue by 2015-16. The “crowning irony” for the Liberals was that after a decade in power they had succeeded in cutting the size of government down to when they had taken over from their Conservative predecessors.

In 2013, amid a barrage of scandals, both Premier McGuinty and Finance Minister Dwight Duncan stepped down in what was portrayed as a period of renewal. Kathleen Wynne emerged as new party leader and Premier of Ontario, positioning herself as the “social justice” and “activist” premier against the old guard. In practice, however, much of the Harris-McGuinty legacy continued.

Public-private-partnerships (P3s) proliferated, even though the Auditor General found that Ontario could have saved up to $8-billion through traditional public procurement. Premier Wynne launched a blue-ribbon panel headed by president and former CEO of TD Bank, Ed Clark, to advise the government how to privatize public assets such as the OLG and LCBO, which together bring in more than $4.5-billion annually.

Catching her own party off guard, Kathleen Wynne kickstarted the asset sell-off with Hydro One, which was estimated to bring in close to $750-million in annual public revenue. Under Wynne’s plan, the Liberals sold-off 60 per cent ownership stake bringing in roughly $4-billion in one-off monies while maintaining a 40 per cent public ownership. The Financial Accountability Office (FAO) found that the sale of Hydro one was roughly equivalent to five years of continued public ownership.

Far from progressive public policy, it has been tax cuts and austerity that has prevailed in Ontario over the last decade. Little wonder then that Doug Ford and Co. have stoked the fires of deficit hysteria given the reluctance of the Liberals to deal with the revenue side of government expenditures. The reality is that when it comes to the provinces context matters, perhaps more than anywhere else in the world.

Of course, real ideological and policy differences exist between the Liberals and Conservatives. But to refer to the Liberal decade and a half in power as progressive in any meaningful sense of the term is more than just an historical misreading, it’s ideological and political gamesmanship at its worst. With the Ford Conservatives in power, Ontario has now come full circle. In an increasingly unequal and divided province, the time has come to explore what truly progressive politics, and not just those “for the [rich] people,” might actually look like. •