How Did Socialists Respond to the Advent of Fascism?

The following talk was given on 21 July 2018 to a two-day seminar at York University entitled “Historical perspectives on united fronts against fascism and the far right.”

The framework for our panel this morning is “Unity against the Right: A historical approach.”

There are in fact many histories of such united resistance, each with its own lineage. We could talk of how Louis Riel united Métis, First Nations, and many colonial settlers to battle for democracy and aboriginal rights. Or of how women debated how to find allies in their liberation struggle and the trade-off with partnerships with the sectors of the elite or of the subaltern masses. But I will not speak of this. I will also set aside the struggle of colonized peoples for unity against imperialism, so central to the socialist movement of the last century.

My topic relates to the origin of Fascism. It was born in Europe as an expression of the ideology of European supremacy, and my focus will thus necessarily be European as well. I’m going to speak of events in Italy a century ago, not simply because of their objective importance but because they carry great weight in our political memory and imagination.

Italy – Between the Wars

Italy then ranked as an imperialist power, although a weak and unstable one, the product of an incomplete bourgeois revolution in which owners of large estates and the Catholic Church held great power, while the majority of Italy’s immense peasantry were landless. A sizable industrial working class was largely socialist in conviction, and the Italian Socialist Party governed more than 2,000 municipalities.

Formally a winner in the First World War (28 July 1914 to 11 November 1918), the Italian ruling class had been weakened by the impact of great human and material destruction in this conflict. The war’s end brought economic crisis, the ruin of middle layers, a mass of discharged soldiers with no visible future, and a militant workers’ upsurge that for a moment seemed about to sweep all before it.

In September 1920 a great wave of factory occupations brought the country to the brink of revolution. However, the Socialists gave no leadership and the movement foundered, opening the gates to counterrevolution.

A wave of reaction was then sweeping across much of Europe. It brought many rightist dictatorial regimes to power, as in Hungary, where the regime executed 5,000 supposed Reds. The Hungarian regime was aristocratic in nature, a military dictatorship based on upper-class cadres. Italy was different: the reactionary movement seemed to emerge from among the masses themselves.

In Italy, after the war ended, the spearhead of reaction emerged: the Arditi, or “commandos,” a network of anti-labour mercenaries led mainly by former army officers. But the most successful such force, the Fascists, was plebeian. Its leader, Benito Mussolini, had been a left-wing Socialist; the group, founded in 1919, posed as supporters of strikes and workers’ management and of land to the peasants. Yet their ideology was pro-capitalist, rooted in worship of the state and the nation. They acted as murderous anti-labour militia, financed by elements of the ruling class and tolerated or supported by the police and army. The Fascists backed up violence with a forceful ideology rejecting reason and fact while appealing to mysticism and religious-like idolatry of the state and the “man from destiny.” 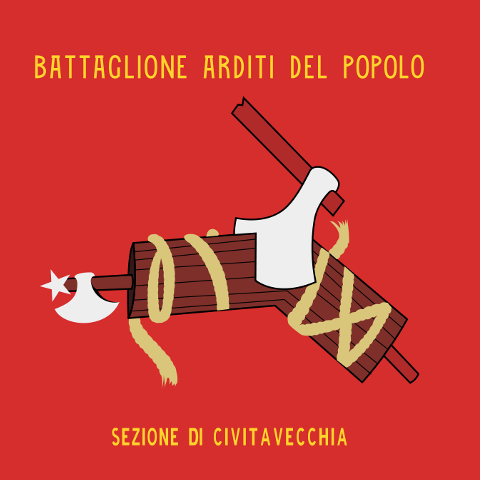 By mid-1921 Fascism was a menacing mass movement. How did its opponents respond?

At the end of 1922, the Fascists consummated their one-sided civil war with a parliamentary deal, in which they were appointed to government by the king and mainstream capitalist parties. During the half-decade that followed, the Fascist regime hardened into a totalitarian dictatorship that lasted until 1943.

Two conclusions jump out from this depressing story:

During the years of Mussolini’s rise, however, the policy of the Communist International on alliances evolved greatly in a direction that, if applied in Italy, might well have changed the outcome. Five stages in this process should be noted:

There’s something missing here: an analysis of the racist and xenophobic essence of fascist doctrine. It was the reverse side of the fascists’ worship of an aggressive nationalism, which rested on plans for conquest of south Slavs, Greeks, Turks, Africans – all viewed as inferior peoples. In German fascism, such racial stereotyping became more explicit, maturing into a project of genocide against Jews, Poles, Russians, Roma, and other peoples. 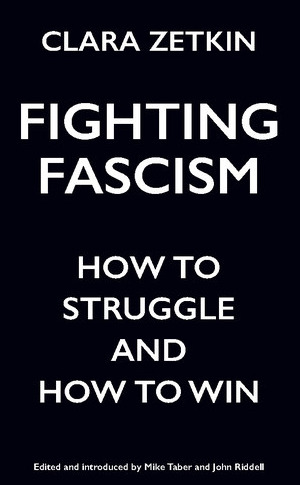 Despite this weakness, Zetkin’s report and resolution, adopted by the Comintern in June 1923, stand as the outstanding exposition of a Marxist response to fascism during its heyday in the 1920s and 1930s. It theorized the lesson of the Italian Arditi del Popolo experience while fusing it with a perspective for workers’ power. Alternatively, the Comintern position can be seen, as Leon Trotsky later insisted, as an application of the Bolsheviks’ united front policies in the run-up to the Russian October revolution of 1917.

Given the strategic force of this position, it may seem surprising it was applied during only two brief periods of Comintern history. Comintern anti-fascist policy proved to be unstable, going through no less than six reversals up to the International’s dissolution in 1943. Two of these turnabouts were particularly significant:

In my opinion, the 1935 policy, known as “popular frontism,” brought the Comintern into broad alignment with Social Democracy as regards the strategic alternative to fascism. The goal of socialist revolution was set aside in favour of a project for defense of democratic capitalism and alliance with forces within the imperialist ruling class.

This occurred at the height of Stalin’s murderous repression of Bolshevik cadres, and this witch-hunt also infected the Comintern and its “people’s front.”

To conclude, the responses of socialists to the first 15 years of fascism fall into three categories: sectarian isolation, an alliance for progressive reform, or a united front to bring working people to power. Despite the immense transformation in social structure and global geopolitics, these divergent impulses continue to find expression today, as we feel our way toward an effective defense against fascist dangers today. •

A Note on Sources