The Mirage of Pension-Fund Activism

In her 2016 book No Shortcuts: Organizing for Power in the New Gilded Age, union organizer Jane McAlevey argued that unions have repeatedly and fruitlessly searched for quick fixes to the long decline of organized labour. This hunt for a magic bullet has diverted unions from investing in the single enduring and indispensable source of working-class power: deep organizing to build workers’ collective capacities for struggle. 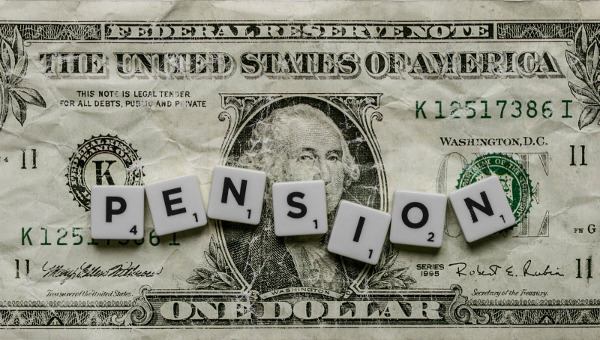 One alluring shortcut to renewing labour’s strength has been to try to exploit the growth of pension funds. In Canada, the United States, and other countries, these pools of workers’ retirement savings have grown, even as union density has fallen. Today, pension funds alone hold assets of nearly $41-trillion (U.S.) worldwide, and are growing at 6 per cent a year; Canada itself is home to $1.8-trillion (U.S.) in pension-fund assets and some of the biggest pension-fund investors in the world. These funds invest in every imaginable asset around the planet – not just stocks and bonds, but schools, hospitals, airports, municipal water systems, farm land, coal deposits, and other myriad assets.

The Rise of the Working-Class Shareholder: Labor’s Last Best Weapon is only the latest in a long line of books urging unions to harness pension funds’ financial clout to advance workers’ interests. The book’s author, David Webber, is a professor in the Boston University Law School, with a deep knowledge of pension law and close ties to the U.S. union pension-activist community. Webber is firmly in labour’s camp, and is a sharp critic and opponent of the U.S. right wing. But the book’s approach epitomizes McAlevey’s argument that the search for shortcuts is a dead end.

The Rise of the Working-Class Shareholder chronicles the efforts of a small group of U.S. union activists and pension-fund trustees to challenge corporate investment decisions. In shareholder meetings and trustee encounters with investment managers, union activists are combating outrageous executive pay, exposing corporate fraud, removing anti-union managers, and demanding that companies invest in ways that respect workers’ rights. Several unions have used the financial clout of their pension funds to force consultants and investment managers to end their support for right-wing think tanks and lobby groups.

As the title of the book suggests, Webber makes far-reaching claims for the achievements of “workers’ capital.” In Webber’s view, pension funds are “the only institutions … that have consistently delivered tangible benefits to working-class people in this country for decades.” Pension power is “transformative,” with “enormous potential” to advance workers’ interests, and “a source of real-world power to bend the current system toward their own needs.”

Such claims are vastly overblown. The reality beneath the packaging is far more modest. The book details pension activists’ efforts to shine light on excessive fees charged by investment funds, fight stock-option fraud, reform corporate board elections, and insist on a shareholder say on sky-high executive pay. While certainly welcome, these achievements are modest rather than transformative. The showcase example deployed in the book is the 2003–4 California Safeway strike, in which seventy thousand workers fought a five-month strike against the chain of grocery stores. The strike is so important, in Webber’s view, because the California public-employees’ pension fund (CalPERS) participated in a shareholder campaign against Safeway management. But the strike ended disappointingly and the shareholder campaign only followed the settlement of the strike.

It’s not, however, just that the promise of the “working-class shareholder” is exaggerated. This strategy prevents an understanding of why pension-investment funds repeatedly undermine workers’ interests, and why “workers’ capital” approaches so often disappoint. It also doesn’t help unions understand and confront the serious contradictions that arise when workers’ interests become tied up in financialization. Rather, it diverts unions from the necessary goal of building workers’ independent understandings and capacity to challenge the power of financial capital.

In order to generate these returns, large pension funds are themselves structured as investment management corporations. They are mandated to maximize returns without taking on undue risk, and they deploy the sophistication and single-mindedness of other leading funds. They are extraordinarily effective at doing what they are set up to do, namely earn high and reliable returns.

Union leaders and union trustees have little room to challenge this logic from the inside. Trustees are in fact under enormous pressure to “get with the program” and support the competitive hunt for investment returns, in order to ensure that members’ pensions will be there in retirement. Webber spends considerable time looking at what the law does and doesn’t require regarding trustee behavior. But legal pressures are just one constraint. In practice, trustees are systematically indoctrinated in order to support and facilitate the goal of generating competitive investment returns.

In contemporary financialized capitalism, competing for profit-making opportunities and extracting profit is the name of the game. It is for this reason that pension funds routinely invest in hedge funds and private-equity funds, whose business model rests on stripping value and loading on debt in the interests of investors, and at the expense of workers and communities.

The point isn’t that pension funds participate in offshore tax shelters and sue foreign governments for interfering with profits because they’re somehow different or worse from other investment funds. They’re not. These are simply the methods and techniques of competing in contemporary financial markets.

Over the past forty years, the vast growth of financial capital, including the rise of pension funds, has been essential to entrenching neoliberalism, fueling inequality, and destroying working-class power. The Rise of the Working-Class Shareholder doesn’t help us come to grips with this experience and identify ways to confront financialized capitalism. 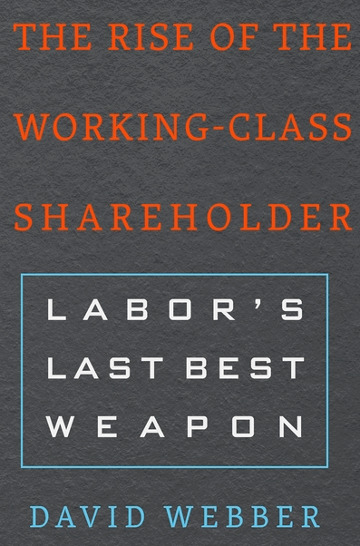 In Webber’s line of thinking, the problem isn’t that capital owners and investors have too much power. Rather, the problem is that shareholders like pension funds have too little power to call the shots. By making companies more responsive to working-class shareholders, the book argues, companies will become more responsive to working people more generally. The integration of working people into liberalized financial markets – in which our pensions depend on privatizing public services, evading taxes, and eliminating other people’s pensions – is, in this framework, seen as a welcome development rather than a serious problem facing unions and the Left.

Webber’s book is not wholly ignorant of the contradictions of workers’ pension funds investing in privatization. It acknowledges that “the pension funds of some firefighters, police officers, prison guards, teachers, public engineers, and custodians are directly funding … companies that privatize public services, directly undercutting these public workers’ own wages and benefits.” But in a common maneuver, Webber takes this as evidence that unions haven’t done enough to intervene to steer pension funds toward more acceptable outcomes. At this point, the argument becomes self-reinforcing: evidence of the weakness of this approach is merely justification for doubling down on this strategy.

The Rise of the Working-Class Shareholder takes for granted that workers as workers – not shareholders – are relatively powerless, and that strikes are no longer effective. However, the book avoids any serious attempt to support this assertion. Webber’s book ignores the important U.S. struggles that have captured the world’s imagination: teachers’ strikes in Chicago, West Virginia, and Oklahoma; the Pennsylvania nurses’ strike at Temple University Hospital; New York City taxi drivers; and the forty thousand workers that struck Verizon in 2016, to say nothing of the Coalition of Immokalee Workers and the Fight for $15 movement. Webber doesn’t really attempt to substantiate these claims through the kind of serious engagement with the lessons of U.S. workers’ organizing exemplified in the work of McAlevey and Kim Moody, among others. Yet he insists that unions must continue to divert scarce resources toward workers’ capital efforts, even if it means scaling back efforts to organize and empower workers.

In essence, the book’s strategy is an extension of the labour-sponsored corporate campaigns that arose in the 1980s, placing overriding importance on “a war waged between labour professionals and business elites,” in McAlevey’s words. In so doing, Webber ends up closing off opportunities for organizing workers to confront financial capital, or even envisaging and fighting for alternatives to delivering pensions, such as expanding Social Security. What remains is a contradictory and compromised form of politics, in which “workers’ capital” becomes an opportunity for workers to “shape privatization in their own interests.”

Despite the title’s grandiose claims, the book’s argument at times retreats to the far more modest position that large pension funds are an established fact, so we need to engage with them. It’s true that unions must and will continue to defend the pensions they have won. All workers deserve good pensions, but to win these, workers’ power will have to be built to take on the existing system of inequality and insecurity, which financial capital plays such an important role in reinforcing and deepening. To believe that this work can be avoided with another shortcut is dangerously wishful thinking. •

Bob Farkas is a teacher, union member, and activist living in Toronto, Canada, with a longstanding interest in pension issues.