A sweeping new report released on March 23rd emphasizes just how intertwined the challenges of climate change and loss of biodiversity truly are.

The Paris Climate Agreement and several other United Nations (UN) pacts “all depend on the health and vitality of our natural environment in all its diversity and complexity,” said Dr. Anne Larigauderie, executive secretary of the UN-backed organization behind the report. “Acting to protect and promote biodiversity is at least as important to achieving these commitments and to human well-being as is the fight against global climate change.” 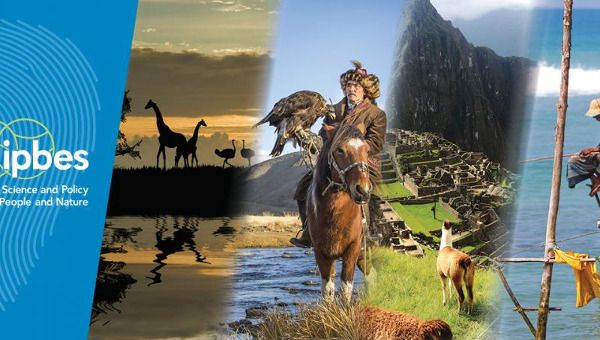 The report comes from the efforts of more than 550 scientists in over 100 nations, corralled by an organization often dubbed “the IPCC for biodiversity.”

Climate Change not so Great for Wildlife

Three years in the making, the study [“Biodiversity and Nature’s Contributions Continue Dangerous Decline”] concluded humans are causing the planet to lose species at such a rapid clip that the resulting risks are on par with those presented by climate change. On top of being unfortunate for those species that no longer exist, these losses also endanger people’s access to food, clean water, and energy, according to the report.

“We must act to halt and reverse the unsustainable use of nature or risk not only the future we want but even the lives we currently lead,” Robert Watson, current IPBES chair and former IPCC chair, told The Guardian.

In addition, by 2050, the report found that under a “business as usual” scenario for greenhouse gas emissions, climate change could jump ahead of other threats, such as habitat loss and change in land use, as the primary cause of extinctions in North and South America.

Wildlife and ecosystems across the world are threatened by the impacts of a warming climate.

Coral reefs, under assault from warming, acidifying waters and pollution, are the poster child for this. They have suffered extensive damage already in South and Southeast Asia, and this report determined that “up to 90 per cent of corals will suffer severe degradation by 2050, even under conservative climate change scenarios.”

In Africa by the year 2100, climate change could threaten over half of the continent’s species of birds and mammals and many of its plants.

Larigauderie pointed out that protecting the lands and waters that support the world’s wildlife helps prepare them for the effects of climate change already happening.

“Richer, more diverse ecosystems are better able to cope with disturbances – such as extreme events and the emergence of diseases,” she said. “They are our ‘insurance policy’ against unforeseen disasters and, used sustainably, they also offer many of the best solutions to our most pressing challenges.”

Sea level rise and extreme weather are poised to jeopardize species (including humans) in low-lying areas of the Asia-Pacific region. For example, as mangroves continue to be cut down, coastal areas lose these natural buffers against flooding and severe storms, a similar issue as Louisiana’s disappearing wetlands along the Gulf of Mexico.

But there were a few bright spots among the report’s generally glum news. One was the rise in forested areas in Northeast Asia, where restoration and other efforts have increased tree cover by nearly 23 per cent, and in the Asia-Pacific region more broadly, by 2.5 per cent.

Furthermore, the study set out a range of successful policy options for protecting biodiversity, beyond habitat restoration projects and protected areas such as parks and reserves.

Many of the solutions for stemming the loss of species would have simultaneous benefits for the climate, such as protecting and restoring ecosystems (which can store more carbon), cleaning up energy sources (fewer greenhouse gas emissions), and practicing more sustainable and diverse agriculture (lowering emissions, storing carbon).

And in a comment that continues the parallels between addressing biodiversity loss and climate change, Watson said: “It is also clear that indigenous and local knowledge can be an invaluable asset, and biodiversity issues need to receive much higher priority in policy making and development planning at every level. Cross-border collaboration is also essential, given that biodiversity challenges recognize no national boundaries.”

In other words, neither of these global issues is receiving the attention they deserve, and neither can be solved adequately without international collaboration and reversing historical imbalances in power and decision-making, particularly toward Indigenous peoples. •

Ashley Braun is a Seattle-based freelance science and environmental journalist. She works as a deputy editor for DeSmogBlog.com and is a contributing science writer for Natural History magazine.