Off the Map: Disabilities and Just Mobility

In rankings of the U.S.’s best urban public transportation systems, Washington, D.C., San Francisco, Boston, and New York usually hover at the top. At the bottom are smaller and poorer cities like Buffalo, Cleveland, Omaha, and Oklahoma City. The overall takeaway is no surprise: well-resourced cities have better public transit systems than their more economically distressed counterparts. 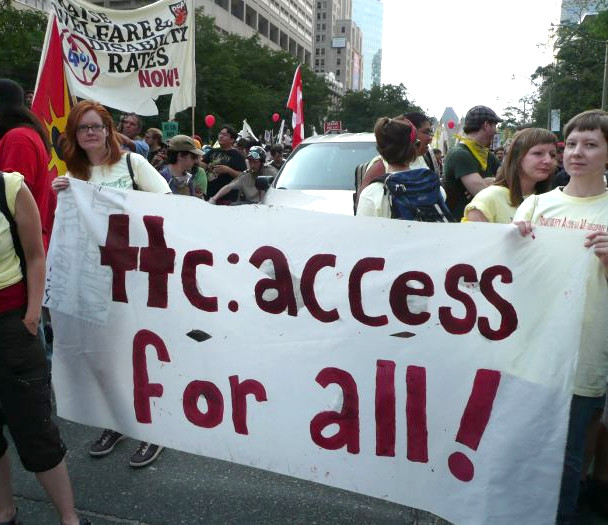 For people with physical disabilities, this poses a dilemma. Because many disabilities preclude walking long distances and/or driving, and because accessible private transportation options are often expensive, access to public transport is critical for many disabled people to get around. But the cities that are most financially equipped to build and maintain fast, time-reliable public transit systems are those with great clusters of wealth, high-salaried work, and high-octane economic activity in general. And today, an American city with those characteristics is also guaranteed to be gentrifying and aggressively displacing less affluent residents. Since disability is strongly correlated with poverty – as both a cause and consequence of financial hardship – this means that many disabled people increasingly can’t live in the cities that would best accommodate them.

San Francisco and D.C. have the money for ramps, elevators, and other accessibility infrastructure. The problem is that people who use that infrastructure increasingly don’t have the money for San Francisco and D.C. This situation – in which the people who most need public transit are the least likely to have access to it – stems from a set of neoliberal structures and policies that have left cities more subservient to capital than ever.

For people with disabilities to get to work, visit the bank and post office, and otherwise participate in public life, they need high-quality, accessible public infrastructure. But to achieve that, we need to do more than just monitor compliance with the Americans with Disabilities Act (ADA). We need to re-center urban politics around social need rather than corporate profit – which means replacing the balkanized and ever-dwindling social-program patchwork with a more universal and robust system of social provision. In other words, to achieve full equality for people with disabilities, we’ll need to fight capitalism.

There’s a strong correlation between poverty and disability. Nearly half of prime-age adults who live in poverty have one or more disabilities, far above the national average, and the poverty rate for working-age people with disabilities is nearly two and a half times higher than for those without disabilities. The reasons are complex, but suffice to say that causation runs in both directions: being poor can increase the likelihood of becoming disabled, and being disabled can increase the likelihood of being poor.

Not all people with disabilities are poor, however, and in practice they face different problems depending on their class positions. About a third say inadequate transportation is a major problem for them; of those, the majority make less than $35,000 a year. Transportation becomes less of an issue as respondents ascend the income ladder: more money can buy private transportation options, like a taxi or Uber, while poor people in general face longer commutes than the affluent. 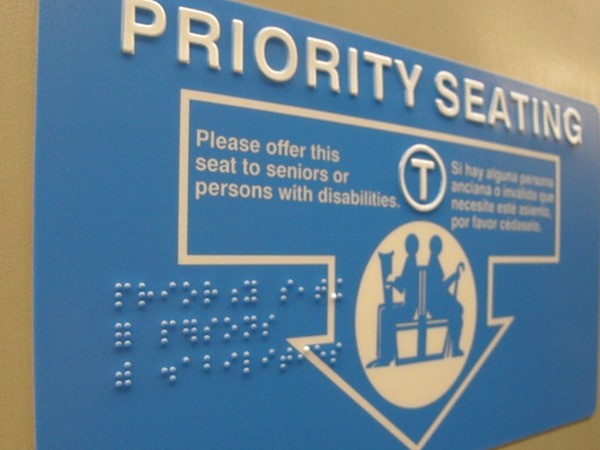 Yet, even as they find themselves particularly dependent on quality public transportation, the higher incidence of poverty among people with disabilities means they’re also especially vulnerable to gentrification and displacement. As a result, they find themselves boxed out of the very metropolitan areas most likely to have the money for fast trains, good bus coverage, working elevators, and other accessible infrastructure.

Meanwhile, as federal grant programs for infrastructure projects get the axe under austerity budgets, cities need to attract investment financing on their own. That’s turned municipal governments into desperate fundraisers overly dependent on the whims of mobile capital. Low tax rates, years-long tax abatements, generous subsidies and giveaways, and favorable zoning laws and building codes are just a few of the public policies municipalities are using to goad corporations to set up shop in their cities. And those policies, in turn, result in gentrification and displacement.

For giants like Amazon and Google, courtship from capital-hungry cities represents a powerful form of class leverage. But for the poor living in these cities – the disabled frequently among them – the same leverage functions as class warfare.

From Each According to Their Ability

Right now, a city’s ability to attract business investment is the primary determinant of its ability to fund quality public transit. This arrangement gives capitalists structural leverage over cities and their working-class inhabitants, and they can use this that leverage to wrest pro-corporate policies from municipal and state administrations – policies that often result in urban gentrification and displacement.

But there’s nothing inevitable about this situation. If federal funds raised from progressive income, corporate, and capital-gains taxes were distributed to all cities regardless of their ability to court and appease capital – based, for example, on population – cities would be in a stronger position to fend off the kind of pro-capitalist, pro-gentrification local politics that spring up in the absence of secure public funding streams.

The lesson is that achieving equality for people with disabilities means combating the hypercompetitive, sink-or-swim, profit-driven economic system that governs the life of our cities. It means building a world where resources are distributed according to social needs, not capitalist prerogatives. In other words, it means socialism. •

Meagan Day is a staff writer at Jacobin.