The Neoliberal Danger of Basic Income

The Ontario Coalition Against Poverty (OCAP) has drawn up the following statement on basic income (BI). It makes the case that, progressive hopes to the contrary notwithstanding, BI is being developed as a measure of neoliberal attack that should be opposed. We invite progressive organizations and individuals who hold positions in agencies and academic institutions, who agree with our arguments, to sign onto the statement. We hope that it will raise a voice of opposition and help develop information sharing and forms of co-operation among those, internationally, who reject the notion that basic income represents any kind of realistic response to the neoliberal attack.

Endorsements and other responses can be directed to OCAP at ocap@tao.ca.

We, the undersigned, are convinced that the emerging model of basic income, reflected in pilot projects and other initiatives in a number of countries and jurisdictions, is one that would intensify the neoliberal agenda. The hope that there is any realistic chance of ensuring a truly adequate, universal payment, that isn’t financed by undermining other vital elements of social provision, is misplaced in our view. 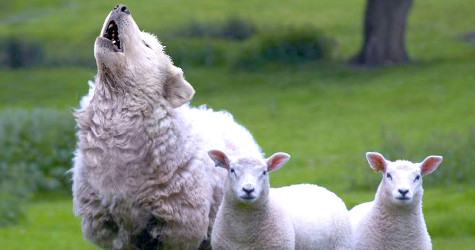 We are far from wanting to suggest that existing systems of income support are anywhere close to adequate. They provide precarious sub-poverty income under conditions that are marked by intrusive regulations and forms of moral policing. Moreover, decades of neoliberal austerity have made these systems considerably worse.

However wretched and inadequate present systems may be, the assumption that basic income must or even could be an improvement on the status quo has to be tested by considering a number of factors. Historically, income support has been provided because those in political power concluded that outright abandonment of those not in the workforce would create unacceptably high levels of unrest and social dislocation. In the far from dead tradition of the English Poor Laws, income support has been provided at levels that were low enough to maintain a supply of the worst paid workers, in forms that were as punitive and degrading as possible. Again, the neoliberal years have seen these features intensified in what we must concede has been a highly effective drive to create a climate of desperation and a plentiful supply of low paid and precarious workers.

If austerity driven governments and institutions of global capitalism are today looking favourably at basic income, it’s not because they want to move toward greater equality, reverse the neoliberal impact and enhance workers’ bargaining power. They realize that a regressive model of basic income can be put in place that provides an inadequate, means tested payment to the poorest people outside of the workforce but that is primarily directed to the lowest paid workers. This would be, in effect, a subsidy to employers, paid for out of the tax revenues and it would be financed by cuts to broader public services. Such a model would lend itself to disregarding the particular needs of disabled people and, as a “citizen’s income,” could readily be denied to many immigrants, especially those left undocumented. Under such a system, you would shop through the rubble of the social infrastructure with your meagre basic income. The kind of pilot projects and other initiatives that are emerging offer severe warnings in this regard (we include some links at the bottom of this article that provide information on several of these).

However, some suggest that while regressive models could be developed and may pose a danger, a progressive and even “emancipatory” form of basic income is possible and realistic as a goal. Often, this is linked to the idea of preparing for a “workless future” in which vast numbers of technologically displaced workers can be provided for. The notion is that a universal payment would be provided unconditionally and that it would be adequate enough so that paid work, if it were an option, would be a matter of choice rather than necessity. While there are a few who suggest this could be won through large scale social action, advocates for a progressive basic income more often seem to assume that capitalist support and acceptance by the state can be won by way of a vigorous lobbying effort.

In our view, a truly adequate and redistributive, let aside transformative, basic income is not possible within the confines of the current economic system. Firstly, the present balance of forces in society, after decades of neoliberalism, does not lend itself to the conclusion that a sweeping measure of social reform, that would reverse this whole agenda, is immediately likely. Beyond this, however, an income support system that removed economic coercion in a way that progressive basic income advocates suggest, would be more than turning back the neoliberal tide. It would actually mean that the state was providing the working class with an unlimited strike fund. It would undermine the very basis for the capitalist job market. It would constitute social transformation, a revolutionary change that is, to say the least, beyond the capacity of any possible social policy enactment.

If basic income as emancipation is not possible, it can only too easily take form as neoliberal intensification. Yet, sadly, progressive advocates end up offering legitimacy to that regressive alternative but placing hopes in musings about basic income by Silicon Valley billionaires or by presenting cynical pilot projects, set up by austerity driven governments, as flawed but important first steps. However much they wish otherwise, the sow’s ear will not become a silk purse.

“We must fight for free, expanded and accessible public services. We must win decent wages and workers’ rights.”

If faith in a progressive basic income is misplaced, we wish we could offer a shining and readily attainable alternative but this is not possible. We are largely fighting a defensive struggle against a virulent agenda to undermine social provision and increase the rate of exploitation. We can only offer the hard slog of building stronger inclusive movements of social resistance, rejuvenating unions and building a working class political challenge to neoliberalism. As we do this, we must fight for free, expanded and accessible public services. We must win decent wages and workers’ rights. We must struggle for income support systems that are based on adequacy, full entitlement and that are purged of intrusive rules and moral policing. We must infuse all of these movements and struggles with a sense of a very different kind of society from the capitalist one we are fighting. This doesn’t have the glitter of the dream of a progressive basic income but it does accept the reality that there is no social policy way around neoliberalism or a long and hard fight against it. The progressive welcome mat for basic income is a very big mistake. •