Two weeks ago, the good folks of Toronto, Ontario learned that their elected officials at City Hall are considering selling off the Toronto Parking Authority – which operates dozens of municipal parking lots as well as on-street parking.[1] It’s a big, stupid idea that indicates our “city fathers” apparently don’t read, but also that they can’t see through the latest scam being sold by some corporate lobbyist. It’s as though the Innocents in Toronto City Hall have never heard of the parking meter scandal that ate Chicago and has become an unmitigated disaster – even though more press has likely been given to that fiasco than to any other public-private partnership (P3) undertaken in recent U.S. history. 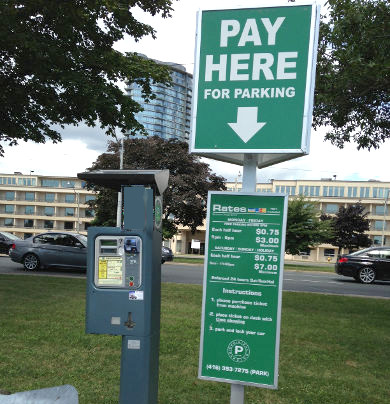 To recap: in 2008, Chicago’s then-Mayor Richard Daley convinced city aldermen to approve a 75-year lease by which the city’s 36,000 parking meters were handed over to a private consortium led by Wall Street titan Morgan Stanley. In exchange, Chicago got a one-time payment of $1.2-billion.

Within a short time, it became clear that this was a bad deal, with parking meter rates suddenly increasing fourfold, and free parking in the evenings jettisoned by the new private owners. Obviously, Chicago’s residents, accustomed to street parking, were forced to find other arrangements, while Chicago’s retail and entertainment sectors were hit badly by the new rates, which caused a marked “decrease in economic activity.”[2]

But the city’s taxpayers were hit even harder. According the The Atlantic, “An inspector general’s report found that the deal was worth at least $974-million more than the city had gotten for it. Not only would the city never have a chance to recoup that money or reap new meter revenue for three-quarters of a century, clauses buried in the contract required it to reimburse the company for lost meter revenue.”[3]

Not only did the city of Chicago give up billions of dollars in revenue when it signed the 75-year lease, the contract was also “the gift that keeps on giving” to Morgan Stanley and friends. Buried in the contact was a clause (called Adverse Action rights) that means “any action that prevented parking at the meters – for example, when a sewer was repaired or a street fair was held – would require the public to reimburse the contractor for its lost parking meter revenue.”[4] Parades, festivals, even routine road maintenance cause financial penalties for the city under the contract, amounting to millions of dollars.

As one writer put it, “anything that promoted less driving” would cost the city money.[6]

Chicago privatized its parking meters because of budget troubles. But according to Ellen Dannin at Truthout:

“privatization has made basic city maintenance more expensive… Before signing the Parking Meter contract, Chicago’s budget for sewer and water main repairs did not include the additional costs of paying Adverse Action claims. Now AA compensation must be added to the cost of repairs. That means less money is available, including less money to make repairs. That budget pinch may force the city to defer maintenance and repairs, to defer repairs or replacements past the useful life of the current infrastructure, or to take other cost-saving measures that are not optimal.”[7]

As well, other clauses in the contract mean Chicago “won’t be able to make, for 75 years, fundamental economic development, land use or environmental policy decisions – anything that would affect the revenue of the parking company.”[8]

Apparently, Chicago’s city aldermen were given a mere two days to review the 686-page parking meter contract. As well, there were no public hearings on the deal. Now Chicago has become a case-study on just how badly the public can be screwed by privatization of its municipal assets.

The fact that Toronto City Hall is even considering its own parking meter deal – despite the evidence in Chicago – conjures up P.T. Barnum’s observation that “there’s a sucker born every minute.” Just why we keep electing them is another matter. •

Joyce Nelson is an award-winning freelance writer/researcher. Her sixth book is Beyond Banksters: Resisting the New Feudalism. She can be reached through www.joycenelson.ca.