Reorienting value generated within ‘global poverty chains’ is essential to improve the lives of an impoverished world labour force.

Contemporary global capitalism is characterized by extreme wealth concentration and a rapidly expanding and largely impoverished global labour force. Mainstream institutions such as the World Bank and International Labour Organization encourage integration into global value chains as a development strategy that, they claim, will reduce poverty. In reality, employment within these chains generates new forms of worker poverty and contributes to global wealth concentration. That is why they should be labelled global poverty chains. 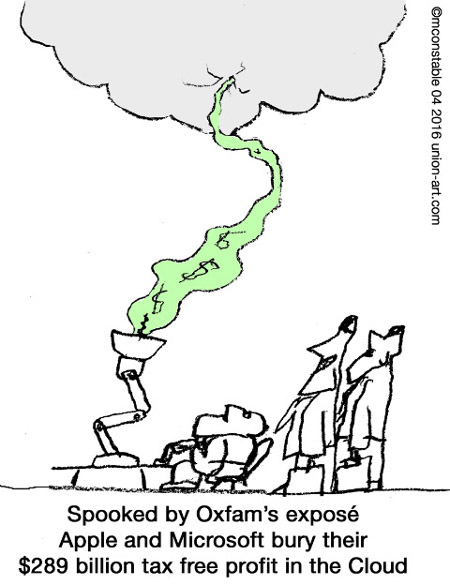 Very large numbers, perhaps the majority, of the world’s labour force is poor. In 2010 there were approximately 942 million working poor (almost 1 in 3 workers globally living on under $2 [U.S.] a day). However, these figures are a significant underestimate.

People who live above these poverty lines are held to be not poor. These poverty lines reflect the international equivalent of what $1 or $2 could have purchased in 1985 in the United States. Whilst the poverty lines have been updated since then, their purchasing powers hover around these symbolic figures. A moment’s reflection suggests that $1 or $2 a day in the U.S. in 1985 could buy hardly anything. Quite obviously higher poverty lines are necessary. The problem for the World Bank is that depending on where they are set, they would show that much greater numbers of the world’s population live in poverty. And that reality contradicts the neoliberal celebration of global capitalism.

The World Bank’s poverty lines are uni-dimensional: they are only concerned with the costs of consumption (the meaning of purchasing power parity). They take no account of other, multidimensional, forms of poverty, such as back-breaking labour and unsafe living conditions. While hundreds of millions of workers across the global south earn more than $1, $2 or $5 PPP a day, these wages do not cover their subsistence costs. In order to survive they have to work many additional hours, with negative consequences for their health. But according to the World Bank these workers are not poor.

So where do global value chains, or what more accurately should be called global poverty chains, enter this equation?

Since the 1980s, increasing numbers of corporations have trans-nationalized – by operating across borders. They are often headquartered in the global north while components are produced, assembled and sourced from across the global south. Northern corporations preside over systems of production and exchange based upon increasingly intense intra-supplier competition. In this way labour costs are reduced in at least three ways: 1) through outsourcing production from relatively expensive northern labour markets to relatively cheap southern labour markets, 2) by exerting downward cost pressures throughout the chain – where supplier firms are pushed to undercut each other in order to receive or keep their contracts, and 3) by using these pressures to intimidate northern workers to accept pay cuts, or lose their jobs off-shore. Supplier firms respond to these overbearing pressures rationally – by slashing wage costs.

Under these conditions of intense intra-supplier competition and worker exploitation, trans-national corporations are able to capture the lion’s share of the value created within these chains It is not surprising, then, that employment for supplier firms in global supply chains is often predicated upon, and contributes to, the reproduction of mass poverty.

A well-known example of this dynamic – of corporate value-capture and worker impoverishment – is Apple’s supply chain. Its profit for the iPhone in 2010 constituted over 58 per cent of the device’s final sale price, while Chinese worker’s share was only 1.8 per cent. In 2010, Foxconn, one of Apple’s principal Asian suppliers, employed around 500,000 workers in its factories in Shenzhen and Chengdu. It rose to infamy that year following reports of 18 attempted suicides by workers, 14 of which were fatal. Foxconn employs a military-style labour-regime. At the start of the day managers ask workers “How are you?” and staff must reply “Good! Very good! Very, very good!” After that they must work in silence, monitored by managers and with strict limits on toilet breaks. Pay is very low, and overtime is often the only way that workers can earn enough to live on.

A similar dynamic operates in the global garment industry where approximately 30 million workers are employed. There are regular media reports about abusive working conditions in these industries, ranging from extremely low pay, to child labour and forced labour. Most horrifically, in Bangladesh in April 2013 1,113 garment workers were killed and 2,500 injured following the collapse of Rana Plaza, an 8 story building in which textile factories operated. In his overview of the apparel sector across 17 countries John Pickles documents how, from the mid-2000s onwards, “wage levels were driven below subsistence costs.” In India, Bangladesh and Cambodia, for example, basic wages as a percentage of living wages are 26%, 19% and 21% respectively.

In Cambodia’s garment industry conditions are so harsh that workers regularly faint at work as a consequence of the intensity of the labour required of them. Overtime is a necessity as regular wages are insufficient to meet their daily needs. While the government limits overtime to 2 hours per day, this is not legally enforced and the economic pressures upon workers to exceed these hours are intense. Most workers in the large Cambodian textile factories work between 3 and 5 hours overtime a day.

The ‘choice’ facing workers in many of these burgeoning industries is to engage in very high volumes of health-damaging work in order to earn a subsistence, or live in very deep poverty.

Lead firm’s capture the lion’s share of value generated within global poverty chains because workers in these chains are ruthlessly exploited. Wealth concentration and mass poverty are two sides of the same coin of global capitalist development. A more equitable share of the value generated throughout these chains could contribute significantly to the genuine amelioration of these workers conditions and a reduction in the number of the world’s working poor. But it would also threaten, and potentially undermine lead firm power and reduce profits. This is the trade-off that global policymakers and business must address if we are to rethink the global labour market and new ways of sharing prosperity more equitably are to be found. •