Progressives, Neoliberalism, and Austerity: Beyond the Polanyian Impasse

It is now sometimes hard to remember – and for the generation that is now in college and wasn’t necessarily reading the opinion pages at the time, it may seem nothing short of perverse – but there was a period following the onset of the crisis when progressive commentary on economic and financial life was pervaded by intense optimism about the future. As overleveraged financial structures crumbled, progressive intelligentsia rang the death knell for the neoliberal principles that were so obviously responsible for the problems. At the height of the crisis in September 2008, the excitement about the ‘return of the state’ was palpable. That the bailouts had some morally problematic aspects did of course not go unnoticed, but those were nonetheless seen as secondary in importance to the basic lesson they taught – that the capitalist economy does not regulate itself and needs the state. The future seemed to belong to public regulation and Keynesian intervention. 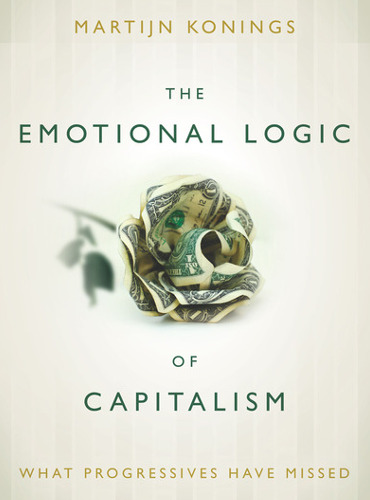 In the social sciences, such reasoning has become closely associated with the revival of the work of Karl Polanyi. The key concept here is that of the “double movement,” which sees history as evolving in cycles: periodic “disembedding” movements, when the speculative and individualizing logic of the market becomes unmoored from its social and political foundations, will be followed by “re-embedding” movements, when society regroups and once again subordinates markets to the public good. This model sees financial crises as powerful reminders of the inability of markets to regulate themselves, and accordingly takes them as political turning-points. The influence of this model of capitalist development has been significant throughout the neoliberal era, but has grown dramatically since the financial crisis, with some of the most prominent public intellectuals embracing it. Indeed, anyone who has misgivings about the role of markets and financial institutions in contemporary life and consults the social science literature for some deeper insight will soon encounter the name of Karl Polanyi.

The schema of the double movement has turned out to be just about the poorest guide to the post-crisis development of capitalism that we could have had. Instead of a break with the politics of financial expansion and hands-off regulation, what we got was a neoliberalism recharged. Not only have left-wing progressive reform agendas faltered almost everywhere, the past years have in fact seen a dramatic turn to austerity. In order to make sense of this state of affairs, progressive intellectuals have turned to the idea of regulatory or cognitive capture: it is the iron-fisted hold of financial elites on regulatory institutions and the mindsets of policymakers that has prevented the re-embedding movement from materializing. But of course the disproportionate influence of elites on public policy is hardly a new phenomenon and is in many ways more symptom than cause. What needs explaining is precisely how the privileges of the financial sector have survived amidst widespread concerns about its legitimacy and intense hostility toward bankers. We are currently seeing the bizarre emergence of an academic growth sector devoted to explaining the failure of social reality to conform itself to social scientists’ fantasies of a re-embedding movement – a curious imitation of the financial sector’s own ability to profit from failure.

These kinds of post-crisis debates have been unable to come to terms with the considerable popular appeal and democratic legitimacy of neoliberalism. This has been most visible in the United States, where the Tea Party movement played a crucial role in bringing austerity to the top of the political agenda. The movement originated in the widespread concern that the American government had become heavily involved in the picking of economic winners, and its central aim is to restore an America founded on republican values, where the undeserving were not pampered with bailouts. This phenomenon of ‘neoliberal populism’ manifests something that progressive commentators have profound difficulty relating to: the moral force of the orthodox image of the market and the ethical appeal of austerity as a means of purifying capitalist institutions. The disembedding metaphor underlines this disconnect: it sets far too much store by the claims of the ‘dismal science’ as a guide to actually existing capitalism and places far too much emphasis on the morally corrosive aspects of the market.

The issue here isn’t just of academic interest: the growing stature of Polanyi’s work among social scientists reflects the more general tendency among progressive intellectuals to adopt as serious explanation what is little more than journalistic opinionating and left-of-center moralizing. In keeping with this style of political commentary, progressive commentators have gone out of their way to downplay the significance of neoliberal populism, dismissing it as irrational sentiment manufactured and manipulated by conservative elites. More generally, to the extent that progressive intellectuals have engaged with the ethical charge of neoliberal capitalism, they have tended to focus on its paradoxical alliance with (neo)conservatism and the religious right. In this interpretation, private enrichment has been legitimated through appeals to conservative values, and large sections of the American public have been curiously unable to see through this hypocrisy. At the limit, this gives rise to the kind of despair at the people’s irrationality that is expressed in the title of Thomas Frank’s book What’s the matter with Kansas?.

To understand the attachment to neoliberalism as a kind of cognitive impairment is hardly a promising starting point for engaging it in a serious way. As a result, the left-wing debate on austerity has remained superficial, revolving around the notion that it represents nothing but an ideological program imposed on populations from above and remaining largely silent on the question of how austerity discourses have been able to gain such traction in democratic polities. The democratic character of our political systems is of course compromised in myriad ways, but – at least in a Western context – neoliberalism does not operate in a way that is primarily authoritarian. Its distinctive strength is its ability to lure us into organizing our own oppression. Framed in psychological terms, progressive perspectives on austerity ‘externalize’ the problem, attributing problems to the nefarious
machinations of scheming elites in order to disavow our own connection to it. The result is a critique of austerity that is moralistic, depicting it as a wrong policy or cognitive mistake without meaningful social or psychological roots.

That the capture concept is a neoliberal invention – it was pioneered by George Stigler, a founding member of the Mont Pelerin society – should alert us to a blind spot in the progressive critique of neoliberal capitalism. The neoliberal project is itself already fundamentally a critique of the ways in which public institutions have been captured by special interests. It looks to austerity as a means to restore an authentic republican ethos, a self-reliance that is not cynically utilitarian but responsible and accountable, capable of serving as the backbone of political community. And here it is precisely the progressive-liberal character that is seen as the principal obstacle: it features as the embodiment of moral corruption, as elitist, condescending do-goodery that facilitates lazy, hedonistic dependency. The progressive critique of neoliberalism, then, operates somewhat unreflexively in the slipstream of the neoliberal assault on progressivism.

“The progressive critique of neoliberalism, then, operates somewhat unreflexively in the slipstream of the neoliberal assault on progressivism.”

Of course, the neoliberal management of austerity has often been a highly technocratic and depoliticized affair. But what needs explaining is precisely how democratic publics have come to embrace such self-limitation. Similarly, it is true that only the U.S. has experienced a full-fledged movement of neoliberal populism. But the turn to austerity policies in the post-crisis Eurozone could never have been effective had it not been for the remarkable speed with which the focus of at least Western European public opinion was redirected from almost visceral disgust with financial elites to a general acceptance of key tenets of austerity policy – that budgets need balancing and debts need to be paid. Explaining the power of austerity therefore requires an ability to critically penetrate an economic imaginary that enjoys considerable ethical appeal and democratic traction. The Polanyian preoccupation with the idea that there exist inherent social and political limits to the expansion of market logics, and its reliance on conspiratorial explanations for why those limits are not being enforced, are really just distractions from the real question of why we are so invested in the logic of neoliberal capitalism.

It is reflective of the malaise of present-day progressivism that it can only understand formulations such as the latter as encouraging a retreat from political action. In practice, it is of course precisely the advocacy of policy change that is associated with a dismissive attitude toward the spate of critical energies that have flourished since the crisis, counselling cautious accommodation to austerity politics no matter how minute and short-lived the discounts on offer. That ethos serves to demobilize rather than energize resistance, and a meaningful critical engagement of neoliberal capitalism is premised on a break with a distinctly progressive-liberal way of thinking about economic life that is epitomized by the prominence of Polanyi’s ideas. •