As against those on the international left so keen to put the boot in against the Syriza government with the charge that they had abjectly capitulated already with the plan passed in the Greek parliament, it is instructive to read this document from the German finance ministry. 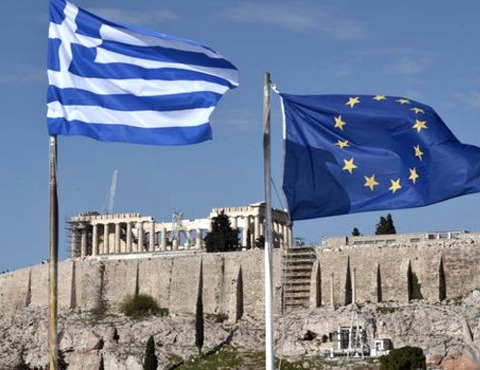 Syriza’s unique capacity on the international left to build the type of party capable of both mobilizing against neoliberalism and entering the state to try to actually do something about this has always hinged on the way it sought to find room for manoeuvre within a European Union which has neoliberalism in its DNA, going back all the way to the Treaty of Rome let alone the Economic and Monetary Union thirty years later. Anyone who at all seriously followed developments in Greece over the past five years should have known that the leadership of the party would only go as far as the Europeans would let it, and that the balance of power inside the party made the Left Platform faction’s strategy for Grexit an effective non-starter. Those on the revolutionary left who hoped that after Syriza’s election this leadership would get swept away by a massive popular upsurge for Grexit in face of the limits and contradictions of a Syriza government were, as usual, dreaming in technicolor.

Of course, the room for manoeuvre was much narrower than the leadership hoped, not least because of the incapacity of the left in Northern and Central Europe to shift the balance of forces in their own countries in even a minimal way. On the other hand, Syriza would never have been elected on the basis of a call for leaving the eurozone, nor would it have won the recent referendum. Those in and out of the party who have always called for an immediate Grexit never were persuasive on the necessary political conditions for this. Given the limits imposed by the unfavourable international balance of forces, those of us who argued that the room for manoeuvre inside the EU was a lot narrower than the Syriza leadership hoped, and therefore favoured connecting a socialist strategy to Grexit – and always made this view clear to our Syriza comrades – could not, however, help but be sympathetic to the dilemmas they faced. Not to have been would have been churlish beyond measure, especially given the socialist left’s own political weakness in our own countries.

This remains true today. Despite how they have already been traduced by some on the radical left, the disciplinarians of neoliberalism made it clear yesterday that they believed that Syriza was not a typical social democratic party which could be trusted to accommodate to neoliberalism. Indeed, they clearly see that Syriza is a left party with socialism in its DNA, and one that whatever the constraints of staying within the EU, will continue to challenge European and global capitalism.

The exact content of the agreement that has now been struck between Syriza and the EU leaders will be examined in future Bullets in the coming days, and the reaction of the party and those who supported it in the referendum will be assessed. We hope Syriza can stay united as the most effective new socialist political formation on the European left that has emerged in recent decades. The role of a responsible international left is to support this, while continuing to point out the party’s weaknesses in terms of lacking the capacity to build on the solidarity networks so as to create alternative economic plans at local and regional levels that would put people to work in transformed social relations. This is what really matters, and it would be no less crucial even with Grexit. The potential for this will also be addressed in forthcoming Bullets. Given our own weaknesses in this respect, considerable patience and modesty of the international left is called for as we watch this drama unfold. •