The essence of an unjust society is to continually demand and take from those with the least the little that they have to support their lives and life-goals and add it to the money-value hoards of those who have the power to restructure public life to serve their limitless appetites. So we see a recurrent pattern of struggle across history: those with the least power are forced to fight the hardest just to maintain what little they have. 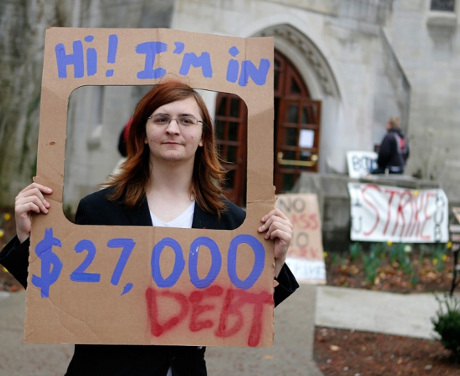 These two political and historical principles need to be kept in mind when thinking about the ongoing strikes by Teaching Assistants (TAs) at York University and the University of Toronto. At York, the major issues, according to a striker I have spoken with are:

“1) To Preserve the agreement they made with us linking tuition to funding for all members. This is “tuition indexation.” All we ask is that the university keep to this agreement as they did from 2000-2013. Since 2013, however, they have broken this agreement. We are not asking for anything more than for the university to keep its promise from 2000 and preserve education’s financial accessibility.

“2) Include LGBTQ equity language in our agreements. It is necessary that all members of both our union and academic community have their identities recognized by the university and feel secure and comfortable in their learning and working environment at York University.

“3) Gain a sufficient funding package for Master’s students (unit 3 generally) with which they can pay rent, not go hungry, and hopefully avoid debt.”

At the University of Toronto, the issues are similarly focussed on securing a living salary for graduate assistants trying to work and study in the most expensive city in the country.

To people outside the university, strikes by graduate students might seem absurd – are they not just there to study and pay their academic dues (so to speak) before they too join the ranks of overpaid blowhards expounding at great breadth and depth about nothing?

Alas, were that only so. The reality is that graduate students perform essential work without which the university could not function and students could not learn at the level they ought to demand from a university education. There could be no essays in large classes without TA’s to mark them, no tutorials to provide more intimate intellectual spaces for more intense discussion of fundamental problems, no labs for science students to hone their experimental skills, no time for faculty to research and make the profoundly important contributions to human understanding that faculty are capable of making.

So what these strikes really come down to is an opposition at the level of value systems. On the one hand, the administration’s opposition to the unions’ demands is rooted in the austerity agenda the Kathleen Wynne government has adopted. As Dave Bush and Doug Nesbitt explain: “Their approach has usually been different from the frontal assault of the Harris years. The Liberal government, especially under Wynne, has been adept at carrying out austerity by isolating potential struggles. Cuts and tough bargaining are directed against one sector of the public service, while others are temporarily left alone, to suffer under a slow strangulation of funds.” The agenda is justified by appeal to the combined effects on the Ontario economy of the 2008 recession and cuts to federal transfer payments. What is left unsaid, as Bush and Nesbitt note, is that “the Liberals have repeatedly cut the corporate tax rate, have written off $1.4-billion in owed corporate taxes, and wasted billions on privatized ‘P3’ hospital construction.”

They have also signalled repeatedly, in a series of documents which began with the Drummond Report, that funding for higher education is not going to rise faster than the inflation rate. The slated 1 per cent increases are in fact cuts if inflation is taken into account. Yet, university revenues continue to rise. How? By increasing tuition and ancillary fees for students. That is why tuition indexing is a major target for the York administration – it is a hard limit on how much money can be drained from students’ pockets to fund administrative goals – goals which, across the university system are increasingly determined by unaccountable senior executives coordinating with private business interests to turn the university into a node in a circuit of money-value production.

But of course, I am being alarmist. If we listen to the government’s own agency, the Higher Education Quality Assurance Council (HEQAC), there is only good news for students, educators, and the general public. HEQAC was created by the provincial government with the ostensible task of studying the state of higher education in the province and to make policy recommendations with regard to how to improve “quality.” Yet, if one examines the various documents released over the past three years, one factor becomes evident – the council never defines quality in other than quantitive terms decided by labour markets and economic growth. Its most recent report concludes that:

“Educational institutions … ensure a vibrant and robust quality of life and economy. In every province there’s a positive link between postsecondary education and labour market success, individual earnings, citizen engagement and contributions to the economy.” (p.3)

Note that every metric save the vague term “citizen engagement” links quality of individual life to service to the economy.

This reduction of educational quality to money quantity matters to the present struggle. If education is really about job training, and people are eventually getting jobs, then the educational system is working. No matter that students are graduating with ever larger debts, those who find work are able to pay them down to reasonable levels after three years. In Ontario, the average debt three years after graduation is “only” $8800, according to the report (p.15).

What is not asked by the report is why students in one of the richest parts of the world should graduate with any debt at all. In Nova Scotia, the administration, faculty union and students’ union at Cape Breton University are currently discussing ways to effectively lobby the government to eliminate tuition fees. This alternative is unthinkable to the provincial body selected to monitor the quality of Ontario’s universities, because – and this claim can be verified by reading their reports – their conclusions never contradict whatever policy for higher education the government is telegraphing. 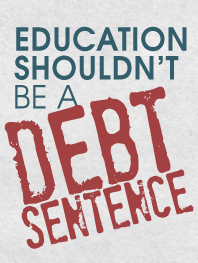 Whatever the details of that policy, one fact about it is clear and explains why thousands of graduate assistants are on strike: the universities of Ontario will be made to fund more and more of their operations on the backs of student fees. Therefore, increases to TA salaries and reductions of tuition will have to be funded by cuts elsewhere in the budget. Since TA’s are the least powerful group in the academic hierarchy, every effort will be made to split their ranks, set them against students, contract academic staff, and regular faculty.

These are not easy times to be on strike. These are not easy times to build the sort of militant, broad-based solidarity needed to make victory more likely. Nevertheless, these are important times for worker-students to be on strike in the university system because worker-students are crucial to the future direction of the institutions. Will universities continue to be not only accessible, but truly educational institutions? By “educational institutions” I mean institutions whose fundamental guiding purpose is the cultivation of intellect and imagination, in all the fields in which human beings are capable of exercising intellect and imagination, for the sake of exposing lacunae, contradictions, and unjustified limitations in existing social, political and scientific institutions, and putting the superior understanding cultivated to work improving the lives and life-conditions of everyone, now and into the open ended future.

Hence, the public significance of the strikes, the core issue that no one in the province can afford to ignore, concerns the future of public university education. Will collectively produced wealth be used to enable students to work and learn free from the burden of wondering how to pay the rent, or will it be siphoned of by tax cuts, leaving students to pay a higher bill for access to institutions whose priorities are less and less determined by academics and students and more by unaccountable owners of money-value wealth? •

Jeff Noonan is a Professor of Philosophy at the University of Windsor, in Windsor, Canada. His major publications focus on human nature, the social and political implications of human identity and difference, the normative foundations of democratic society, the ethical foundations of socialism, and the principles of materialist ethics. He maintains a blog at www.jeffnoonan.org where this article first appeared.