In these straitened times, the idea of a basic income, granted unconditionally to every citizen, from cradle to grave, feels utopian. How on earth could it be paid for, we wonder. Wouldn’t everyone just stop working? Where would we be then? 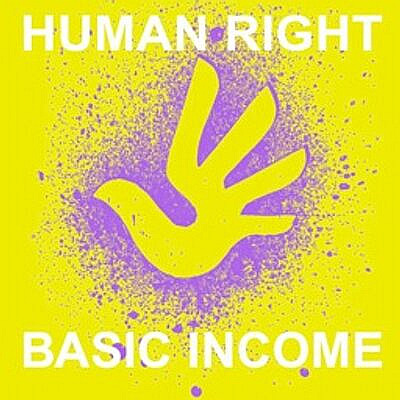 I first came across it, in the optimistic late 1960s, in a form that materialized in the so-called ‘fifth demand’ of the Women’s Liberation movement (formulated in 1971) that called for ‘financial and legal independence’ for all women. This had an enormous appeal: not only is it degrading for anyone to have to beg or manipulate someone else for their means of subsistence, and materially damaging to that person if the money is not forthcoming; it also destroys the character of human relationships if they are embedded in relations of dependency. Unequal power relations like those between a husband and a dependent wife, parents and dependent teenagers, able-bodied providers and their disabled dependents can lead to a festering mess of guilt, gratitude and unexpressed anger. The results can range from dishonesty and depression to emotional and physical abuse. In a money-based society, an independent source of income is a pre-condition for human dignity.

Before going any further I should declare my personal position on this question. I have written intermittently about the idea of a basic minimum income since the 1990s, and would class myself as broadly in favour of the principle, though with some important reservations. In the 1990s I wrote a report1 on the subject for the Citizen’s Income Trust (CIT), the UK affiliate of the Basic Income Earth Network (BIEN), but then backed away from it for a while, for reasons that I will spell out later (under ‘risks’). Since then I have come back to the idea and am now (albeit not as active as I should be, and with some reservations I will come on to) a trustee of CIT. But I am writing here in a personal capacity and my opinions do not necessarily reflect the CIT’s position.

Keeping Body and Soul Together

What I have written below is based on the assumption that a benefit would be paid unconditionally to all citizens, regardless of age, replacing most existing welfare benefits but also the personal tax allowance (at present, the first £10,000 of income for each person is disregarded for income tax, providing a ‘benefit’ of £2,000 per person in tax not paid at 20%). Whilst each person would receive the benefit, therefore, they would also pay tax on all income. The level of the benefit, the rate of tax, and the degree to which that tax is graduated would of course be political decisions and I am not going to make detailed proposals here. But my assumption is that the level of benefit would be enough to keep body and soul together and take care of basic needs but not more.

Although, in my opinion, it would bring huge benefits, an unconditional citizen’s income is not a magic solution to all political, social and economic problems. I believe that it could be one ingredient in the development of a kind of welfare state that is deserving of the name. However it is only one ingredient among several. In particular, it would have to be combined with:

This article first appeared at ursulahuws.wordpress.com.

Ursula Huws is Professor of Labour and Globalisation at the University of Hertfordshire, UK, and the director of the social and economic research consultancy Analytica. She is the author of Labour in Contemporary Capitalism: What Next?, and maintains a blog at ursulahuws.wordpress.com.