The War Against the Islamic State

Stephen Harper finally got his war in Iraq, something he demanded while in opposition when Bush’s ill-fated “coalition of the willing” was inveigled by the U.S. to bomb, invade and occupy Iraq, all contrary to international law. Harper’s war in Iraq will be a rather sad and inglorious affair, hardly up to the excesses of his war-mongering rhetoric. Only six CF 18 jet fighters have gone to join the new crusade. The number of sorties to be flown is uncertain since these rather rusty fighters are not always reliably air worthy. The jets join the latest American imperialist military adventure, carrying out bombing runs against Islamic State (IS) forces in Iraq. The catastrophic wreckage of the Middle East continues, now with Canada’s help. The U.S. and its allies will continue to destroy the Middle East in order to save it. 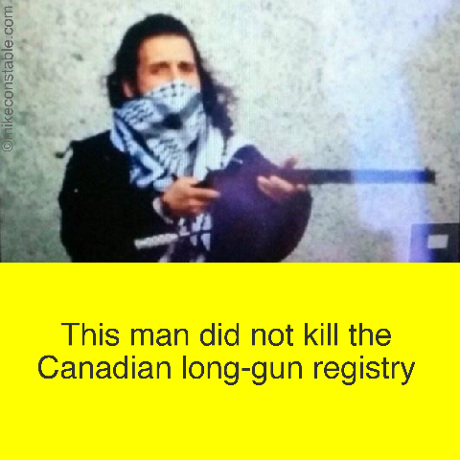 But, we are assured, this is not just to save the Middle East, but also to save “our way of life” and our “values” from this latest chapter in the terrorist rampage. To believe the prime minister we are all in imminent danger from IS which has influenced as many as 80 to 100 “home-grown” terrorists to carry out violent acts against us here in Canada. In recent days there were two such attacks. In Saint-Jean-Sur-Richelieu, Quebec Martin Couture-Rouleau ran down two members of Canada’s military, killing Warrant Officer Patrice Vincent and injuring his comrade. In Ottawa Michael Zehaf-Bibeau shot and killed Corporal Nathan Cirillo, the soldier on ceremonial guard duty at the National War Memorial. Both assassins converted to Islam and became “radicalized.” They responded to the IS social media call for supporters in countries participating in the war against IS to commit violent acts to support the cause. Both men had wanted to travel to join IS, but that mad fantasy was blocked when their passports were revoked. We will never know their full stories, since both were shot and killed.

Harper Has a Plan

Just how bombing runs by our jets against IS in Iraq will protect us here from insane acts by unbalanced individuals is not very clear. But Harper has a plan, besides whipping up hysteria and fear to help his re-election. He wants to further curtail civil liberties and constitutional protections defending citizens against abuses of state power. He wants to give our secret police more powers. If he could get away with it, he would doubtless propose a new category of “thought crimes” to be used against those toying with, perhaps even thinking or reading about, ideas considered to be “terrorist” or even “soft on terrorism” or, heaven forbid, “sociological on terrorism.” But don’t expect Harper to do the obvious, like re-introduce and strengthen the gun control law he trashed.

Thirty-five years ago U.S. President Jimmy Carter announced a foreign policy doctrine declaring the Middle East a vital interest of the U.S., unilaterally making the region a sphere of influence subject to U.S. policies to protect its energy and geopolitical military security. When an Empire makes such a declaration it means it can and will do anything considered necessary to secure its policy objectives, regardless of international law or convention. The U.S. has been at war in the region more or less continuously ever since. Many have been proxy wars where the U.S. encourages, funds, and supplies one side against another (Israel against the Palestinians; Iraq against Iran; Osama bin Laden against the Russians in Afghanistan). More recently the U.S. had to put boots on the ground to achieve its objectives (the Gulf wars; the invasion, occupation and regime changes in Iraq and Afghanistan). Some of these boots were Canadian. These wars failed to achieve their objectives. The escalation in the destruction and death, at each stage, made the U.S. and its allies less and less secure. The riveting fact is we are all less secure because of America’s failed military adventures in the Middle East. Iraq and Afghanistan have been pulverized into rubble, and thousands have been slaughtered. The only clear outcome is we are deeply hated among the population of the entire region.

The American Empire is in decline, lashing out more and more desperately to cling to the mantle of number one super power in the world. The U.S. views itself as the greatest and most advanced civilization in history. U.S. values and systems of law and government should be emulated around the world. The U.S. judges all societies against this gold standard, and if they are found wanting, and in any way are seen as a threat or impediment to the advance of American interests, they suffer the consequences from trade boycotts, to interference in internal politics (including the targeted assassination of troublesome political leaders), to, when necessary, military conquest and occupation. On key world issues, what the U.S. says goes. At least it used to be so. But no longer.

That is the danger. Canada has tied its star to a declining Empire, never more clearly than during the Harper years. Do we, as a nation, want to be pulled into this downward spiral, fully supporting each American act of military desperation? Do we want to join the U.S. as the most hated (and feared) nation in the Middle East, and wherever else we follow the U.S. in its decline?

The IS war is a big mess and it is hard to find a clear principled place on which to stand on the issue. What we have here is a confrontation between the “techno-barbarism” of the U.S. and its allies and the “medieval barbarism” of IS.

The Bar of History

In 50 or 100 years, when we appear before the bar of history, what will be the judgment? There is no doubt about the IS and its medieval barbarism. IS will appear before the bar dripping with the blood and gore of thousands of innocents they have brutally slaughtered without remorse – those with the wrong religion, the wrong ethnicity… or those from afar who have come to lend a helping hand. The guilt of IS will be clear. They have left ample evidence of their actions which they gloatingly spread over social media to taunt the U.S. and its allies. And the U.S. and its allies responded just exactly as IS hoped – each bomb dropped and each drone strike means deeper hatred for the West and more recruits for IS.

What about the techno-barbarism of the U.S. and its allies? According to a recent study of U.S. drone use in Pakistan, on the average for every one enemy combatant killed in a drone strike, 49 civilians are also killed. U.S. drones typically engage in “double-tap” strikes, firing one missile, waiting, and firing a second when rescuers scramble to extract victims from the rubble. We know from past wars that bombing runs cause high collateral damage among the innocent.

The IS thugs will appear before the bar dripping with blood. Those who ordered and launched the bombing runs and drone strikes will appear in stylish business attire, or well-pressed military uniforms. Not a drop of blood will be in sight. But evidence of the carnage is on the historical record.

What will history’s judgment be? Which way will the scale of barbarism tilt? Will it tilt at all?

I, for one, am with Chrétien on the position we should take on the war against IS. No military action. Withdraw from the alliance with the Americans. Bring home the jets and park them. Then send vast amounts of humanitarian aid to feed the starving, tend the wounded, and console the grieving. •