Statements of Solidarity with the Palestinian People

We, Palestinians trapped inside the bloodied and besieged Gaza Strip, call on conscientious people all over the world, to act, protest, and intensify the boycotts, divestments and sanctions against Israel until it ends this murderous attack on our people and is held to account. 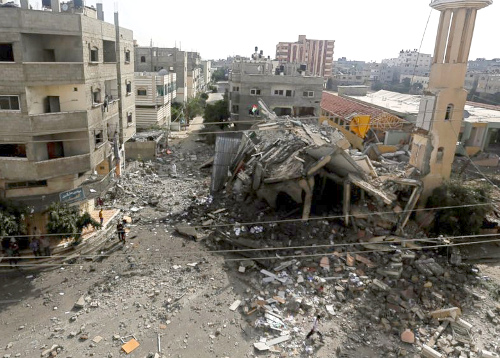 With the world turning their backs on us once again, for the last four days we have in Gaza been left to face massacre after massacre. As you read these words over 120 Palestinians are dead now, including 25 children. Over 1000 have been injured including countless horrifying injuries that will limit lives forever – more than two thirds of the injured are women and children. We know for a fact that many more will not make it through the next day. Which of us will be next, as we lie awake from the sound of the carnage in our beds tonight? Will we be the next photo left in an unrecognizable state from Israel’s state of the art flesh tearing, limb stripping machinery of destruction?

We call for a final end to the crimes and oppression against us. We call for:

Without pressure and isolation, the Israeli regime has proven time and time again that it will continue such massacres as we see around us now, and continue the decades of systematic ethnic cleansing, military occupation and apartheid policies.

We are writing this on Saturday night (July 12), again paralyzed in our homes as the bombs fall on us in Gaza. Who knows when the current attacks will end? For anyone over seven years old, permanently etched on our minds are the rivers of blood that ran through the Gaza streets when for over 3 weeks in 2009 over 1400 Palestinians were killed including over 330 children. White phosphorous and other chemical weapons were used in civilian areas and contaminating our land with a rise in cancers as a result. More recently 180 more were killed in the week-long attacks in late November 2012.

This time what? 200, 500, 5000? We ask: how many of our lives are dispensable enough until the world takes action? How much of our blood is sufficient? Before the Israeli bombings, a member of the Israeli Knesset Ayelet Shaked of the far-right Jewish Home party called for genocide of the Palestinian people. “They should go, as should the physical homes in which they raised the snakes,” she said. “Otherwise, more little snakes will be raised there.” Right now nothing is beyond the murderous nature of the Israeli State, for we, a population that is mostly children, are all mere snakes to them.

As Omar Ghraib said in Gaza, “It was heart shattering to see the pictures of little boys and girls viciously killed. Also how an elderly woman was killed while she was having her iftar at Maghreb prayer by bombing her house. She died holding the spoon in her hand, an image that will need a lot of time to leave my head.”

Entire houses are being targeted and entire families are being murdered. Early Thursday morning the entire Al-Hajj family was wiped out – the father Mahmoud, mother Bassema and five children. No warning, a family targeted and removed from life. Thursday night, the same again, no warning, 5 more dead including four from the Ghannam family, a woman and a seven year old child amongst them.

On Tuesday morning the Kaware family did get a phone call telling them their three-storey house would be bombed. The family began to leave when a water tank was struck, but then returned with members of the community, who all came to the house to stand with them, people from all over the neighbourhood. The Israeli jets bombed the building with a roof full of people, knowing full well it was full of civilians. 7 people died immediately including 5 children under 13 years old. 25 more were injured, and 8 year old Seraj Abed al-Aal, succumbed to his injuries later that evening. Perhaps the family was trying to appeal to the Israeli regime’s humanity, surely they wouldn’t bomb the roof full of people. But as we watch families being torn apart around us, it’s clear that Israel’s actions have nothing to do with humanity.

Other places hit include a clearly marked media vehicle killing the independent journalist Hamed Shehab, injuring 8 others, a hit on a Red Crescent rescue vehicle and attacks on hospitals which caused evacuations and more injuries.

This latest session of Israeli barbarity is placed firmly in the context of Israel’s inhuman seven-year blockade that has cut off the main life-line of goods and people coming in and out of Gaza, resulting in the severe medical and food shortages being reported by all our hospitals and clinics right now. Cement to rebuild the thousands of homes destroyed by Israeli attacks had been banned and many injured and ill people are still not being allowed to travel abroad to receive urgent medical treatment which has caused the deaths of over 600 sick patients.

As more news comes in, as Israeli leaders give promises of moving onto a next stage in brutality, we know there are more horrors yet to come. For this we call on you to not turn your backs on us. We call on you to stand up for justice and humanity and demonstrate and support the courageous men, women and children rooted in the Gaza Strip facing the darkest of times ahead. We insist on international action:

We call on you to join the growing international boycott, divestment and sanction campaign to hold this rogue state to account that is proving once again to be so violent and yet so unchallenged. Join the growing critical mass around the world with a commitment to the day when Palestinians do not have to grow up amidst this relentless murder and destruction by the Israeli regime. When we can move freely, when the siege is lifted, the occupation is over and the world’s Palestinian refugees are finally granted justice.

Statement of Solidarity with the Palestinian People

Unite, the biggest union in the UK and Ireland, has issued the following statement of solidarity with the Palestinian people, today (Friday 11 July).

Unite unreservedly condemns the continuing Israeli aggression against the Palestinian people and calls for the military strikes and the military build up to be halted immediately.

Unite further calls on the UK government to demand the Israeli government halt its military action and to make it clear that should it fail to do so then a move for international sanctions will be launched within the United Nations Security Council and the European Union.

The killing of the three Israeli youths was tragic and deplorable, but the retaliation from Israeli settlers and the Israeli authorities is utterly disproportionate and unjustified. In just three days, 81 Palestinians have been killed in Gaza by Israeli airstrikes. By mid-day on Wednesday 9 July 2014, the Israeli air force announced that they had dropped 400 tonnes of explosives on one of the most densely populated areas in the world, an area the size of the Isle of Wight. Horrifying death and destruction is raining down on the 1.7 million Palestinians in Gaza who, trapped in a brutal siege, cannot escape this bombing. 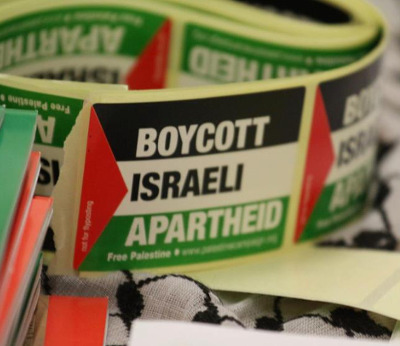 There will be no peace and no justice unless the root causes of the conflict are addressed. The roots of the conflict lie in Israel’s decades-long illegal occupation of the West Bank, the building of illegal settlements in the occupied territories, the forced take-over of Palestinian homes in East Jerusalem, and the effective establishment of an apartheid system that systematically removes the most basic human rights of Palestinians.

Responsibility for the collapse of the recent ‘peace talks’ lies firmly with Israel and its unwillingness to find a settlement based on the recognition of the rights of the Palestinians and a respect for international law. Israel’s continued construction of more illegal West Bank settlements during the whole process was nothing short of a provocation and a declaration of intent.

Unite believes Israel’s attack on the Palestinian people is nothing more than a cover up for their intransigence during the peace talks and a signal of their future intent. Israel is clearly concerned that the Palestinian people are finding a new unity and that the justness of their cause is gaining increasing international recognition and support.

At its recent Policy Conference (30 June – 4 July 2014) Unite re-asserted its solidarity with the Palestinian people and its determination to do all it can to support their struggle for peace, justice and equality.

Unite is clear about its understanding of the current situation. This isn’t about rockets from Gaza. It’s about Israel fighting to maintain its control over Palestinian lives, and Palestinian land.

It’s about the brutal siege on Gaza, and the third military assault on a trapped population in less than 6 years. It’s about more than sixty laws that discriminate against Palestinian citizens of Israel.

Unite now urges all like-minded people to join the fight for Palestinian justice by demanding an end to the military aggression and supporting the boycott, divestment and sanctions campaign, specifically support: