1. Israel must be held accountable for its measures of collective punishment of the Palestinian people.

2. Attacks on Palestinian academic freedom and their right to education are endemic to Israel’s regime of occupation and oppression.

On June 12, Israel launched a massive military operation called “Operation Brother’s Keeper.” Since then, the Israeli state has bombed the Gaza Strip, killed a rapidly rising number of Palestinians, arrested more than 500 others, and violently invaded 1,300 Palestinian sites, including three university campuses. The immediate pretext for this brutality against Palestinians was the kidnapping and murder of three young Israelis. As the Israeli military’s campaign continues, so too has racist rhetoric and Israeli violence on the ground escalated, including the June 30 kidnapping and murder of sixteen-year old Palestinian Muhammad Hussein Abu Khdeir. On July 8, as this statement goes to press, Israel has increased the level of deadly violence and destruction on Gaza with the launch of its new bombing campaign, “Operation Protective Edge.” 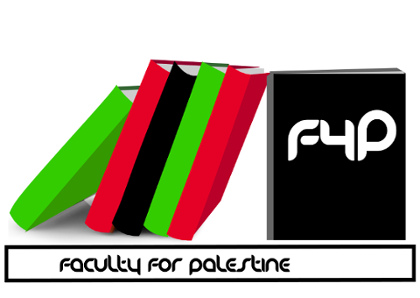 This most recent episode of collective punishment of Palestinian society highlights, yet again, how attacks on the academic freedom and the right to education of Palestinians are weapons of the apartheid regime. As part of Operation Brother’s Keeper, the Israeli military invaded Al Quds University (Jerusalem), the Arab American University (Jenin), and Birzeit University. According to Professor Samia Botmeh of Birzeit University, who is also a member of the Palestinian Campaign for the Academic and Cultural Boycott of Israel (PACBI) steering committee:

Clearly this is not a time to be forging institutional links with Israeli academic institutions.

And yet, July 8, 2014, marks the first anniversary of the Memorandum of Understanding between the Association of Universities and Colleges of Canada (AUCC) and the Association of University Heads, Israel (AUH). Signed by Canadian university presidents last summer during a visit to Tel Aviv, this new framework agreement marks a dangerous shift toward the institutionalization and normalization of Canadian university complicity in Israeli occupation and apartheid. If unchallenged, the framework agreement would allow the AUCC to act as a host and central site for creating and expanding the sorts of relations that Palestinian civil society urges us to boycott, including the coordination and regularization of research, teaching, conferences and other academic ties.

Faculty for Palestine (F4P) marks our opposition to the AUCC agreement by remembering other anniversaries this week. On July 9, 2005, more than 170 Palestinian civil society organizations issued a call for a campaign of boycott, divestment and sanctions (BDS) to pressure the Israeli state to recognize fundamental Palestinian rights. This call was issued one year after the July 9, 2004 Advisory Opinion of the International Court of Justice, which found the wall Israel built on occupied Palestinian territory to be illegal. Palestinian organizations have asked the global community to join them in challenging Israel’s brutality and its ongoing violations of international law.

In solidarity with the Palestinian people, Faculty for Palestine joins the Month Against the Apartheid Wall campaign issued by the BDS National Committee. As our contribution to the campaign, we call on the Association of Universities and Colleges of Canada (AUCC) to rescind its Memorandum of Understanding with the Association of University Heads, Israel (AUH). As recent events clearly demonstrate, pressure is required to push Israel to accept the framework of international law and recognize the basic rights of Palestinians. •

For more information visit the Faculty For Palestine website. Send inquiries to fac4pal@gmail.com.

Faculty for Palestine (F4P) formed in spring 2008 as a committee of the Coalition Against Israeli Apartheid (CAIA) in Toronto. The F4P network has grown to include over 600 faculty of all ranks (tenured, contract, emeritus, independent researchers, retired, visiting scholars) from over 40 universities and 15 colleges across Canada. F4P works in support of the Palestinian Campaign for the Academic and Cultural Boycott of Israeli (PACBI).