Stop the War in the Ukraine!

Antiwar Appeal of Left Forces in Russia, Ukraine and Belarus

On June 7-8 a conference of antiwar left forces from Russia, Ukraine and Belarus was held in Minsk. Its purpose was to strengthen the unity of internationalists of the three countries in the fight against the rampant violence, nationalist hysteria and repressions on both sides of the Ukrainian-Russian border. Below is text of the conference’s declaration. We invite others to sign it. Translated by David Mandel.

We, participants of the organizational meeting of left and Marxist organizations and groups from Belarus, Russia, Ukraine, consider it our primary task to end the civil war in Ukraine. This military conflict that followed the victory of neoliberal and nationalist forces in Kiev’s “Euromaidan” has claimed hundreds of lives and contributed to an unprecedented rise of chauvinism and xenophobia in Ukrainian and Russian societies. This war allows the ruling class to consolidate Ukrainian society around its political regime, distracting workers of both the west and east of the country from the fight for their social and political rights and opposes them to each other in the interests of the big bourgeoisie. The governments of Russia, the European Union and the United States exploit the civil war in Ukraine for the same purpose – the people dying in Donbas are pawns in their competition with each other. 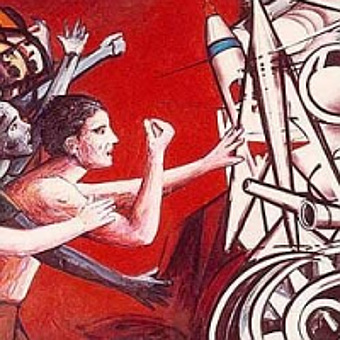 We express our solidarity to all participants of the Ukrainian left-wing movements who fight against war, nationalism and xenophobia, and we consider it necessary to provide them all possible informational, political and material support. We oppose the pressure and repression on the part of all parties to the conflict. We oppose the pogroms, torture and kidnappings whose victims have been Ukrainian leftists, anti-fascists and other Ukrainian citizens, regardless of their political views. We also oppose political persecution in Crimea.

To stop the war – that is the main task of all left democratic movements, regardless of differences on various issues of the political agenda. To this end, we believe it is necessary to coordinate the efforts of all the opponents of the war in Ukraine and to form a mass and influential anti-war movement.

We believe that an important condition for the formation of the anti-war movement is the informational and organizational consolidation of the left groups in the former Soviet space. To this end, we will initiate the establishment of a joint initiatives, the “Red Cross,” to help left activists and conscientious objectors from military service who have suffered, as well as an information network of leftist and Marxist groups of Belarus, Russia and Ukraine. • 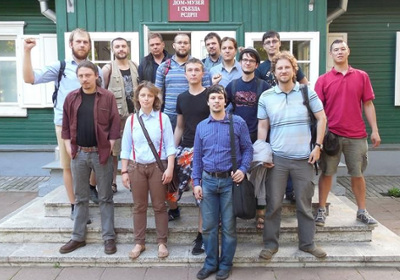