The Strategy of the Venezuelan Opposition and How it Works

The strategy and tactics of the Venezuelan opposition is a replay of events that took place leading up to the coup against Hugo Chávez on April 11, 2002 and is similar (although in some ways quite different) from the script that has been used in the Ukraine and elsewhere. The blatant distortions and in some cases lies of the media (CNN in Spanish playing a lead role) represent an essential element in the strategy. 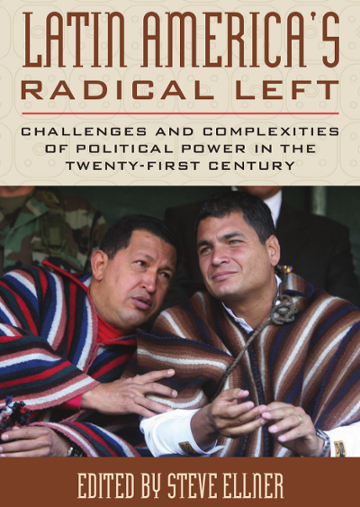 There are two main groups that the opposition has mobilized and from all appearances the two act in coordination even though their style, and even social background, differs from one another. One group is non-violent and the other engages in acts of aggression in some cases endangering lives.

On the one hand, students and other young people carry out protests which the media and the opposition deceptively call “peaceful.” These mobilizations involve to a disproportionate extent students from private universities and operate almost exclusively in wealthy areas whose mayors (and in some cases governors) belong to the opposition. The protests are not legal, even though many of the protesters are convinced (or have been convinced by their leaders) that they are exercising the constitutional right of dissent. However, nearly all of these protests take over main avenues and highways in urban areas, typically forcing traffic to a halt and then having to pass through just one lane. It often takes hours for cars to pass through these points. In most cases the protesters consist of between 15 and 80 people, and in a few cases over one hundred.

The second group sets up barricades using garbage bags, trees, boulders and barbed wire. In addition, they have dispersed oil on roads in some cases causing fatal accidents. For an excellent description of these actions in the city of Merida near the Colombian border where the violence has been most intense, see the article by Miguel Tinker Salas, who resided there over the last month: “What is happening in Venezuela?”

All efforts by security forces to get both situations under control have been portrayed in the private media as fierce acts of repression carried out by police, National Guardsmen and motorcyclists and other Chavistas organized as “collectives.” While the media generally recognizes that some of the protesters have engaged in violence, attention is focused on the so-called “peaceful protesters” with little acknowledgment of the chaos that they cause. Furthermore, these reports fail to point out that a large number of the victims including the fatal ones are Chávez supporters including security forces. In most violent urban protests throughout the world, the ratio of protesters to security forces who are wounded and killed ranges from 25 to one or 500 to one. Here the ratio may be in the single-digit range (a similar situation occurred in the Ukraine). Claims in the social media that the violent actions are provoked by “infiltrators” (the implication being that the infiltrators are Chavistas) are sometimes reflected in the media.

The script’s end game consists of a large “peaceful” protest that heads to the center of Caracas with a “vanguard” that creates violence and provokes shootings, resulting in deaths on all sides (protesters, Chavista civilians and security forces), thus forcing the government to resign or setting off a military coup. This scenario was exactly what occurred on April 11, 2002. On that occasion, the media and the opposition deceptively claimed that the government’s contingency plan known as “Plan Avila” consisted of widespread brutal repression. The opposition and media also falsely claimed that armed Chavista groups known as the Bolivarian Circles were poised to violently attack peaceful opposition concentrations and that these groups even had tanks at their disposal. The 20-some odd deaths on that day (consisting of both Chavistas and opposition) was the excuse to carry out a military coup, which the government of George W. Bush (which as documents demonstrate knew perfectly well who was behind the killings) used to justify its support for the de facto government headed by Pedro Carmona.

The Chavista government has learnt from the experience of April 11. President Nicolás Maduro and the mayor of Caracas’ “Libertador” municipality where the popular sectors are concentrated have adamantly refused to allow the demonstrators to go from the wealthy eastern part of Caracas to the
downtown area. Time and time again the protestors organize marches designed to reach the city’s center even though they have not been given permits. CNN and the media in general harp on the government’s failure to issue a marching permit as an example of the restriction on democratic liberty, without mentioning that the government has good reason to prevent marches from reaching the downtown area.

The phony issue of government repression raised by the opposition and the private media is an essential part of the script. Without the issue there is really no justification for the opposition’s sole demand for regime change embodied in the slogan “salida” (exit). Certainly there are pressing problems in Venezuela including shortages of basic (and some non-basic) commodities, inflation and delinquency. But these problems do not justify the overthrow of the government. If these were the issues, people in general would say “wait until the next elections and vote the Chavistas out of office.” Obviously, the opposition’s strategy is either create conditions that may set off a coup (which is highly unlikely given the military’s well demonstrated loyalty) or (much more likely) bring about a wearing out process in which in the next electoral cycle the average voter supports opposition candidates who distance themselves from the violence allegedly coming from both sides. •

Professor Steve Ellner has taught at the Universidad de Oriente in Puerto La Cruz, Venezuela, since 1977. He is the author of many books on Venezuelan politics, including his latest Latin America's Radical Left.